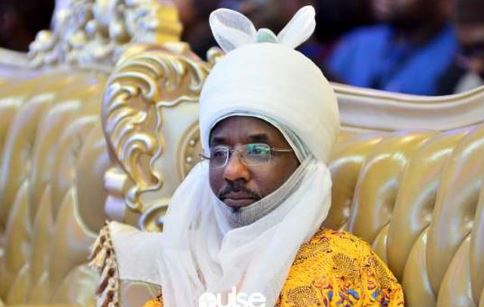 FOR the former Emir of Kano, Muhammadu Sanusi II, the Ides of March came a little too early as his less than six-year reign as emir of the ancient city in Northern Nigeria was cut short by the announcement by the Alhaji Abdullahi Umar Ganduje-led administration of his dethronement and banishment to Loko village in Nasarawa State on March 9.

Special Adviser to the Kano State governor on Media, SalisuTanko-Yakassai, told the press that the former emir’s dethronement was long in coming because he had been “…very disrespectful of the governor and his office, shunning events organised by the state government and brazenly displayed acts amounting to insubordination time and again”.

For keen watchers of his odyssey, controversies that have trailed his life and his ambition to become the Emir of Kano, with the attendant political intrigues, are reminiscent of how contentious his rise to the throne after the death of his uncle, the late Emir Ado Bayero in 2014, was. There were insinuations that he usurped the post from Aminu, the immediate past Emir of Bichi and new Emir of Kano, and son of the late emir who reigned for more than five decades.

Given the history of the Kano Emirate’s emergence in 1805 during the Fulani Jihad when the Muslim Hausa-led Sultanate of Kano was deposed and replaced by a new emirate which became a vassal state of the Sokoto Caliphate and its Fula emirate and oligarchical antecedents, we had expected that a well-educated Islamic scholar and a former Central Bank governor like Lamido Sanusi would have avoided the tragic flaws that led to his downfall. But we equally believe that the choices he made to be an advocate for good governance for not only the Kano Emirate but that of the whole Northern region and invariably the country were enough redeeming features.

The history of conflicts within the traditional institutions predates the colonial era. There are historical antecedents of conflicts and depositions of traditional rulers across the different tribes. In the old Oyo Empire, for instance, there were stories of deposed Obas being put to death or choosing suicide or self-exile to avoid a desecration of the stools. Sometimes, killing of deposed Obas was to preempt any form of obstinacy or disturbance of a new Oba. With colonial administration, they felt that death was too extreme for deposed Obas and kings and so introduced banishment. With the colonialists, the struggle for resources of the protectorates brought them into collision with various kings and Obas. The very popular Benin Ovoranmwen Nogbaisi was deposed and exiled to Calabar. King Jaja of Opobo suffered a similar fate.

Given the benefit of history therefore, we condemn the idea of banishing the former emir from his home state, and restriction of his movement. He deserves his dignity and respect. We are running a constitutional democracy which has no room for arbitrariness. It is an anomaly for a governor to banish a citizen no matter his or her status. In this century, Nigeria cannot afford to be seen to be excavating draconian colonial tools of oppression like banishment of any citizen as democracy guarantees freedom of movement and constitutional rights to liberty.

Governor Ganduje ought to have realised that Sanusi has grown beyond the emirate; he is a renowned banker that rose to become the CBN governor; that makes him a global citizen. His advocacy for a paradigm shift in policy formulation and good governance to bring the Northern region from the past to the present must be seen as progressively positive. We believe that cultures and certain religious practices can still be modernised to make them more functionally productive for the good of the same people politicians swore oaths to serve.

As for the new emir, Alhaji Aminu Bayero and his brother, we just hope that they realise the import of the creation of four new emirates done with their consent last year. At the time, it seemed a punitive move to whittle the powers of the centuries old emirate to spite a Sanusi. Today and tomorrow, history would remember the new emir and his brother for sitting at the table of division of an emirate that its past wholesomeness meant a lot religiously and culturally over many centuries before them.

While the deposed Emir Sanusi II may have his contradictions and imperfections as a human being, however, we believe that history would record his efforts to confront the leadership inertia in his region. He tried to use any available forum to debunk certain fallacies about the Islamic culture and religion, having studied same and he spoke truth to power. He feels that the region must invest in quality education for the youths, stop child marriage/almajiri and improve the infrastructure if development must happen.

The politicians hounding him must not throw the baby away with the bath water. We commend Sanusi for preaching peace even in his travails. He has shown great leadership and even his plan to seek redress in court is commendable as any other action might spark off crisis in the ancient city. We equally hope that the political class would always put the people first and obey court orders. Democracy is a government run through due processes and should not be a tool for the destruction of traditional institutions or citizens.