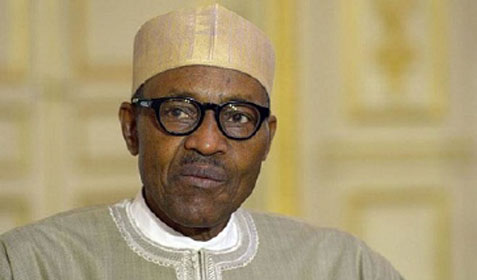 At final the Federal Government has launched the sum of N20billion for the completion of the East-West Road venture that was awarded in 2006.

The 657 kilometer twin carriage stretching from Calabar in Cross River State to Warri in Delta State was awarded by the Olusegun Obasanjo’s administration within the top of militancy within the Niger Delta however was later deserted.

The Minister of Niger Delta Affairs, Senator Godswill Akpabio, disclosed this at a meetingwith the Managing Director of the Nigerian Sovereign Investment Authority (NSIA), Federal Ministry of Finance and the Contractors dealing with Section I-IV of the East-West Road Project.

The Minister ordered contractors dealing with the venture to return to website “for the speedy completion of the project in line with the Presidential directives that Section IV of the road be completed on time to enable the people of the region experience the dividend of democracy has promised during his electioneering campaign”.

Akpabio urged the contractors to cooperate with the Ministry and return again to website, explaining that “the Ministry will soon come out with a plan of releasing N20billion to the contractors after signing the tripartite agreement in line with Presidential directives, which transferred the project to the Presidential Infrastructural Development Fund (PIDF) under the NSIA”.

According to him, “the venture which was first awarded in 2006 was scheduled for completion by the top of 2010, however this might not be achieved because of insufficient funding. The bodily progress of the East-West Road when the venture was transferred to the newly created Ministry of Niger Delta Affairs in 2008 was simply 8% of labor completed by Federal Ministry of Works and Housing.

“However, additional funding received between 2012 and 2015 from the African Development Bank (AFDB) and Subsidy Reinvestment and Development Programme (SURE-P) enabled the completion of two Sections which are now ready for commissioning. The outstanding Sections and recently awarded upgrade contracts were rescheduled for completion by 2020”.

In his remarks, the Managing Director, NSIA, Uche Orji, counseled the Minister for his renewed power and dedication to the completion of the East-West Road to perform the target set by President Muhammadu Buhari.

Orji famous that NSIA involvement within the venture is to handle the PIDF, set-up by the President in 2018, to handle key initiatives of this administration which incorporates the East-West Road, Abuja-Kano Highway, Lagos-Ibadan Expressway, Third Niger Bridge and the Mabilla Power Project. He defined that for the venture to be viable, they might be tolled initiatives to be coated by tripartite settlement.