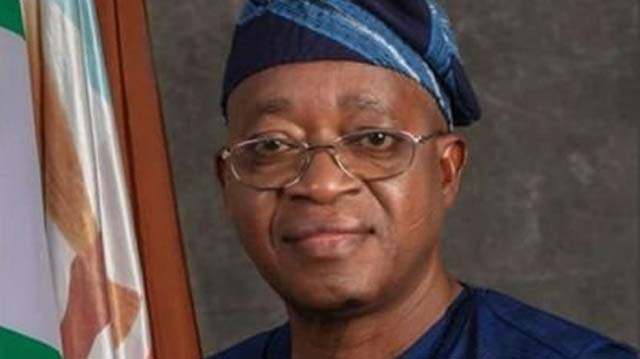 Osun Government has denied a report that six patients who tested positive for COVID-19 have escaped from the Ejigbo isolation centre in the state.

Mr Ismail Omipidan, the Chief Press Secretary to Gov. Gboyega Oyetola, in a telephone interview with News Agency of Nigeria (NAN) on Saturday debunked the story, describing it as a mere fabrication.

Omipidan said the report which has been circulating around that six persons escaped from the Isolation centre in Ejigbo did not emanate from government.

“There is nothing like that. The report is not true.

“The statement being circulated around is not from the state government because it was not signed by any government officials,” Omipidan said.

He, however, said that there was an ongoing ‘head count ‘ at the isolation centre in Ejigbo, to ascertain the veracity of the information.

Also, Mrs Funke Egbemode, the state’s Commissioner for Information and Civic Orientation, in a statement on Saturday in Osogbo, denied the report.

Egbemode said it was only two people that could not be accounted for during the head count done by a government official at the Isolation centre.

“Our attention has been drawn to a story purporting that six persons were missing from our Isolation centre in Ejigbo.

“One of the writers quoted a non-existent statement from the government to lend some measure of credibility to the story.

“Nothing can be further from the truth. As a government, we have not issued any statement to confirm or deny such story.

“Besides, a quick check showed that the name and number of the first person on the list of the purported missing patients, is indeed currently in our facility in Ejigbo.

“This morning we embarked on a headcount and found out that only two persons could not be accounted for by officials stationed at the Isolation centre out of the 127 persons.

“The state government is currently investigating the matter and will ensure that the two missing persons are brought back to the Isolation centre and we will also ensure we trace all their contacts.

“We want to reiterate that any official(s) found culpable will also be dealt with accordingly.

“We implore members of the public to discountenance the alarm being raised. We will continue to do everything to protect the lives of our citizens in this fight against Coronavirus,” she said.

Oyetola had in a broadcast on March 29, announced total lockdown in the state effective from midnight of March 31 to stop the spread of Coronavirus.