A further 809 people have now died from coronavirus in Spain, bringing the total to 11,744 deaths, according to Spanish Health Ministry figures released Saturday.

The deaths are a rise of 7.3% but are the lowest increase since March 26.

On Thursday, Spain’s death toll surpassed 10,000, and the country joined Italy as one of only two countries to report five figure death tolls.

The ministry’s most recent data shows there are now 78,733 active cases of Covid-19 in Spain, an increase of 2,511 from Thursday – but also the smallest daily rise since March 20. 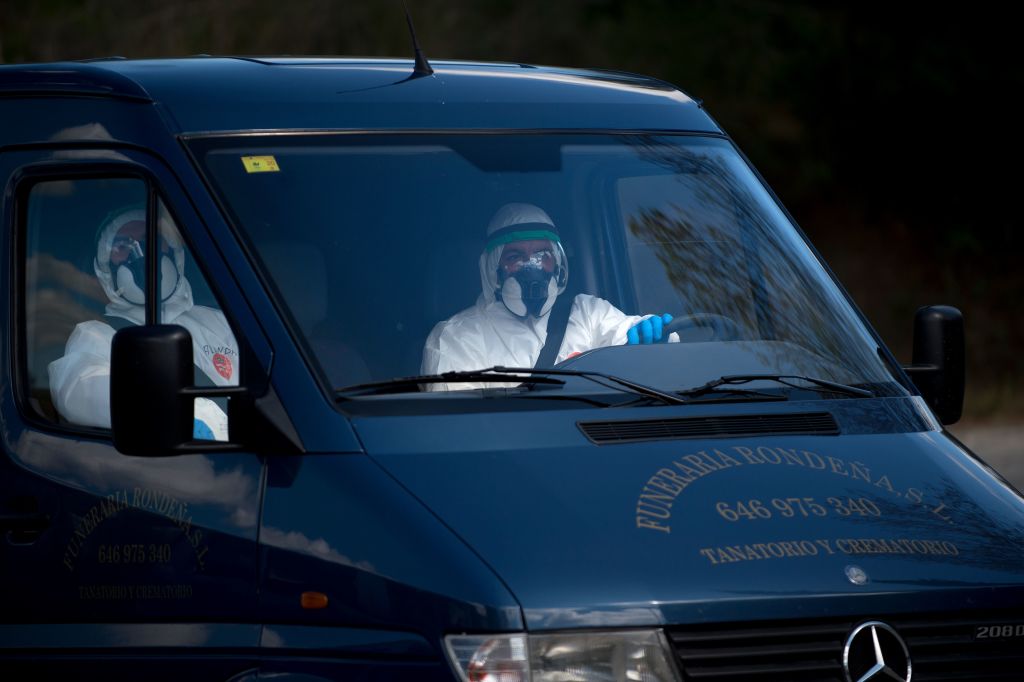 Mortuary workers in full protective gear ride in a hearse in Ronda on April 3, amid a national lockdown to prevent the spread of the coronavirus.  JORGE GUERRERO/AFP via Getty Images

A total of 6,532 people have been admitted to intensive care units since the pandemic began.

12% increase in recoveries: The Spanish Health Ministry also reports that 34,219 have now recovered from the virus – nearly 4,000 more than the number reported Friday, and a 12% increase.

The latest numbers show the number of active cases recorded has risen 3% since Friday. The peak, on March 19, was a 27% increase in one day.