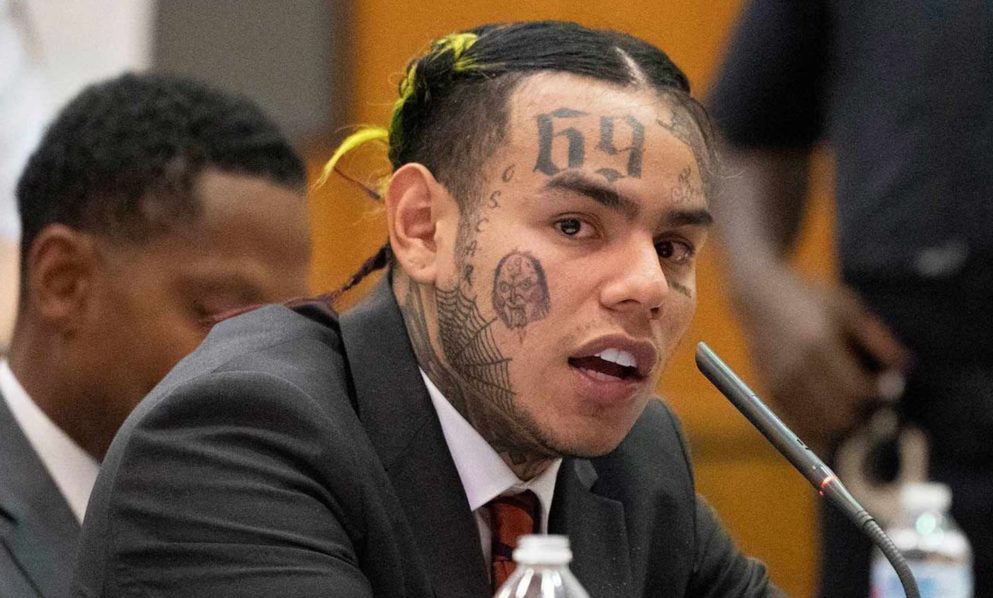 The rapper, whose real name is Daniel Hernandez, was released from federal custody and into home confinement on Thursday April 2, after a Manhattan judge granted his early release. The New York rapper will be monitored by GPS while in confinement, and can only leave if he needs to see his attorney or if he needs to seek necessary medical treatment. 6ix9ine was serving time in prison after pleading guilty to charges of racketeering conspiracy, multiple firearms offenses, and narcotics trafficking. U.S. District Judge Paul Engelmayer approved the repeated requests of his legal team, who asked that he serve the remainder of his two-year sentence at home due to concerns that his chronic asthma makes him more vulnerable to the novel coronavirus.

The judge ruled that Tekashi be released immediately from the private prison where he was being held in Queens and serve his remaining four months in home incarceration at a residential address approved by his probation officer. He was expected to be released from prison on August 2.