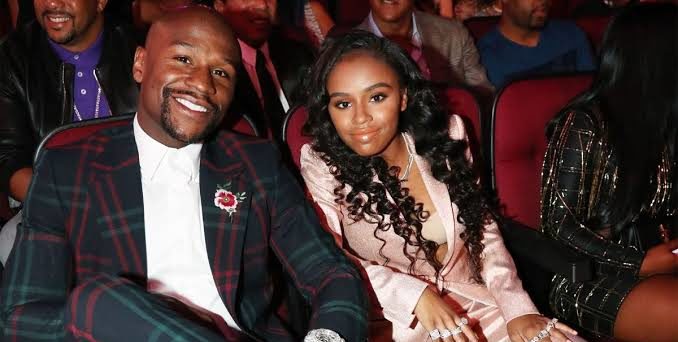 Iyanna Mayweather, the daughter of former American professional boxer Floyd Mayweather has been arrest after stabbing a woman.

TMZ reported that Iyanna Mayweather was charged with assault with a deadly weapon following a confrontation with a woman identified as Lapattra Lashai Jacobs.

The incident took place in the home of rapper NBA Youngboy. Iyanna arrived and told the woman, Lapattra Lashai Jacobs, she was Youngboy’s fiancee and Jacobs should leave the house. Jacobs then told Iyanna to leave.

The argument moved into the kitchen, where Iyanna was holding 2 knives.

Youngboy, who was home at the time, was briefly handcuffed by cops – presumably as a precautionary measure – before being released.

Iyanna told cops Jacobs had incited her by initially pulling her hair outside the house and then running into the kitchen, where the confrontation went down.

Iyanna was taken to Harris County jail at the time of her arrest and was later released on bail.
[ad unit=2