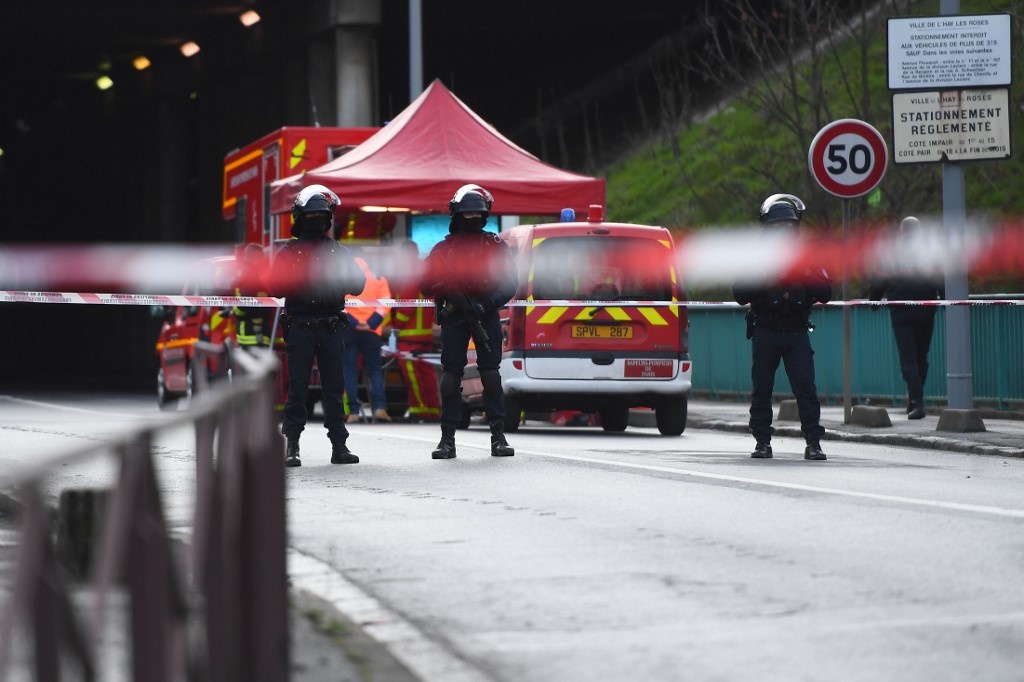 French police have arrested a third suspect, another Sudanese national, in an expanding terror probe after a knife attack in the country’s southeast left two people dead, investigators said on Sunday.

The attack in broad daylight Saturday in the riverside town of Romans-sur-Isere, took place with the country on lockdown to stem the spread of the deadly coronavirus.

Prosecutors have launched an investigation into “murder linked to a terrorist enterprise” and “association with terrorist wrongdoers” after the rampage through a string of shops in the town with a population of 35,000.

The alleged assailant, identified as Abdallah Ahmed-Osman — a Sudanese refugee in his 30s who lives in the town — was arrested without a fight.

Police later arrested a second Sudanese man at Ahmed-Osman’s home — “an acquaintance” of the alleged attacker — and on Saturday night “a young Sudanese man from the same household” as the main suspect, the anti-terror prosecutor’s office told AFP on Sunday.

Ahmed-Osman was found by police “on his knees on the pavement praying in Arabic” after the attack, said the national anti-terror prosecutor’s office (PNAT).

According to witnesses cited by local radio station France Bleu Drome Ardeche, the attacker shouted “Allah Akbar!” (God is Greatest) as he stabbed his victims.

“Anyone who had the misfortune to find themselves in his way were attacked,” the town’s mayor Marie-Helene Thoraval told AFP.

David Olivier Reverdy, from the National Police Alliance union, said Ahmed-Osman asked police to kill him when they came to arrest him.

– ‘Jumped over the counter‘
-The assailant first went into a tobacco shop where he attacked the owner and his wife, Thoraval said.

He then went to a butcher’s shop where he seized another knife before heading to the town centre and attacking people outside a bakery.

“He took a knife, jumped over the counter, and stabbed a customer, then ran away,” butcher shop owner Ludovic Breyton told AFP.

“My wife tried to help the victim but in vain.”

Five people were injured in the spree.

Two were in intensive care, but stable, one was recovering, and two have been discharged from hospital, a source close to the investigation said Sunday.

Ahmed-Osman obtained refugee status in France in June 2017, according to investigators. He was previously unknown to the police or intelligence services.

The initial investigation has “brought to light a determined, murderous course likely to seriously disturb public order through intimidation or terror”, PNAT said.

It said that during a search of the suspect’s home, “handwritten documents with religious connotations were found in which the author complains in particular that he lives in a country of non-believers”.

A source close to the probe told AFP the alleged attacher had said that “he did not remember what happened”. An initial interrogation was delayed as Ahmed-Osman was very agitated.

A psychological evaluation has been scheduled for Sunday.

President Emmanuel Macron denounced the attack on Twitter Saturday as “an odious act which casts a shadow over our country which has already been hit hard in recent weeks.”

France is in the third week of a national lockdown over COVID-19, with all but essential businesses shut and people confined to their homes.

The country has been on terror alert since a wave of deadly jihadist bombings and shootings in Paris in 2015.

In all, 258 people have been killed in France since then in what have been deemed terror attacks.