A crew member aboard the Celebrity Infinity, part of Miami-based Royal Caribbean, told CNN that one crew member died on board the ship last week.

The announcement of the death came over the PA system and in a memorial service on the ship TV channel, according to Port and Shopping Guide Julia Melim. Royal Caribbean has confirmed the death to CNN, but will not confirm its cause. There are no passengers on the ship. Melim says she is one of more than 900 crew, who are stuck off the coast of Tampa.

Melim told CNN that it wasn’t until March 28, after 14 days at sea, that Celebrity Infinity mandated that everyone on board the crew-only vessel be quarantined in their cabin with meals delivered to their doors.

Referring to Covid-19, Royal Caribbean spokesman Jonathon Fishman said: “When we were first notified on March 23 of a positive test result, we took immediate action to implement enhanced, precautionary health measures, medical monitoring, and ship sanitization protocols for the protection of our crew’s health in accordance with guidance by public health officials.” 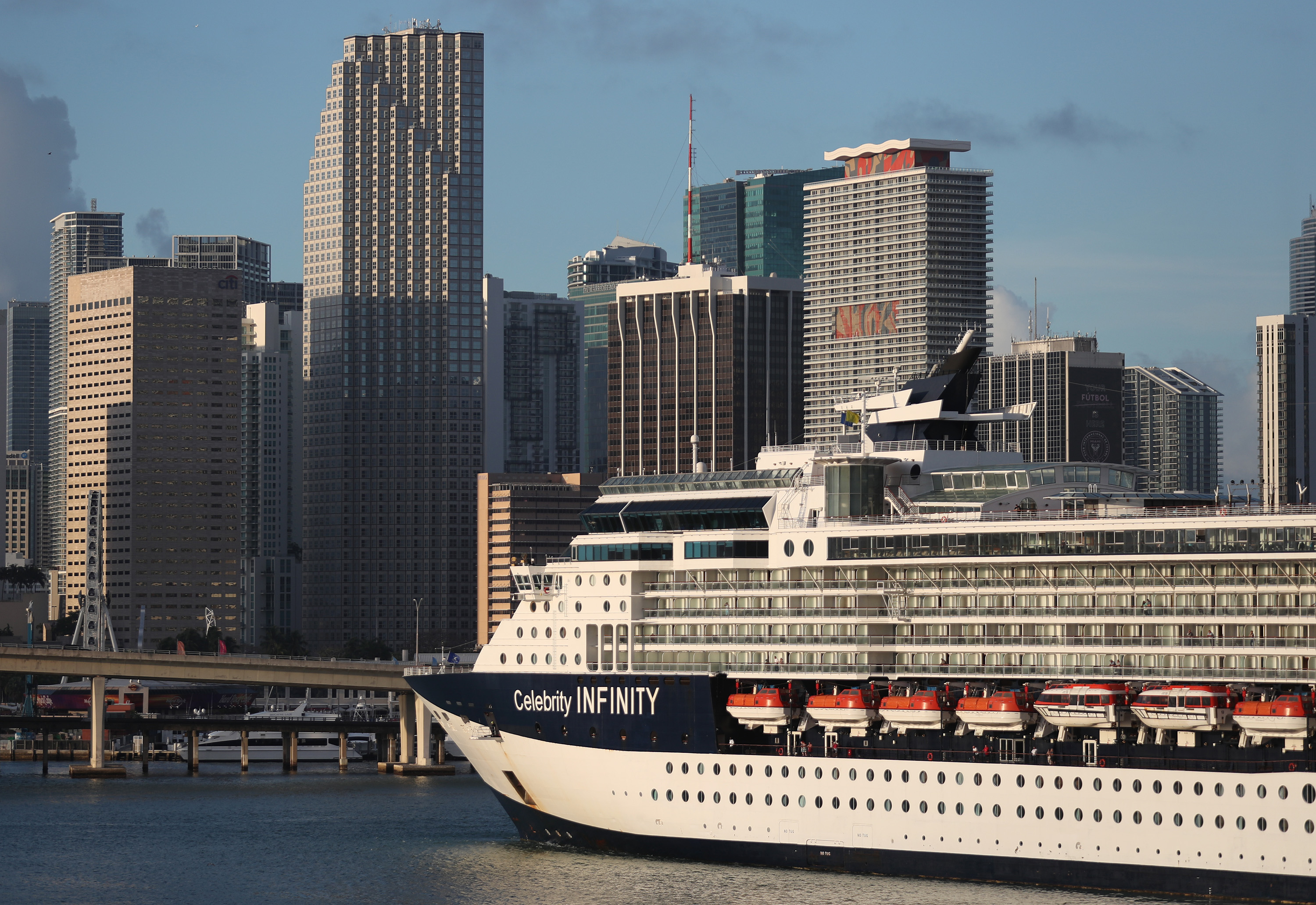 CNN asked Fishman a series of direct questions about Melim’s allegations, including how it wasn’t until March 28 that crew were confined to their cabins. Fishman responded:

“We are in continuous contact with government and public health authorities and appreciate their guidance in protecting the health of our crewmembers. The well-being of our crew is our foremost concern, and we are communicating with them directly as we continue to implement rigorous health protocols, provide medical resources and support, and follow enhanced cleaning and sanitization procedures onboard our ships.”

On March 23, the ship sent out a memo to crew members who were on the Celebrity Infinity from March 9 through 14, alerting them that a crew member who sailed on the ship during that time tested positive for Covid-19. It said they could have been exposed to the illness. The memo outlined steps for temperature checks twice a day and said to avoid contact with others.

But Melim alleges that Celebrity Infinity crew members were encouraged to participate in social events, from March 14, when the ship dropped off passengers at the Port of Miami, until March 23.

“We had like crew parties, we had live music, we had concerts, movie nights, theater performances,” alleges Melim. At one point she said hundreds of people congregated at the ship’s auditorium. And even after March 23, Melim says the ship still required the crew to get buffet-style meals in a dining area full of people and had them walk through the ship for daily temperature checks.

Melim says she tried to raise concerns verbally with her colleagues at meetings about the need to social distance, but she says she was immediately shut down.

“They made me feel I was crazy to even bring it up. Anytime anyone raised a question, it was the general response: the ship is the safest place to be,” she said.

Melim says it wasn’t until the ship was anchored at sea and had no other option other than stay on the ship, that on March 27 the Celebrity Infinity first started revealing there were people with “flu-like symptoms consistent with Covid-19 onboard the ship,” Melim told CNN.

“And they said there were no confirmed cases, but they didn’t have any test kits onboard. So there is really no way they could have had a confirmed case,” she said.

CNN has seen a memo sent by the doctor on the Celebrity Infinity to the ship and managers on board on March 25, saying in part: “As we have seen how quickly this virus has spread around the world, I think we need to increase our public health measures around the ship. We need to start increasing our social distancing from each other before it is too late.”