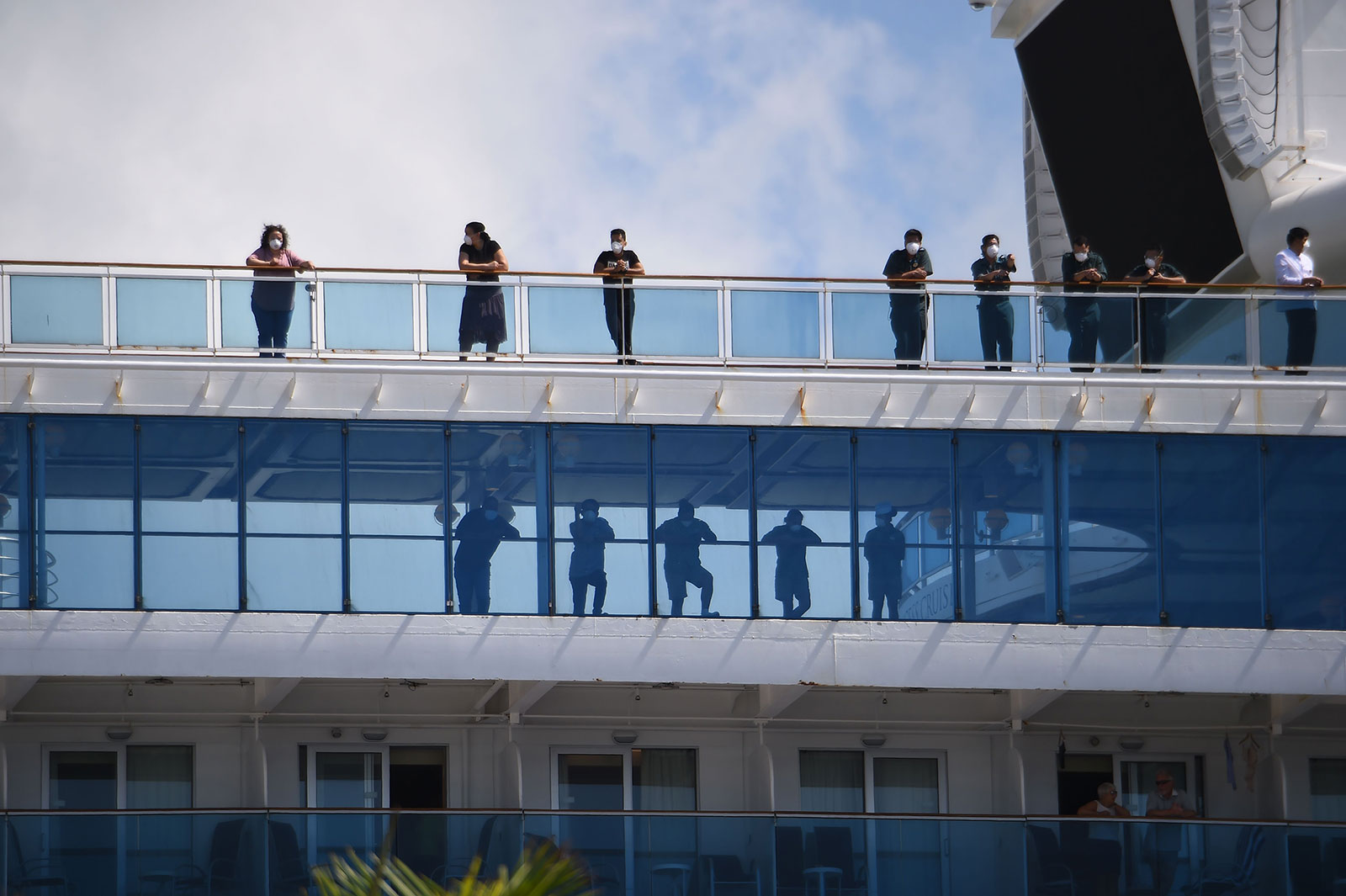 Passengers look out from the deck of the Coral Princess cruise ship as it docks in Miami, Florida, on April 4. Chandan Khanna/AFP/Getty Images

The Department of Homeland Security and Centers for Disease Control and Prevention are finalizing new restrictions that are expected to prohibit cruise ship passengers and crew arriving in the US from boarding domestic commercial flights, according to a person briefed on the matter and an administration official.

The restrictions would apply even to people not showing symptoms and would require 14-day quarantines for cruise passengers and crew.

While officials are working on the new protocols, they have not been finalized, according to the sources.

These new protocols would likely be agreements between cruise ship companies and the government, requiring that they be followed for these ships to dock at specific ports, the administration official said.

The official said that there could be a range of exceptions and specific circumstances that would divert from the new protocols, specifically as it relates to foreigners on the ships.

If adopted, the new restrictions would limit cruise passengers and crew to flying on charter aircraft.

The US Coast Guard said Saturday there are 114 cruise ships, carrying 93,000 crew members, either in or near US ports and waters.