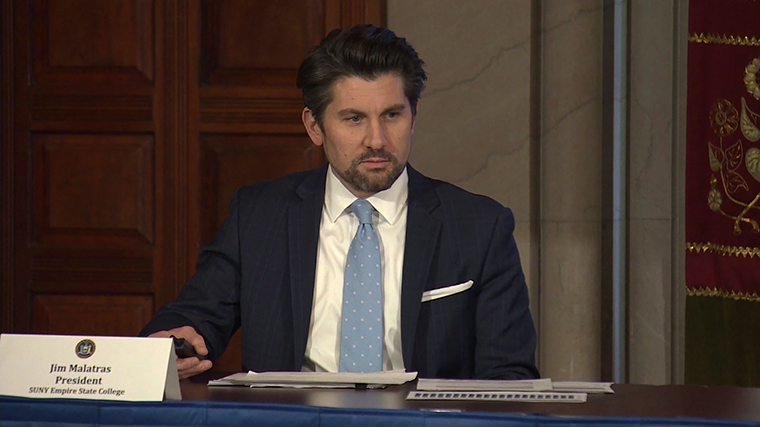 New York could be at the apex of coronavirus cases according to new projections shown at a press briefing.

“This could suggest that we are indeed, potentially, at the apex or beginning to be at the apex at this moment,” he said.

Some of the initial models predicted that up to 110,000 beds would be needed for coronavirus patients alone, and another that suggested 55,000 beds were needed. Both of the early models showed the peak — or apex — occurring at the end of April.

Malatras said a new, more optimistic projection can be attributed to social distancing.

“We saw the folks looking at those types of model says it was going so what activities and actions could you take to aggressively lower that overall number,” Malatras said. “The answer really was, and what the governor’s been doing, was aggressively enforce and enact social distancing to lower the overall number and this number, and the current data suggests that is exactly what’s happening.”

Remember: Malatras said that while the new model is hopeful, New York Gov. Andrew Cuomo will continue to take it one day at a time.