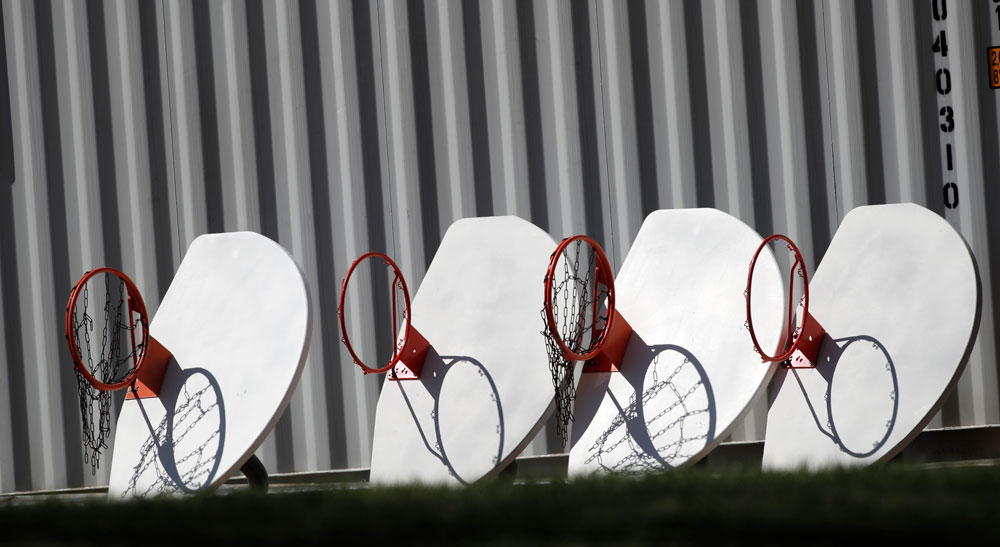 Basketball hoops and backboards, removed from city parks, sit in a row outside a storage facility as a statewide stay-at-home order remains in effect in an effort to reduce the spread of the virus on Monday, April 6, in Wheat Ridge, Colorado. David Zalubowski/AP

Colorado is extending its statewide “stay at home” order for another two weeks, said Gov. Jared Polis in a televised state address today.

The extended order is now planned to end on April 26.

“If there is any way to safely end it sooner, I will. And likewise, if Coloradans are not staying home and the number of dying or dead continues to pile up, it could go longer,” Polis said.

At the start of the national outbreak, Colorado was seeing its cases double every one and a half days. Now, it has slowed to doubling every six or seven days.

“That means the spread of the virus is beginning to slow,” Polis said.