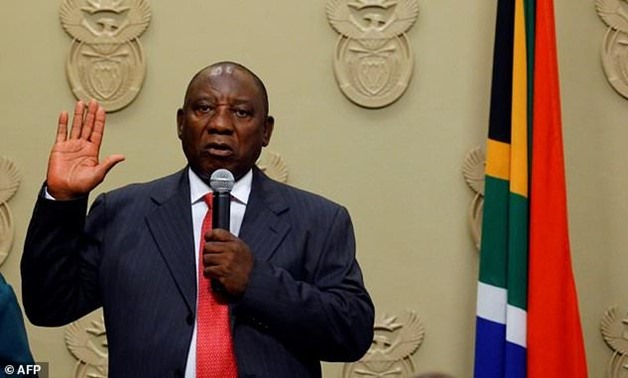 South African President Cyril Ramaphosa said Monday he has summoned a minister who was photographed lunching at a friend’s house at the weekend in breach of the coronavirus lockdown.

Ramaphosa last month ordered a three-week national lockdown to try to slow the spread of the coronavirus, which has infected 1,686 and killed 12 in the country.

But a picture posted on Instagram showing Communications Minister Stella Ndabeni-Abrahams having lunch with five other people at the home of a former deputy minister has sparked an outcry on social media.

“It was great to host a former colleague and dear sister Cde Stella Ndabeni-Abrahams on her way back from executing critical and essential services, required for the effective functioning of our country during lockdown,” read the caption accompanying the since deleted post.

The picture appeared on the Instagram timeline of former deputy education minister Mduduzi Manana, who resigned in 2017 after pleading guilty to assaulting three women in a nightclub after they referred to him as gay.

Ramaphosa said he has asked the communications minister to explain herself.

“I have seen the picture of Minister Ndabeni-Abrahams sitting at a luncheon with a number of friends,” Ramaphosa said in Johannesburg.

“I’m going to have a discussion with her about the impact of visuals like those on what we are trying to do, because we are trying to instil a clear message to all our people that social distance is important,” Ramaphosa said.

“Let us stay at home, let us not be going around with visitations and if you have to it must be work-related,” he said.

Last month, just two days into the lockdown, Social Development Minister Lindiwe Zulu was forced to issue an apology after she posted a video on her Instagram account, joking about how she was struggling to stay home.

“Together with all South Africans, I am also frustrated with our current situation and how this epidemic continues to cripple our economy and our social system,” she said, adding that she had not intended to play down “the severity of the virus”.