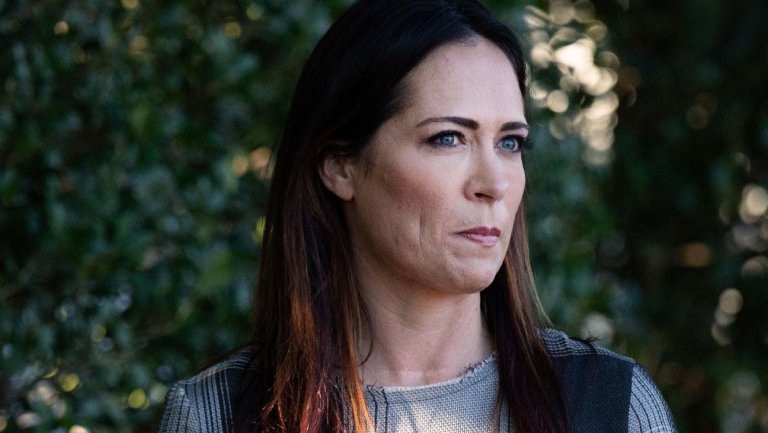 President Donald Trump’s chief spokeswoman Stephanie Grisham, who never held a single press briefing in a White House where Trump runs much of the communications himself, stepped down Tuesday.

“First Lady Melania Trump is today announcing that Stephanie Grisham will be rejoining the East Wing full time as chief of staff and spokesperson,” a statement said.

A replacement as White House press secretary will be announced in “the coming days,” Grisham said.

Grisham took up the once high profile job in June last year but has been largely invisible, amid Trump’s relentless campaign against what he considers unfairly critical journalists.

Grisham’s departure could also signal the start of a wider personnel shake-up by Trump’s new chief of staff Mark Meadows.

Meadows is the fourth person in that crucial job while Grisham was the third press secretary, having taken over from Sarah Sanders.

The longtime presidential tradition of daily West Wing press briefings held by the press secretary all but died under Sanders, who had a combative relationship with most journalists covering the White House.

Under Grisham, not a single such event took place, largely reflecting her boss’ transformation of presidential public relations and his tempestuous relationship with the media.

Most of her public appearances took place in the shape of softball interviews on Fox News, which increasingly serves as the White House’s conduit for getting its message to the country.

Trump tweets daily, sometimes well over a dozen times a day, putting out everything from random thoughts on politics to announcing major policies or personnel changes.

But unlike previous presidents, he takes frequent questions from White House journalists before flying on the Marine One helicopter or during what used to be drama-free photo opportunities in the Oval Office.

Ironically, the abandoned White House briefing room has been given new life by Trump himself during the coronavirus crisis.

He now appears at the podium daily for marathon question and answer sessions.

During the briefings Trump is not accompanied by his press advisors and largely runs the events himself, choosing which reporters will speak and commenting on the supposed fairness of their questions.

Trump has made lashing out at journalists a pillar of his political brand, regularly calling reporters “fake” or “disgraceful” or “second rate” before television audiences of millions.

At his campaign rallies, he routinely encourages the large crowds to turn and boo the small group of journalists covering the event.