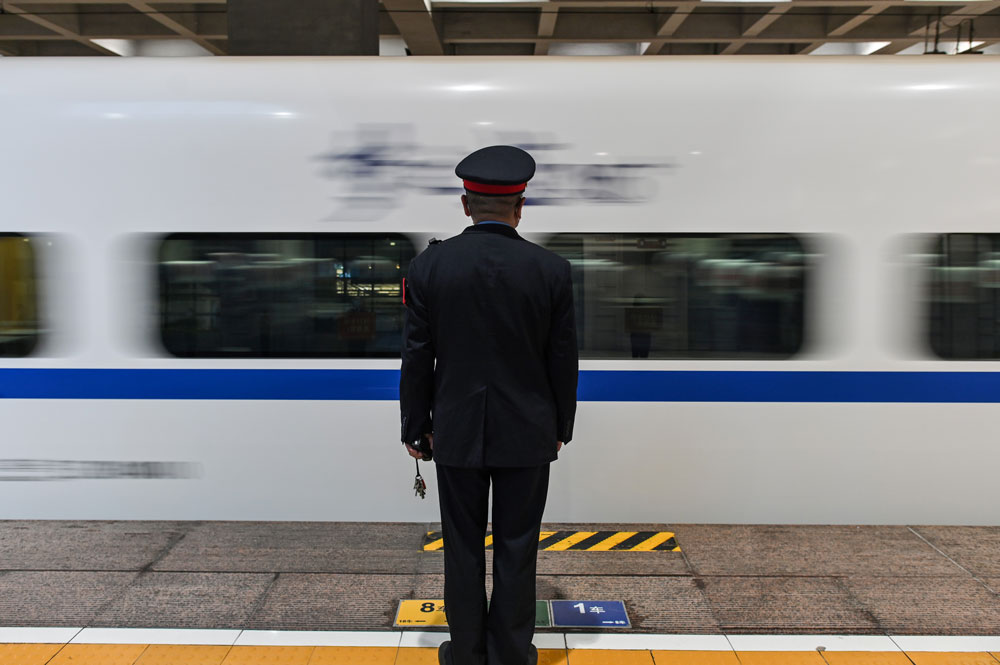 A controller stands by as one of the first trains to leave the city after an outbound travel ban was lifted departs Hankou Railway Station in Wuhan, in China’s central Hubei province, early on April 8. Hector Retamal/AFP/Getty Images

China has ended its lockdown of Wuhan, the original epicenter of the coronavirus crisis, as the city reemerges from a deadly outbreak that is now raging across the globe.

But even as Wuhan reopens its borders after 76 days, some restrictions within the city will remain in place, and officials warn that the threat of further infections remains far from over.

The metropolis of 11 million, where the coronavirus was first detected in December, had been sealed off from the outside world since January 23 in an unprecedented effort to contain the outbreak.

What this means for Wuhan: On Wednesday, healthy residents and visitors will finally be allowed to leave Wuhan, the capital of Hubei province, with trains and flights resumed and highway entrances reopened.

Wuhan’s railway authority estimated more than 55,000 passengers will leave Wuhan by train Wednesday, with about 40% bound for the Pearl River Delta region, a major manufacturing hub in China, according to state broadcaster CCTV.

What this means for China: The easing of travel restrictions on Wuhan is the latest milestone in China’s fight against Covid-19. The country reported nearly zero new local infections in recent weeks, leading to similar restrictive measures being lifted for other parts of Hubei province late last month.

Luo Ping, an epidemic control official in Wuhan, told CCTV Sunday that the lifting of the lockdown marks a “full restart” of the city’s economic and social activities from their previous “suspension.” But he warned the city faces an arduous task preventing imported cases and a recurrence of local infections.

“After work and production resumed, the movement of people increased and so did the risk of cross-infections from mass gatherings. Some residents have dropped their guard and don’t wear masks when they go on the streets,” he told the broadcaster.
“The reopening of Wuhan does not mean the all-clear, neither does it mean a relaxing of epidemic prevention and control measures (within the city),” he said.