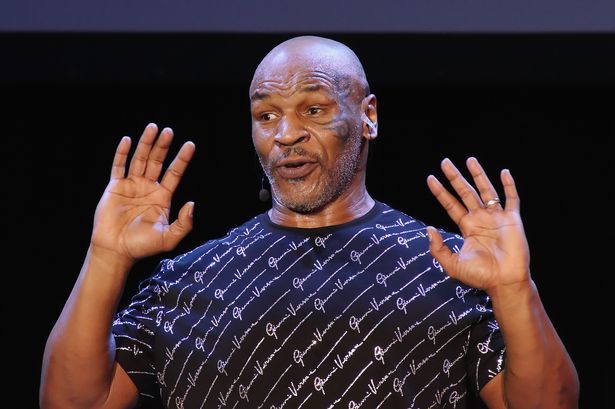 Boxing legend Mike Tyson has revealed how he once offered a zookeeper $10,000 to let him fight a gorilla.

The 53-year-old retired boxing champ made this known to The Sun saying that the gorilla was bullying other animals in his enclosure.

He recounted how the zoo was closed when he and his ex-wife Robin Givens visited and he paid an employee to re-open it for them.

He then offered further cash to be let into the gorilla enclosure so he could “smash that silverback’s snot box” after watching him give the other gorillas a hard time.

Luckily for the gorilla, the zookeeper wasn’t having any of it.

“I paid a worker at New York’s zoo to re-open it just for me and Robin,” Tyson once told The Sun.

“When we got to the gorilla cage there was one big silverback gorilla there just bullying all the other gorillas.

“They were so powerful but their eyes were like an innocent infant.

“I offered the attendant $10,000 to open the cage and let me smash that silverback’s snot box! He declined.”

We recently reported that Tyson expressed regret about owning three tigers as pets.

Tyson famously owned the exotic animals in the 1990s and even let them sleep next to him in bed. But following the release of the Netflix series ‘Tiger King’, documenting the underground world of owning and breeding the big cats, he said he regrets keeping the ferocious animals as pets.

“I was foolish,” Tyson said on an Instagram Live session.

“There’s no way you can domesticate these cats 100 percent. No way that’s going to happen. They’ll kill you by accident, especially when you’re playing rough with them, you’re punching them back. They get hyped up, hit you back and you’re dead.

“I used to sleep with them. I’m just happy I educated myself. It was late. But I was doing the wrong s***. I shouldn’t have had them in my house, believing they were domesticated. I was wrong.”

In his prime,  Tyson was the youngest heavyweight champion in history and went on to unify the division.

He famously won his first 19 fights by knockout, 12 of them in the first round.

In an interview with The Sportsman, the former world heavyweight champion said that he does not fear death saying he is “looking forward” to death.