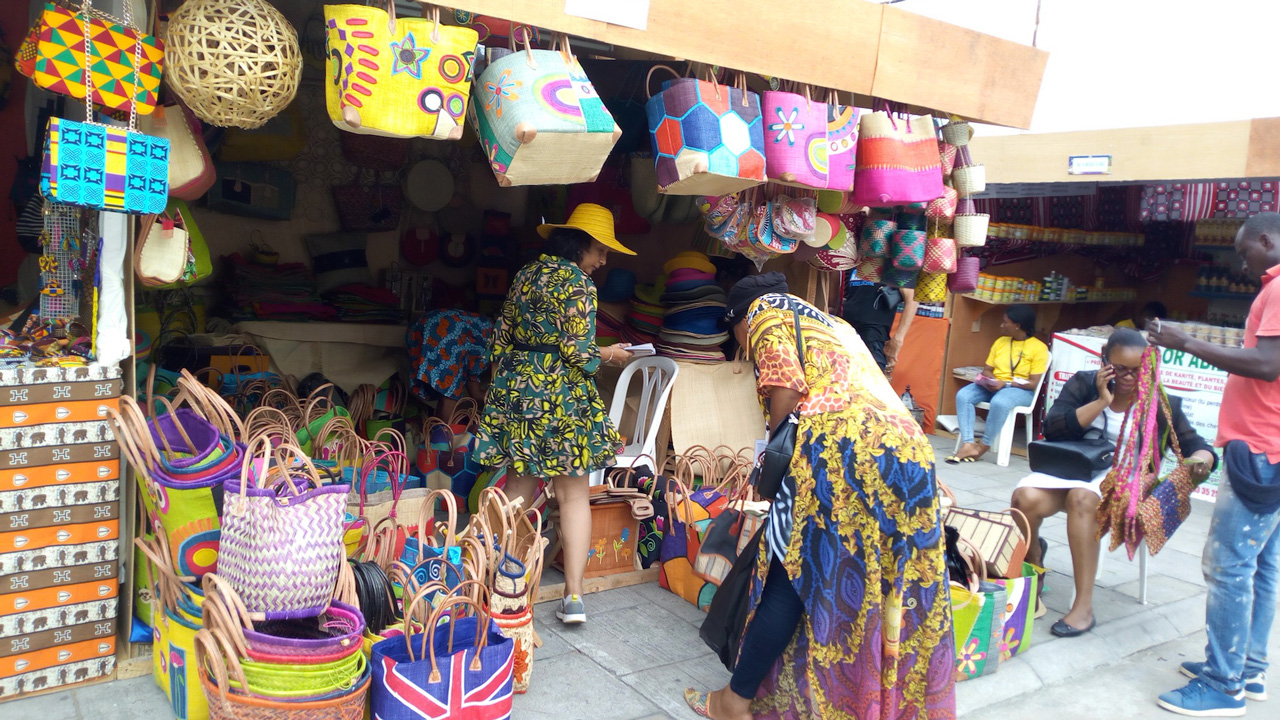 Culture market at the event

The 11th Market for Abidjan Performing Arts (MASA) may have ended in Cote d’Ivoire’s capital city, Nigerian participants will, however, not forget some of the gains and lessons of the cultural fiesta in a hurry.

Held between March 7 and 14, the yearly cultural market is used to promote African performing arts, by bringing together young and established artists, art promoters, producers and marketers from Africa and beyond.

This edition saw an increase in the number of countries and artists that participated. Aside from African at home and those in the Diaspora, there was participation from Europe, US as well as Canada, who the organisers designated guests of honour.

Organised by the Ministry of Culture and Tourism, the opening ceremony, which held on March 7, attracted the art community and also the political class, including the Ivoirian Vice President, Kablan Duncan, the Culture Minister, Maurice Bandama, as well as the Director of MASA, Professor Yacouba Konate.

The whole activities held at the Culture Palace — an open ground at the bank of a river — that accommodates two gigantic edifices comprising multiple halls, offices, conference rooms as well as indoor theatres.

The availability of spaces made it less cumbersome for the organisers to entertain the 192 arts groups that were billed to perform in the course of the one-week market.

On hand to exploit possible business opportunities with music artists, dancers, dramatists, storytellers, comedians and animators were over 400 professional groups and companies present at the event.

In spite of the huge crowd, the logistics and programme of events were efficiently managed by the organisers.

One of the Nigerian art enthusiasts that attended the market admitted that if not for high level of diligence by the organisers, it would have been a serious challenge managing the crowd.

“This is the year they had the highest turnout of artists. The market was the biggest in terms of diversity of participants.

“Previous editions were dominated by African countries but this very edition witnessed attendance by artists and arts marketers and promoters from across the world including, Colombia, Haiti, US, Canada and Africans in the Diaspora. Canada alone brought in over 130 artists,” he stated.

The high turnout of participants, no doubt, was a huge plus for the country as it provided a huge market for the local community. Food vendors, dealers in indigenous fabrics, fashion accessories; traditional medicines and souvenirs took advantage of the population to make brisk business.

Aside from generating revenue for the local economy, local artists had opportunity to network. They were also exposed to a lot of international influences and technical development.

“There was cross learning which was not very prominent in previous editions. Local artists had the opportunity of interacting with foreign counterparts. They developed learning and contacts in the course of the market.

“MASA is a performing arts market rather than a festival. It was a unique concept,” an observer stated.

However, the only Nigerian representative at the market was Atanda Adeniji with his Afrojaz group.

The young artist, who was mounting an international stage for the first time, said it was a memorable experience.

He performed thrice during the festival and on each occasion, he was greeted with cheers and excitement from the audience.

But beyond the exposure, the artist said the experience got him worried about Nigerian government’s apathy towards performing arts in particular and the arts in general.

He said: “I learnt a lot. I actually learnt that there are so many things going on out there in the entertainment industry in Africa that we don’t know about in Nigeria. Aside from Felabration and Carnival Calabar, we don’t festivals and markets for the performing arts.

“MASA afforded me the opportunity to meet other artists from across the world. It was a good experience for me,” he said.

“Each time we go on stage, they are excited. They love Fela and love Nigerian music. They respect our music but they complained that we don’t organise events and festivals as we ought to.

“If such an event could hold in Abidjan, Nigeria should host something bigger as the giant of Africa.

“I am appealing to government to kindly organise activities in Nigeria. The country is becoming boring for performing artists.”

Manager of Afrojaz Group, Mr. Theo Lawson, described the performance of the group as very exciting considering that it was their first international exposure. Listing gains of the market to the group, he held that “they were able to build network across West Africa.

“They were happy the way their music was received in the three performances they held. For them, it was a life time experience – like the peak of their career,” he said.

Lawson further described MASA as a well-organised market where hospitality and the arts market were efficiently coordinated.

“The local economy would have done very well. Restaurant owners were given opportunities to operate as food vendors.”

Considering the benefits of the market to the local artists, Lawson maintained that Nigeria has failed itself by not harnessing talents and opportunities embedded in the creative industry.

He wondered if Nigerian government would ever consider it worthwhile to commit such effort towards the promotion of performing arts. “The government has failed the art sector,” Lawson insisted.
Canadian Council for the Arts and lessons for Nigeria

Canada was one of the countries that featured prominently at MASA. Having contributed to the development of the market, the country was named the guest of honour.

As if to live up to its position, the country sponsored over 3,000 artists through its arts and culture agency – Canadian Council for the Arts.

The Executive Director of the council, Mr Simon Brault, who spoke to The Guardian, gave insight into the commitment of government to performing arts development in the country.

According to him, the council is not just funded by government, its independence and freedom from interference and politics is the hallmark of the sector’s development.

He said: “The way the system is built is that once the fund is released to the council, the government does not interfere as to how it is disbursed for the development of the sector and in terms of support for artists and arts organisations.

“There is a complete independence in terms of how we make our policies and how we make decisions on who gets funding. This helps is to guarantee artists’ freedom of speech and ensure that the art is not politicised by the government.

“It has been in place for more than 60 years and within these six decades, never was there an example of government trying to interfere with the activities of the council.”

Brault informed that artists could only access government support through the Council based on the assessment of the projects or performance.

“Once they have judgment on their performance and artistic merits, the council releases fund to make the projects possible. The council is supporting arts creation and presentation in Canada, but beyond that, we also support the outreach of our artists and artistic organisations around the world.

“So, in any given year, we support hundreds of projects that are initiated by the Canadian artists or Canadian artistic companies and most of the time, in collaboration with artists coming from all over the world.”

Brault added: “For MASA, the Council reached an agreement with the organisers to have Canada as the guest of honour. It means that we made it open in Canada for any artistic group that would like to participate to apply and we supported selected artists.”

He also confirmed that a total of 130 artists, producers had come from Canada.

“It is an important presence for Canada in MASA. We see it as an important opportunity and that is why we multiplied the number this time.”

Brault said he was enthusiastic about partnering his counterparts in Nigeria for the promotion of arts and artists.

“We would like to come to Nigeria. Although there are no much cultural relationships but we are cultural people. We hope to will ridge the bridge because there are so many talents there,” he said.