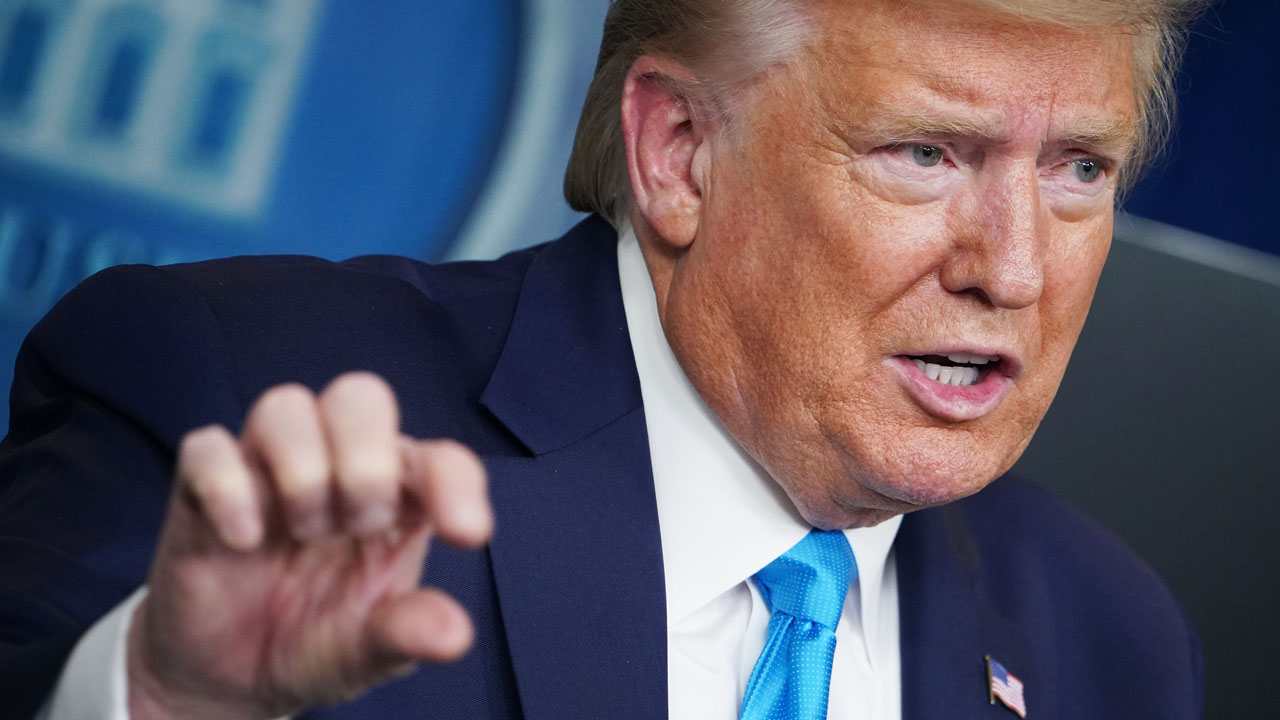 US President Donald Trump speaks during the daily briefing on the novel coronavirus, COVID-19, in the Brady Briefing Room at the White House on April 7, 2020, in Washington, DC. (Photo by MANDEL NGAN / AFP)

President Donald Trump on Tuesday threatened to cut US funding to the World Health Organization, accusing it of bias toward China during the coronavirus pandemic.

Trump told reporters he was “going to put a very powerful hold on” funding to WHO, the UN body whose biggest funding source is the United States.

“We’re going to put a hold on money spent to the WHO,” said Trump, who pursues an “America First” agenda and has previously criticized other UN and multilateral agencies.

He gave no details about how much money would be withheld and minutes later during the same press conference he said: “I’m not saying I’m going to do it.”

“We will look at ending funding,” he added.

According to Trump, the WHO “seems to be very biased toward China. That’s not right.”

His comments built on an earlier statement on Twitter in which he accused the WHO of being “very China-centric.”

Trump asked why the WHO had given “such a faulty recommendation,” apparently referring to the UN body’s advice against curtailing international travel to stop the virus which first spread from China.

“Fortunately I rejected their advice on keeping our borders open to China early on,” Trump wrote, referring to his decision to ban travel from the country.

China faces criticism in Washington, particularly from Republicans, over the way it handled the pandemic and Trump has expressed doubt over the accuracy of Chinese statistics for cases and deaths.

However, Trump himself has been widely criticized for initially downplaying the virus, which he likened to an ordinary flu and said was under control in the United States, before later accepting that it was a national emergency.