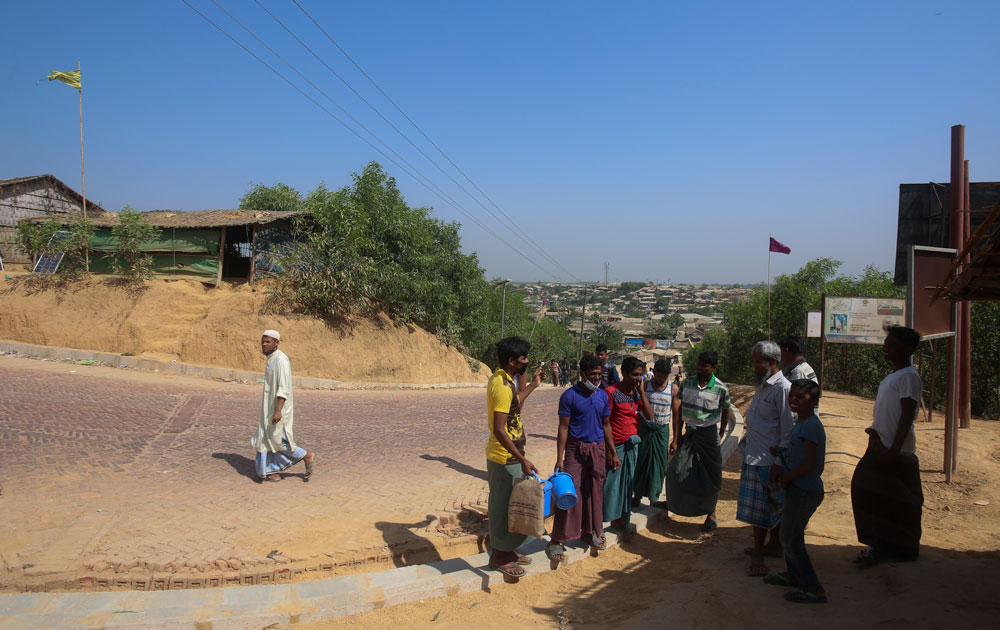 Bangladesh has imposed lockdown restrictions on its southern district of Cox’s Bazar, in an attempt to prevent the spread of coronavirus from reaching the sprawling and crowded refugee camps that house about 1 million Rohingya people.

Under the restrictions, which went into effect on Wednesday, all roads, waterways and air routes are sealed for any in- and outbound public transport, Deputy Commissioner for Cox’s Bazar Kamal Hossain told CNN.

“People are advised to stay inside their homes,” he said.

Food supplies, medicine and other life-saving emergency services are exempted.

“People may experience inconvenience in the beginning but in the long run it will save their lives. Food and medical services are open in full swing in Rohingya camps. As the camp areas are overcrowded, it is important to protect the area from coronavirus,” Hossain said.
“District administration has asked all concerned to ensure the well-being of Rohingya community during this difficult time.”

The announcement comes about two weeks after the district reported its first coronavirus case. Bangladesh has more than 200 cases of Covid-19 and 20 deaths, according to Johns Hopkins University.

The camps, located about an hour’s drive from Cox’s Bazar city, are home to as many as 1 million displaced people — the largest such refugee settlement in the world.

Many of the refugees have been languishing in the overcrowded camps since fleeing persecution and violence in neighboring Myanmar.

There are concerns that an outbreak in the camps – where social distancing is almost impossible and there is limited access to adequate hygiene and health facilities — would be disastrous.

Non-essential services in the camps have stopped: In late March, the Bangladeshi government confirmed that most services in the refugee camps would be suspended, in an attempt to prevent an outbreak of the virus. However, emergency work would continue.

UNHCR is building an isolation and treatment center in the camps: The UN refugee agency said the facility, which will provide care for up to 200 people, will help the refugee and local population. “We are in a race against time,” said UNHCR country representative for Bangladesh, Steven Corliss in a video statement.