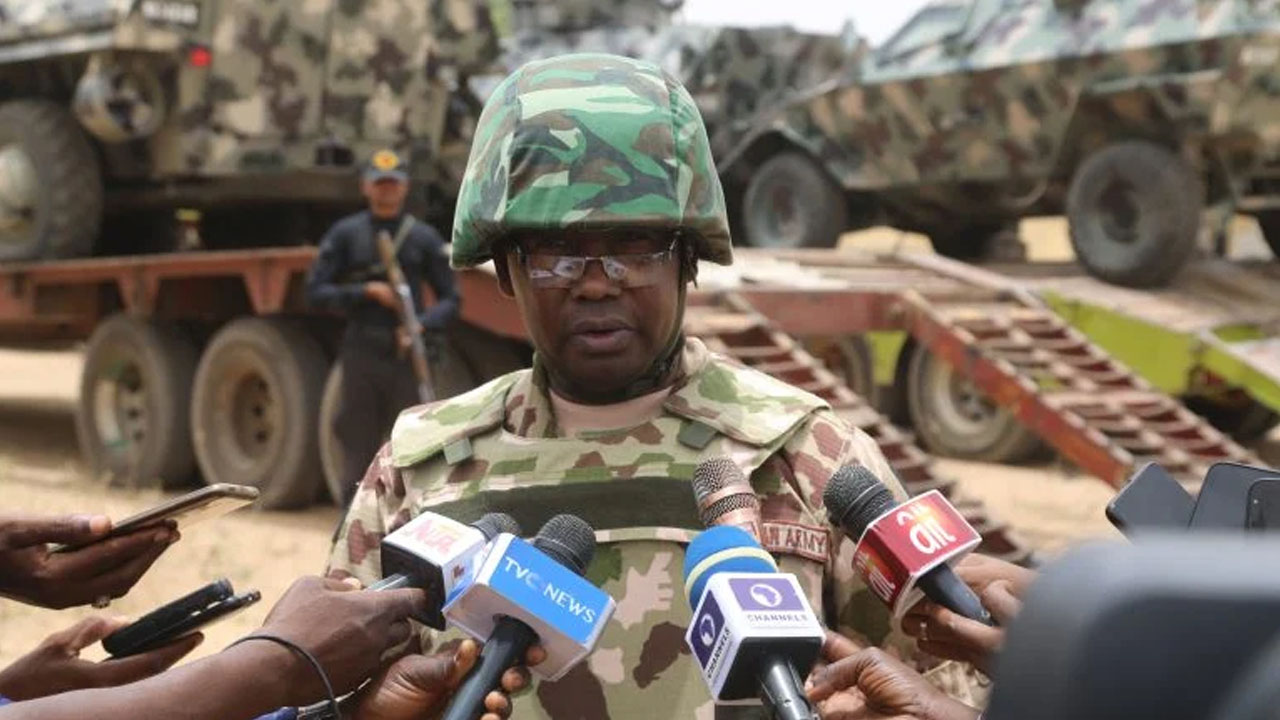 The Nigerian Army has refuted the claim by a Chadian Army Officer that the Chadian forces were occupying some Nigerian territories in the fringes of Lake Chad region waiting to handover.

Musa said that the clarification was necessary to correct the impression that the Nigerian forces were not on the ground in some areas around the Lake Chad region.

He added that the Nigerian military and the Chadian forces had been working together under the Multinational Joint Task Force (MNJTF) which has its headquarters in N’Djamena, Chad.

According to him, the press statement allegedly made in Baga-Sola Headquarters Sector 2 MNJTF Chad by the Chadian senior officer, one Col. Azem Aguna on April 9 in this regard was not correct.

“The Nigerian Army’s attention has been drawn to the said statement now circulating on social media claiming – “the security and Defence forces of Chad are deeply stationed in the islands of Niger and Nigeria wanted to handover to the respective army (sic) of these friendly nations.

“Nigerian Army wishes to state that there is no Chadian or any other foreign country’s troops on the Nigerian side of the Lake Chad or in any other part of the Nigerian territory.

“As a responsible organisation, the Nigerian Army finds it necessary to clear the wrong impression or misinformation for history and posterity as well as to avoid spreading falsehood and mischievous publications,” he said.

Musa stated that the Chadian operation at the Chadian side of the Lake Chad area was with the knowledge and support of Nigeria in line with the existing multilateral co-operation between the countries.

He added that the support was in honouring and furtherance of the existing multi-lateral cooperation between the Lake Chad Basin Commission (LCBC) countries under the MNJTF.

“The operation was especially welcomed and supported by the Nigerian Army because it would deny the insurgent’s rear and logistics bases in Chad from where they often plan and launched attacks into Nigeria.

“It is hoped that the Chadian forces will sustain operations on their side of the border to permanently deny Boko Haram criminals of rear bases from where they can launch operations into Nigeria.

“For the avoidance of doubt, the Chadian Operation BOMA WRATH took place only in Chadian territory and not on Nigerian territory.

“The Nigerian Military is fully committed and in total support of the continued cooperation between Cameroon, Chad, Niger and Nigeria to finally and speedily decimate Boko Haram/ISWAP Criminals and put final end to terrorism in the region.

“Members of the public are requested to disregard the claim and misleading information that – “the Chadian security and Defence forces are deeply stationed in the islands of Nigeria waiting to handover,” he added.

News Agency of Nigeria (NAN) recalls that the statement credited to the Chadian Defence authorities had been in circulation in different platforms since Thursday.