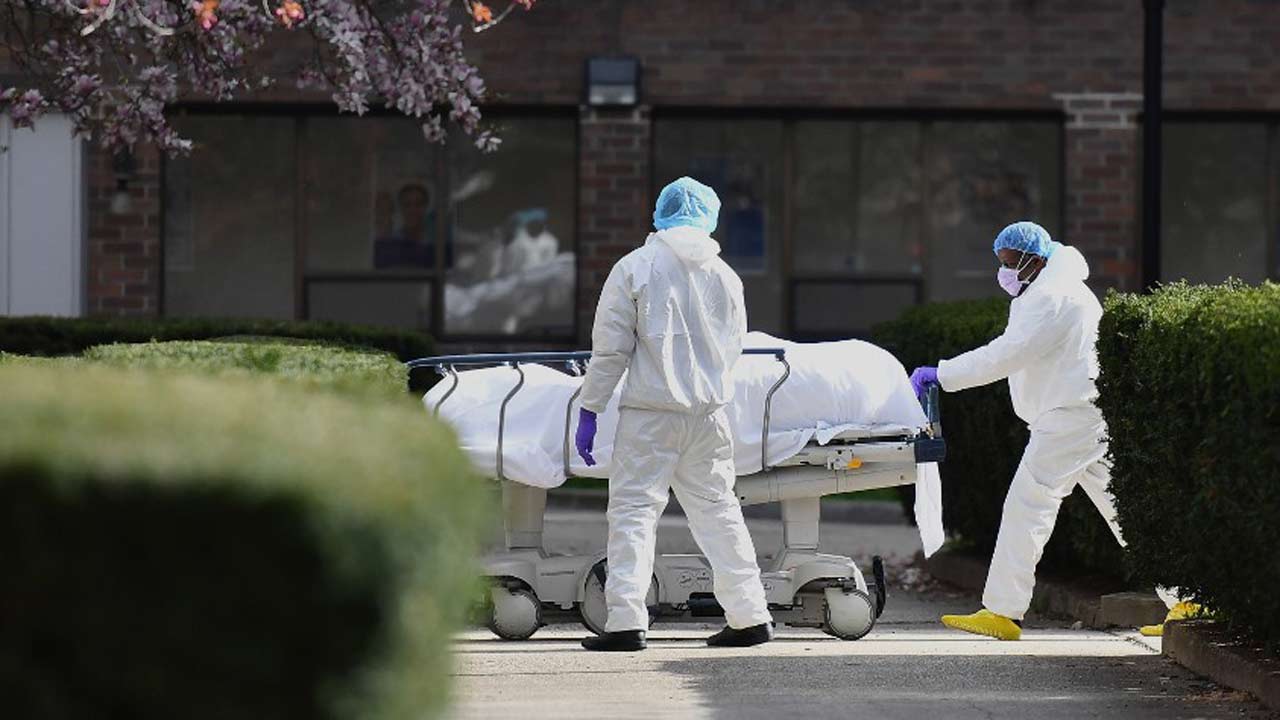 The global coronavirus death toll topped 100,000 Friday as Easter celebrations around the world kicked off in near-empty churches with billions of people stuck indoors to halt the pandemic’s deadly worldwide march.

The grim milestone came as the World Health Organization issued a dire warning that prematurely lifting lockdown restrictions — which have kept more than half the world’s population in lockdown — could spark a “deadly resurgence” of the disease.

The extraordinary measures from New York to New Delhi to Naples have seen businesses and schools closed in a desperate bid to halt the virus’s relentless spread and the International Monetary Fund said the world now faces the worst downturn since the Great Depression of the 1930s.

More than 1.6 million people have been infected around the world and the death toll hit 100,661 on Friday — nearly 70 percent in hard-hit Europe.

The United States, which has quickly emerged as a virus hotspot, clocked more than 1,700 new deaths on Thursday — bringing its toll to second highest after Italy — with more than 500,000 infections, by far the most of any country.

But even as deaths and infections continued their upward climb, officials in the United States and Europe expressed some hope the curve could be starting to flatten.

Weekend Easter celebrations that would normally see churches around the world packed with parishioners were replaced by an eerie emptiness Friday as lockdown orders kept millions from leaving their homes.

Even such hallowed traditions as the pope’s Easter message are being revamped — Pope Francis will live-stream from the seclusion of his private library.

“We have to respond to our confinement with all our creativity,” the pontiff said. “We can either get depressed and alienated… or we can get creative.”

Worshippers in Germany embraced social distancing orders to celebrate Good Friday — at a drive-in service held in the western city of Duesseldorf.

“It was a sad feeling at first because I would have liked to be in my church,” Catholic priest Frank Heidkamp told AFP, as hundreds of congregation members gathered in a parking lot for the service.

“With this car service we’re trying to create a little bit of community,” he added.

‘Deadly resurgence’
More than four billion people are confined to their homes across swathes of the globe as governments imposed never-before-seen measures to halt the virus’s deadly global march.

This week, China started to ease months-old lockdown orders in Wuhan, where the virus first emerged in December.

Governments in Europe are facing pressure to strike a balancing act between keeping their populations safe without battering economies already bruised by widespread shutdowns.

“I know that some countries are already planning the transition out of stay-at-home restrictions. WHO wants to see restrictions lifted as much as anyone,” WHO chief Tedros Adhanom Ghebreyesus said.

“At the same time, lifting restrictions too quickly could lead to a deadly resurgence. The way down can be as dangerous as the way up if not managed properly.”

Some countries, especially in Asia, are worried about a possible second wave of infections imported from travellers as life creeps back to normal.

Boris Johnson walking
In some countries, glimmers of hope may be emerging.

Spain, the third hardest-hit country, saw its lowest day toll in 17 days, after Prime Minister Pedro Sanchez said the “fire started by the pandemic is starting to come under control”.

France reported close to 1,000 new deaths Friday — but said the number of patients in intensive care fell for the second day in a row.

Italy’s toll stood at more than 18,000 Friday, the highest in the world, but daily rises in new infections have slowed dramatically.

Still, the government said Friday it would extend lockdown orders until May 3.

Britain’s toll climbed too, with 980 new deaths, and the government resisted calls to lift lockdown measures.

But spirits were lifted there Friday when virus-stricken Prime Minister Boris Johnson showed signs of recovery after a three-day stay in intensive care following his COVID-19 diagnosis at the end of March.

“The Prime Minister has been able to do short walks, between periods of rest, as part of the care he is receiving to aid his recovery,” a Downing Street spokesman said.

In the US, Anthony Fauci, the government’s top pandemic expert, said the country was “going in the right direction” after a slight drop in the US daily death rate from Wednesday’s record toll of 1,973.

Great Depression
The fallout is shaking every corner of the financial world, and the IMF, which has $1 trillion in lending capacity, said it was responding to calls from 90 countries for emergency financing.

EU finance ministers agreed the 500-billion-euro rescue package after late-night talks Thursday, aiming to reduce the pain across the 27-nation bloc, especially in Italy and Spain.

“Europe has decided and is ready to meet the gravity of the crisis,” French Finance Minister Bruno Le Maire tweeted.

The US Federal Reserve also threw a lifeline to Americans — some 17 million people there have already lost their jobs — and chairman Jerome Powell announced a $2.3-trillion financing measure “to provide as much relief and stability as we can”.

And major oil producers except Mexico agreed to cut output after a dramatic slump in demand caused by the virus, exacerbated by a Saudi-Russia price war, sent prices crashing to a near two-decade low.

Despite hopeful signs in Western nations and China, there are fears the worst is still to come in much of the developing world.

War-torn Yemen, which has been experiencing one of the world’s most acute humanitarian crises, on Friday reported its first case.

Brazilian authorities confirmed the first deaths in the slums of Rio de Janeiro, where overcrowding and poor sanitation have raised fears of a catastrophe.

There are similar fears in India, where hundreds of millions of poor people are becoming increasingly desperate.

“I keep hearing that the government will do this and that. No one has even come to see if we are alive or dead,” Rajni Devi, a mother of three, told AFP in a slum on the outskirts of New Delhi.