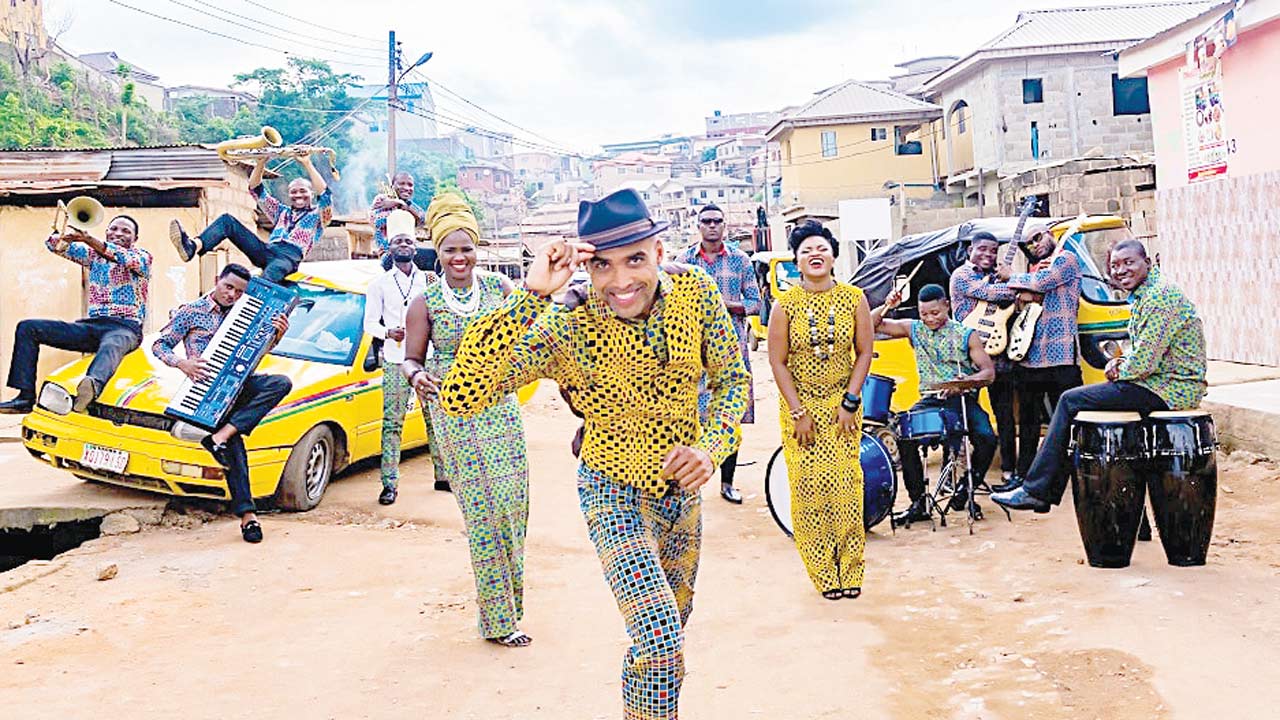 Three years after their critically acclaimed album, international tours and live collaborations that has seen them work with the likes of Burna Boy, Yemi Alade, Seun Kuti and others, BANTU returns stronger than ever with a new single Disrupt The Programme, which dropped yesterday.

Over the years, the Lagos based 13-piece band has won a loyal and dedicated following, thanks to their unique fusion of energetic Afrofunk and Afrobeat grooves laced with razor sharp horns and politically charged lyrics.

Led by Nigerian-German singer Ade Bantu, this collective of singers and multi instrumentalists, has been steadily honing their skills and raising the bar of individual musicianship through studio recordings and their dedicated seven years old live music platform Afropolitan Vibes, voted one of the world’s best music events of the moment” by The Village Voice.

With Disrupt The Programme, a hard-hitting, horn-driven Afrofunk track, BANTU tackles the many incidents of insurgency, kidnapping, corruption and vote rigging with a sonic urgency and unyielding determination that provides a much needed break from the common themes of contemporary Nigerian music. It is obvious from the song’s sing-along chorus line that the band’s lyrics are intended to rouse a citizenry that has become so comfortable with the state of the nation; it has replaced the immediacy of political protests with social media hashtags.

The song’s strong lyrics are also mirrored in an accompanying video clip featuring Nigerians taking to the streets, with fists and placards held aloft.

In a statement about the new song, the band’s leader Ade Bantu said, “The freedom of expression, the right to protest and of peaceful assembly is being threatened in Nigeria. Disrupt The Programme and its video, remind us that in the face of social and political injustice, we cannot afford to be silent. We must speak up and let our voices be heard; we must disrupt the programme,” he said.

The single sets the tone for BANTU’s 6th studio album, Everybody Get Agenda, which will be released later in the year.