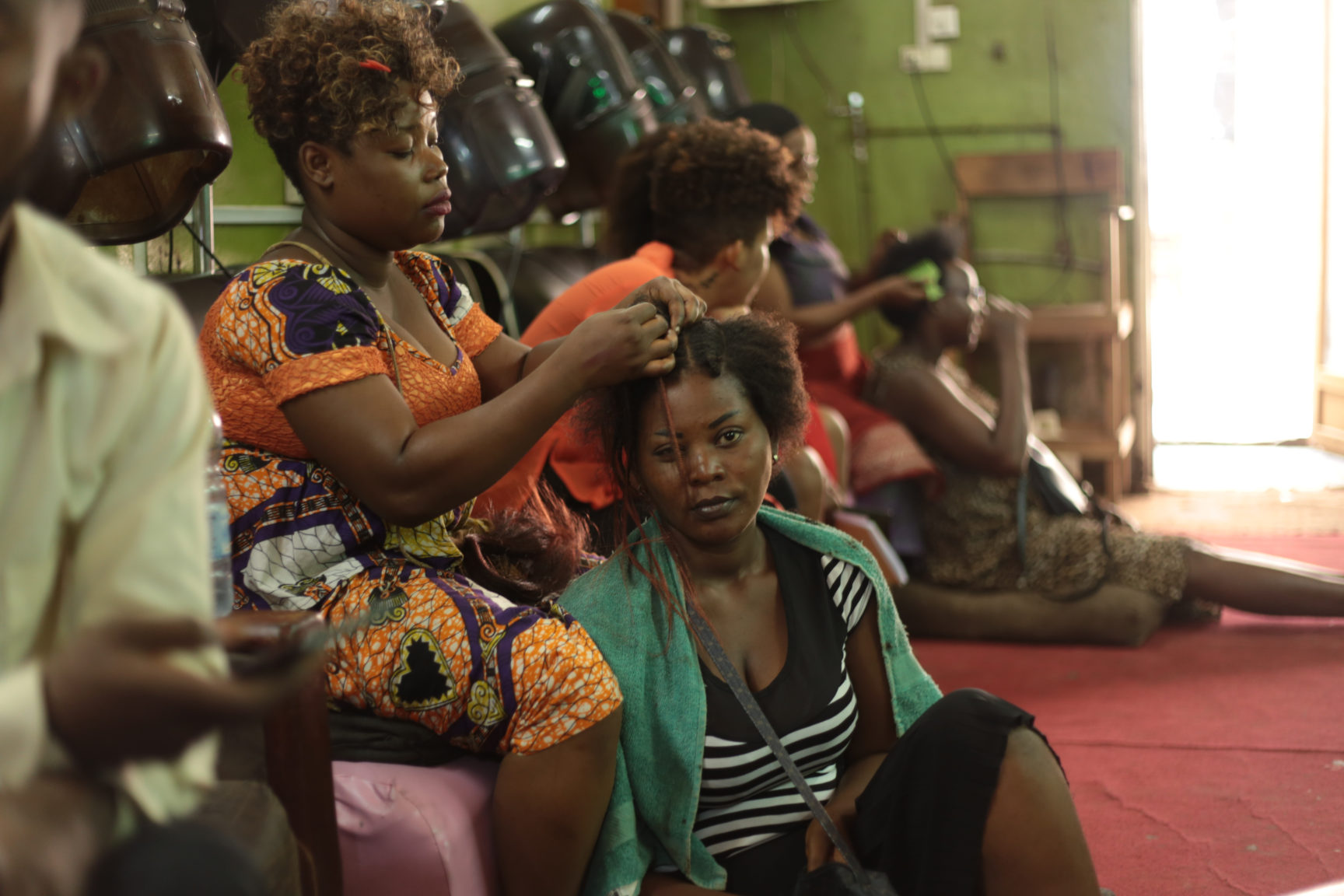 Women wait in a salon in Bujumbra, Burundi, on April 9, 2020, as daily life continues despite 3 positive cases of COVID-19 coronavirus. Photo by Tchandrou Nitanga / AFP)

In Burundi, the delayed arrival of coronavirus was attributed to “God’s protection”. Now that the country has three cases, authorities again see divine intervention at work and little reason to interrupt everyday life.

The ruling party has sought to reassure Burundians they need not worry about the deadly pandemic sweeping the globe, allowing life to proceed as normal and even pressing ahead with a presidential election scheduled for May 20.

“Do not be afraid. God loves Burundi and if there are people who have tested positive, it is so that God may manifest his power in Burundi,” said General Evariste Ndayishimiye, the presidential candidate for the ruling CNDD-FDD party.

“If there have been three cases here… I’m told they are doing well, and know the coronavirus is killing people everywhere else,” he told supporters at a political gathering last week, to hearty applause.

While strict lockdowns have brought life to a halt in cities across Africa and the world, restaurants and bars remain open in Burundi, with authorities ruling out similar curbs on citizens’ freedoms.

Weddings and funerals are proceeding, thousands of faithful are flocking to churches and mosques, and bustling markets remain open and trading in the landlocked country of 11 million.

Political life also charges ahead, with Ndayishimiye and his main rival for the presidency, Agathon Rwasa of the CNL party, on the campaign trail and staging competing rallies.

Even more astonishing still, Burundi remains one of the few countries on Earth to keep its first and second division football leagues running — just with spectators required to wash their hands and subject to a temperature check.

But not all share the government’s faith and optimism.

“Everyone is afraid we’re going to wake up with an explosion of cases in the country, even if we Burundians are ‘God’s favourites’,” said a resident in Bujumbura, the main city.

Elections at any cost?
Some banks are enforcing social distancing measures and hand-washing stations have been introduced at the entrance to many shops and restaurants.

The government has also taken some measures, broadcasting public health messages on television and radio, while the international airport in Bujumbura was closed three weeks ago.

Its land borders have been shut to Rwanda — which placed its population under strict confinement on March 21, prohibiting all but the most necessary movement outdoors — and the Democratic Republic of Congo.

Only its border with Tanzania remains open, an economic lifeline allowing for heavy vehicles and imports to pass.

The government said 675 people were in quarantine across Burundi as of Wednesday.

“We have documented that these containment sites are overcrowded and unsanitary, which increases the risk of an uncontrolled spread of the virus,” Lewis Mudge, head of Central Africa at the rights group Human Rights Watch, told AFP.

“When quarantine is imposed, the government is obliged to guarantee access to food, water, housing and health care,” he said.

Diplomats, UN officials and civil society groups have expressed serious concern about Burundi’s capacity to cope with an epidemic.

It has so far tested around 50 people with symptoms of COVID-19, the disease caused by the coronavirus, or who have been in contact with those known to be sick, according to figures published by the health ministry.

Burundi was among the last countries in the world to confirm a case of the virus, with three people testing positive last week.

“It’s as if the government is doing everything it can to avoid discovering new cases and having to postpone the elections,” a Burundian activist said on condition of anonymity.

A diplomat who also asked not to be named said all official decisions taken around coronavirus so far had been “political, not medical, with the general elections on May 20 to be organised at whatever cost.”