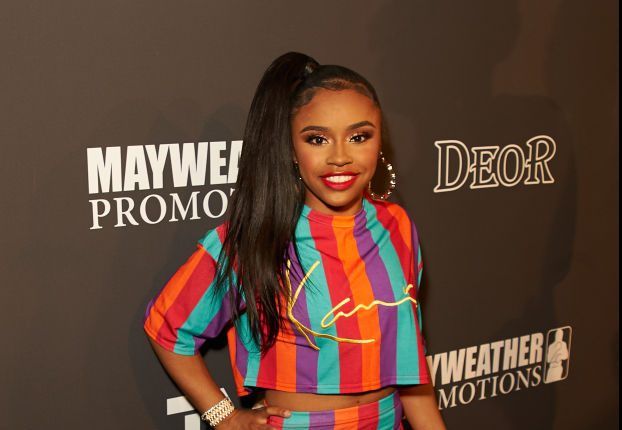 Floyd Mayweather’s 19-year-old daughter, Iyanna – better known as Yaya – could spend 99 years in prison after allegedly getting in a dispute with a woman over rapper NBA YoungBoy.

During the early hours of April 5, Yaya got into an argument with Lapattra Jacobs, a woman who has a child by YoungBoy, according to The Blast.

Yaya wanted Jacobs to leave YoungBoy’s home in Houston and at some point during the argument, things escalated and she allegedly stabbed Jacobs.

Jacobs was hospitalized and Yaya was arrested. However, Youngboy, who was home at the time, was briefly handcuffed by cops – presumably as a precautionary measure – before being released.

According to Yaya,  Jacobs had incited her by initially pulling her hair outside the house and then running into the kitchen, where the confrontation went down.

She was later charged with aggravated assault with a deadly weapon, a felony that could lead to a $10,000 fine and up to 99 years in prison.

Over the past week, NBA YoungBoy has gone viral a few times. In addition to dealing with two women fighting in his home, he’s also aired his beef with fellow rapper Kodak Black on social media.

At the time, Floyd Mayweather is yet to respond to Yaya’s recent run-in with the law.