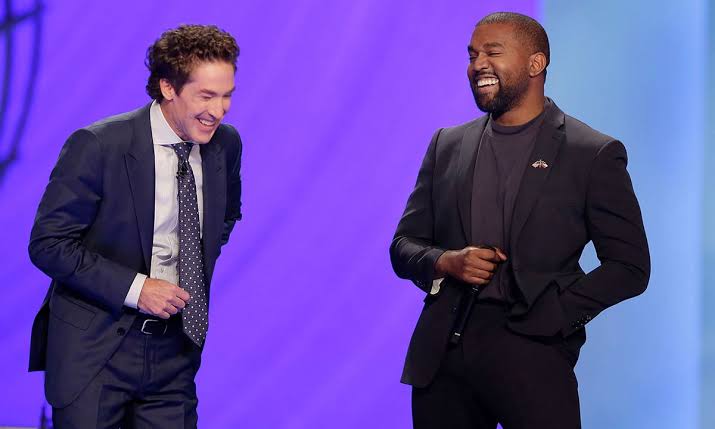 Kanye West has pulled out of Pastor Joel Osteen’s virtual Easter Sunday concert over safety concerns amid the coronavirus pandemic.

Kanye West and his Sunday Service Choir were scheduled to join Joel Osteen for a special Easter performance. The original plan was that the choir would be masked and maintaining social distance while recording songs with Kanye.

The 42-year-old rapper eventually decided that he could not satisfy either his artistic desires or his safety concerns with these arrangements, TMZ reports.

“I had known Mariah from years past” Pastor Joel Osteen said during a chat with TMZ explained that Carey had summoned him to help her “do her part to bring hope and uplift the nation,” by putting together a tribute to health-care workers and first responders on the front lines of the coronavirus pandemic.

On why he included Perry to his guest list, Osteen said his congregation will be thrilled to see his longtime friend back again. “He’s a very powerful speaker,” he says. “People at Lakewood love him.”

Kanye began his Sunday Services at the beginning of last year, eventually drawing such celebrity guests as Brad Pitt, Justin Bieber and Chance The Rapper.