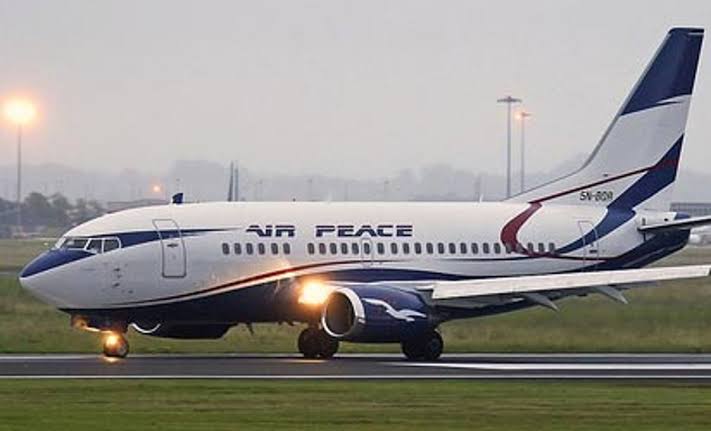 Air Peace has denied reports that three of its crew members absconded from the quarantine facility of the Lagos Government.

Its Chief Operating Officer,  Mrs Toyin Olajide, made the denial in  a statement issued in Lagos on Sunday.

Olajide was refering to one of  its aircraft operated by Boeing B777-200ER (P4 5-NBVE) which airlifted medical supplies and some Chinese  medical personnel who arrived at the Nnamdi Azikiwe International Airport, Abuja, on April 8.

According to her, all the crew members that operated the flight which included six pilots, eight cabin crew, two engineers and one dispatch officer are still quarantined under the supervision of the Lagos State Government.

She explained that at the onset of the flight to China, the crew members were tested for the COVID-19 and each of the members tested negative.

Olajide said that  the airline followed the Nigerian Civil Aviation Authority (NCAA) protocol to ensure that the crew members were protected from any form of exposure to the virus.

She said that on arrival at Beijing airport none of the crew members came out of the aircraft,  while the aircraft was loaded with medical supplies.

”The Chinese medical team boarded the aircraft from the central door and stayed in the business class cabin before the take off of the flight to Nigeria,” she said.

She said that the International Civil Aviation Organisation (ICAO) approved standard protocol to protect flight crew during the COVID-19 pandemic and those of NCAA were adopted.

According to to her,  it was this protocol that Air Peace followed in conducting the flight to Beijing.

Olajide said that the crew members did not know that they would be quarantined on arrival, but when the aircraft landed in Abuja, the concerned authorities suggested it.

” Air Peace argued against it because it followed NCAA protocol in conducting the flight, so discussions on it was inconclusive when the flight headed to Lagos,” she said.

According to her, the airline later learnt that while the flight was airborne to Lagos, Abuja  directed the Lagos State Government to quarantine the crew on arrival.

“While the engineers and the dispatcher went down to the foot of the aircraft to secure it, the Lagos State government’s health team took the pilots and the cabin crew to quarantine.

”We called on them and they went to the quarantine facility where they have been ever since then.

”So, the report that indicated that members of our crew ran away from quarantine is not true. It is a report written in bad taste and it is not good because the crew did a heroic thing and need to be commended instead of being vilified,” Olajide said.

The News Agency of Nigeria (NAN) repots that NCAA had issued circular to airlines and other stakeholders with ref: NCAA/DG/AIR/11/110 dated March 28, 2020.

The circular outlined the protocol in handling cargo and other essential flights during the COVID-19.

It had among the directives included the fact that “Nigerian operators on any approved flight to any destination with over 1000 confirmed cases of COVID-19 shall ensure the provision of reinforced flight crew (two sets) for immediate return in accordance with relevant protocols.

NCAA also directed that there should  be no servicing of aircraft (catering, water, trash etc), except refueling and this must be accomplished with flight crew on board.

Olajide confirmed that the airline kept to this protocol and instead of two-flight crew, it went with three sets of flight crew and strictly kept to the NCAA protocol until it landed in Abuja.

“ICAO’s intention with the protocol is to ensure that flight crew is not quarantined after their operation. Every day, flights are operated all over the world, moving medicals and other critical items.

“If you quarantine the pilots who will be flying these items that are needed to save human lives under this COVID-19 pandemic?,” Olajide asked.