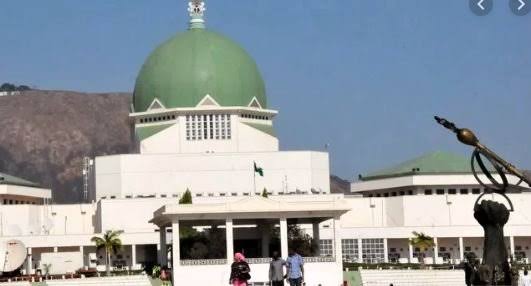 The Socio-Economic Rights and Accountability Project (SERAP) has urged Federal Government to share the N37 billion earmarked for the renovation of National Assembly complex to states as part of COVID-19 relief.
SERAP said this in a statement signed by its Deputy-Director, Mr Kolawole Oluwadare in Lagos on Sunday.

He said the group had written a letter dated April 11 to Senate President, Dr Ahmad Lawan and Speaker of the House of Representatives, Mr Femi Gbajabiamila on the matter.

Oluwadare while lauding the NASS leadership on steps and voluntary contributions already made in the fight against the spread of the COVID-19 pandemic, urged them to make a public commitment to give N1 billion each of the amount to the 36 states, and the FCT.

He noted that immediate redirection of the N37 billion would act as direct reliefs and benefits to the country’s poorest and most vulnerable people.

“Nigeria is at a crossroads and National Assembly leaders and members must now decide whether to continue to look after themselves and do little for the country’s poorest or make commitment to redirect the N37 billion to help ameliorate the suffering caused by COVID-19 restrictions.

“Going ahead to spend N37 billion to renovate the National Assembly complex even when COVID-19 is over would further undermine the social contract in Nigeria, and hurt the poorest and most vulnerable people across the 36 states and FCT.

“It would limit the ability of the authorities to provide much needed benefits and support to these Nigerians, and undermine efforts to reduce the impact of the disease on the country,” Oluwadare said.

He noted that the distribution of the funds to 36 states and the FCT would be in the interest of the public.

“It will improve the chances of the country’s poorest and most vulnerable people to live a life of dignity while obeying authorities’ directives to stay at home.

“Without sufficient COVID-19 direct reliefs and monetary benefits to these Nigerians, many may be forced to turn to criminal activities as their only perceived options for surviving,”he said.

Oluwadare urged NASS to immediately advice President Muhammadu Buhari and the Minister of Finance, Budget and National Planning, Mrs Zainab Ahmed; to implement their commitment to redirect the N37 billion to the country’s poorest and most vulnerable.

He also urged the Independent Corrupt Practices and Other Related Offences Commission (ICPC), the Economic and Financial Crimes Commission (EFCC) and civil society groups to monitor the spending of any redirected funds to the 36 states and FCT.

“This is to ensure that the funds are spent to support the poorest and most vulnerable people, such as pensioners, People Living With Disabilities (PWDs), and not diverted, stolen or mismanaged,” he said.