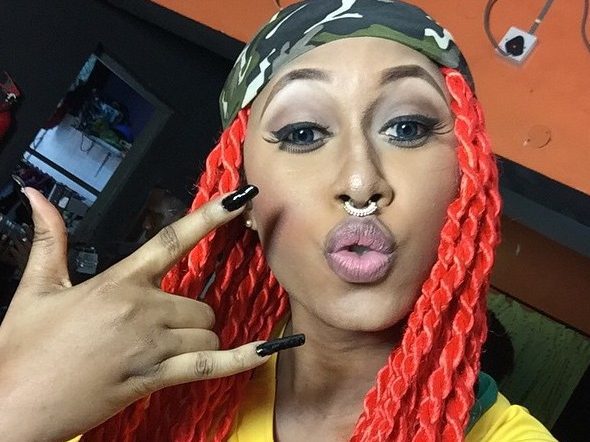 For a number of years now, the question that has been on many music lovers’ lips is, “where is Cynthia Morgan?”

The “German Juice” songstress who crossed over from pop thrilled with a number of hit songs for over three years that she was crowned the queen of reggae dancehall music.

The energetic singer’s career appeared to begin to take a nosedive in 2015 following the release of her single, “Simatiniya.”

Fans craved new music from the star girl as she is fondly called but alas, nothing official was forthcoming save for some few leaks every now and then.

In a recent interview, Cynthia Morgan who at the height of her career was signed to Jude Okoye led North Side INC Label has now explained why she took a break from music.

In 2018, Nollywood actress Adesua Etomi reminded everyone of Cynthia Morgan’s absence when she asked about the singer on Twitter. She wrote:

“Where is Cynthia Morgan?”

The “Don’t Break My Heart” hitmaker is now finally answering the question.

According to the songstress, she had a breakdown as she was really sick for a while and also going through a lot of family issues.

She explained that although she tried to get back into the studio, it just really wasn’t it and all these affected her career negatively.

Watch the video interview below:

“I have been terribly sick, and facing lots of family issues” – singer Cynthia Morgan finally reveals what caused the setback in her musical career. pic.twitter.com/QLnbY6IFU7

In 2018, it was reported that Cynthia was in trouble over unpaid rent and tax evasion.

The report has it that she was charged to an Ikeja High Court over her inability to pay the rent of her Omole apartment.

On the same day, she was served with the court papers, she was also allegedly served papers for papers for evading tax to the tune ofN3.584 million

Cynthia Morgan shot into limelight following the release of two singles titled “Don’t Break My Heart” and “Lead Me On”, which received massive airplay and positive reviews from critics.