COVID-19 and the poor in Nigeria 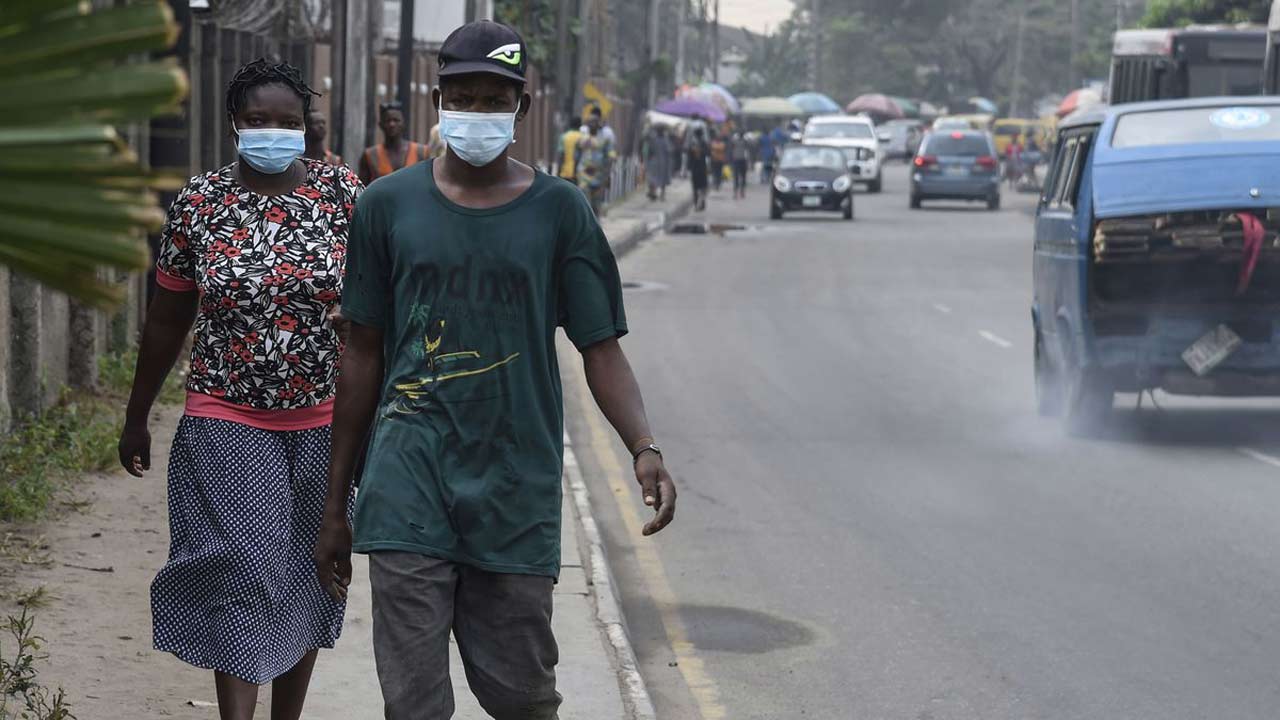 Vivid account of an experience, following encounters at a police station and their impact on the poor, is what this article is all about; it is never intended for police bashing. Even the jubilation of some police people as noticed, or in some cases, their sad mood are all about what poverty translates to a collectivity.

At a road block in front of The Chartered Institute’s block near Oyingbo market stood a police CSP doing his job as claimed, making sure that motorists observe the lockdown order. The hopelessness and helplessness of people there proved how sorrowful the majority poor in Nigeria could not hold on to lockdown; even from that point watching the Oyingbo market it was a behive of activities. I borrowed a car to attend to my 80 year-old mother in distress and found myself ordered by the CSP to park the car and so I did as even calling out my mother and showing my ID card proved offensive to the CSP.

It only hit me that as a teacher and as someone who had had opportunity of instructing once some security officers, there was a great deal of dysfunctional training in the Nigerian police. Not all the officers are to be seen that way of course, because I had had encounters with great Nigerian police officers either in France as INTERPOL personnel or even on peace mission in Congo.

Hygiene in this pandemic COVID-19 should be of interest to the officer so claimed to be enforcing government order because the end game is to save lives. So, suddenly I watched a poor rank and file policeman vomiting in the enclave of impounded cars (about 20) and a poor pregnant woman, whose car had been impounded also, moaning and no one seems to be interested, till I saw a mama- put girl bringing food to the vomiting policeman as if hunger had been the reason for his vomiting. The 2ic of the station, a lady with another unhygienic outlook was barking orders on how to arrange cars to task force office in Oshodi while looking at the suffering police man and the pregnant woman as if they are not human beings. She was mostly interested in negotiation process that was going on with some people who wanted their vehicles released.

At the end, among the over 20 impounded vehicles six, including the borrowed vehicle to rescue my old mother, were ‘quarantined’ for onward movement to Oshodi with police escort; and hilarious police men and women for that matter as if Covid19 has been defeated. Whatever the criteria used to single out the six I do not know. It is difficult to know what could be a worse emergency than saving a vomiting policeman, my vulnerable mother and a pregnant woman. My mother depends on me as no welfare or pension package had ever come her way and I needed to borrow a vehicle so as to keep both home-front and mother’s abode on better emergency standby mode even when for three months I have not received salary as ASUU and government that ought to protect us are on IPPIS warfront as ASUU fights for the soul of poor Nigerian educational system about to be brought down by forces beyond the knowledge of poor Nigerians.

On our way to Oshodi, passing through Oyingbo market to the road leading to the 3rd mainland bridge, one was at lost in understanding what social distancing or stay-at-home mantra meant as what seem to be homes for the poor ones are really the streets, as they hang out freely and the beggars among them kept on begging. In deed this would have been the right time to build emergency camps for them and feed them very well there as such camps could not cost so much money as building state of the art isolation centers. Red cross did it for poor people running from war ravaged zones and Salvation army has such camps for life saving purposes among the deprived in some developed countries.

Now getting to Oshodi we were told that the place cannot contain any vehicle any longer and that we should proceed to Ikorodu. At Oshodi it was a long queue of vehicles and you start wondering whether every Nigerian whether on leg or in big cars are all poor people as it is baffling to see people out even when they were expected to be at home, or are they all on emergency mission of hunger and reaching out for their death destination. It is quite necessary to understand because in developed countries only those who are canvassing for voluntary death come out when they say the temperature is inclement; and even at that police officers are deployed to protect and save them from killing themselves. Nigerian police are never trained that way may be? As one of their teachers I expect a change of curriculum to attend to such psychosocial aspect of training.

At Ikorodu we drove in to the police yard with already over 100 quarantined vehicles in and at the gate of the premises, another breach of social distancing. Live your car and leave the place was the order issued out by another fierce looking bulky man in mufti as if one had been detected in a preserved secret zone. No explanation, nothing. You just hand over the key to the man.

Out of the place you see a long queue of vehicle being directed to find their way to Agege as the place cannot contain vehicle any longer. Nigerians in sorrow being made to suffer more pains as if they intended to inflict such pains to themselves deliberately. It is in deed doubtful. One of the ladies among those whose vehicles were impounded and expected to be asked to pay fine and ‘ go and sin no more’ said that she was going for a check up that was slated for that day as, in deed, her ailment was like that of a death sentence and that the vehicle is her only consolation and hope of being saved from death. So, where are government assigned ambulances to save people in such situations? On the roads and streets you notice poor people on the move as if life made no more meaning to them. When I watch the TV and see privileged people like our president and great artist like Funke demonstrate how to wash one’s hands the question that comes to mind is: these poor people making the street their shift homes, those playing football on the streets to forget their sorrows, and the daredevil Okada and kabu kabu riders, whether there are running taps for them to wash their hands at corners like you see in Accra Ghana, as some complain that they don’t even have money to go looking for water to buy, whether well water or sachet water?

Like a child like a poor person in this Covid-19 tragic period. Life is meaningless without food for the former as Kwashiorkor beckons and for the latter life is brute to be faced with carelessness or suicide attempt.

They could even prefer to face mild ailment with hope that it would be over as loved ones around them give hope and instill some level of self esteem in them than outright isolation or hurtful one. Note that three hundred thousand (300,000) Nigerians are reported to have died of Malaria in one year and about 100million cases are reported each year, so time for Nigerian government to define its main priority instead of calling on Chinese doctors to come for Covid-19 that has for now about 200 cases.

While thanking Governor Sanwo-Olu for great quality leadership shown as his quick intervention, before ever FGN came in, reduced disaster rate knowing very well what federal airports in Lagos would have created, it is high time the LGAs or about 3000 community areas were well brought into governance radar to take up the mantle of poverty alleviation. For example, in a community of about 1000 households, and Lagos counts about 15 to 20 million people that is about 15000 demarcable households, that could be assuaged with the expected advanced payment of 20,000 naira each proposed by FGN; Lagos could pay that in the accounts of each recognisable head of household and it will not take more than 300 to 500 million naira and it will be appreciated than the current wrong food sharing approach.

Africans are always subjected to bear the brunt of others since world war 1 till this current virtual and spiritual assymetric ‘ world war 3’, even when Malaria kills no fewer than 1000 Nigerians every day and no one is making it a case for the world to care. African leaders should wake up; and the police needed more fund; as well as training to have a workforce that makes for saving lives in all situations and not applying force and adopting ‘ishe odun’ attitude in this humanity trying era.
Ariole, a Professor of French and Francophone Studies, wrote from University of Lagos.