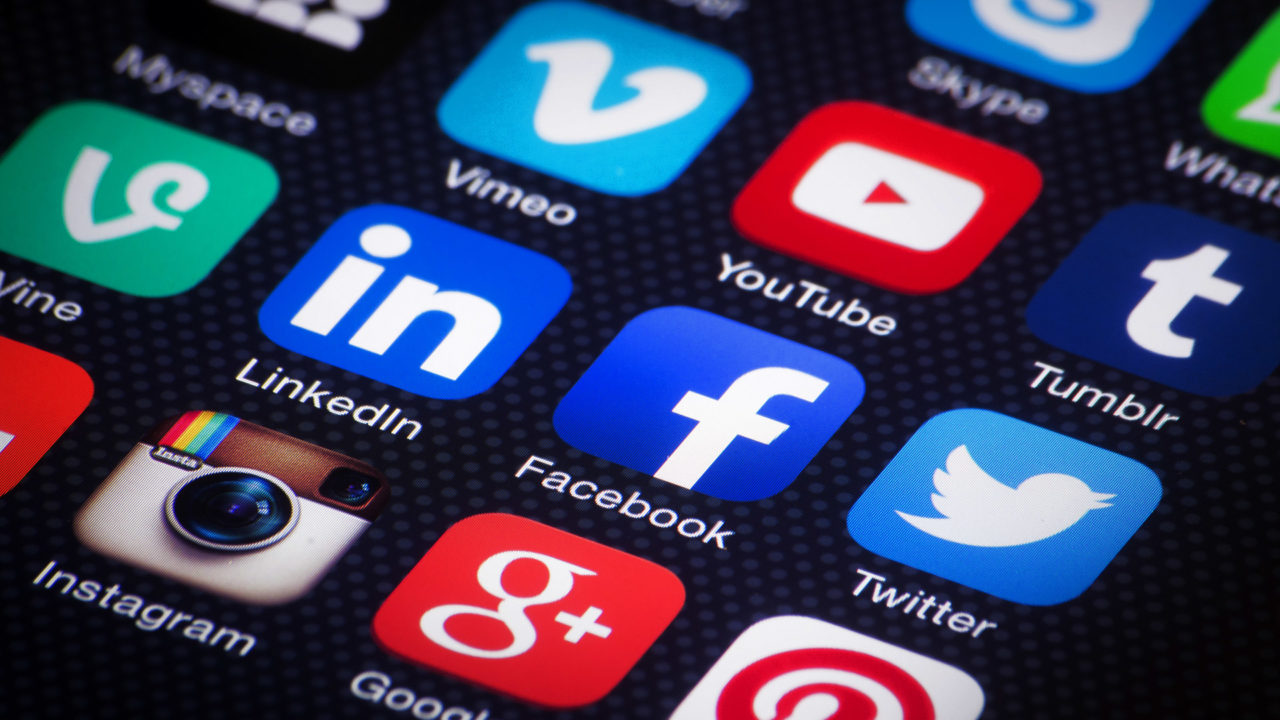 Today information, solicited or unsolicited, is very easy to get. You can get it on your radio or television or your phone. Technology and the internet have made information explosion the new reality. Anywhere you turn information must hit you. On your smart phone you can get anything, words, sounds, pictures or all of them. You can listen to speeches or music or drama or whatever you want. In an ideal world this situation should be categorised as wonderful. For the journalist it is more than wonderful when you remember the long and thorny road on which we have travelled to get here. In the days of yore we had only a few phones in our offices. Some of them were the privileged ones called Direct Line (DL). If someone gave you a call card with DL after his phone number you knew you were lucky. You could reach him direct without obstruction by his intrusive Secretary or his uncouth Tea girl. The other line that was not direct you needed to book your call with the operator who has to reach the other operator to get your call for you. If push came to shove you had to go and join the queue at NITEL and wait for your call, national or international, to come through. We also had the coin telephone machines when coins were still useful in business transactions. You would slot the coin in and dial. Sometimes the coin box may cheat you, take your money and not give you the service. If you needed a static phone in your office or home you had to pay for the phone line, the cable, the ladder, the phone box, the service and whatever else you are told to pay for. That was the era when David Mark who was the Communications Minister told us pointedly that telephones were not for the poor. He was right because you could not afford it at that time if you were poor. It doesn’t matter how you define poor. Telephones were expensive to own. They were actual status symbols then. They are not anymore. Many artisans and low income earners have two or three phones today. They may be perpetually short of credit but they hug the phones in their possession like a baby. But those who are rich and flamboyant can show their class by buying the latest model of i-phone gold-crusted or diamond crusted. That sets them apart from the rest of us.

Today, the journalist is in a place where his profession can benefit immensely from modern technology. With his smartphone the journalist can make calls, record interviews, cross-check information, check spellings and take photographs. He couldn’t have wished for a better world in which to practise his profession. But irony of ironies! This obvious advantage has become a major disadvantage for the practice of professional and ethical journalism. Why? Because everybody, trained and untrained, is doing the journalist’s job or purporting to do so. They are called by several names some of which are bloggers, on air personalities, influencers or citizen journalists. They are not journalists at all; they are not trained as journalists; they do not go by the cannons of professional practice; they do not subscribe to the coded ethics of the profession. They just think that once they are able to send information out, factual or fake, they are journalists. They end up confusing the public, messing up and even poisoning the information well from which we should all draw and drink. These fellows who operate largely on social media platforms end up creating problems for those who mean to practise their profession the way it ought to be practised. They therefore incence lawmakers who wake up from time to time to propose draconian legislation against the media.

A few weeks ago, someone forwarded information to me that said: “Pele is dead.” I knew that the world renowned footballer from Brazil had been in and out of hospital for sometime now. I checked the major television networks in the world. Nothing. I checked the online platforms of major print media establishments, Nothing. Up till today there is no information about the legend’s death. So I know that was fake news. That same week a blogger or influencer that I don’t know sent something to my phone to the effect that Barack Obama, America’s former President, had confessed to his wife Michelle that he is a homosexual and has filed for divorce. I doubted it because he could not have been able to hide it in America with its culture of full disclosure especially during those gruelling presidential debates where naughty questions often got asked. I never saw the story the next day or the next week or ever at all. Till this day there is no such story. The COVID-19 virus has provided a fertile ground for fake news merchants to have their fill.

They have made mince-meat of the information business as we know it? A few weeks ago, a Nigerian politician who I knew at the 2014 National Conference forwarded information to me. It was a video in which happy looking people were clapping joyously. They were not saying anything, just clapping. Under the video someone wrote something to the effect that the Frenchmen in the video were clapping because the French have discovered the cure for COVID-19 virus. It was in my interest to believe it because it would mean that all the trauma that the world is going through has come to an end. It would also reduce the dissonance in my system. But I checked all the credible news sources in the world. Nothing like that was reported. Up till today no cure has been found yet.

That poses a major challenge to all of us who practise journalism because the public expects us to give them correct and factual information with which they can take decisions about their lives. That responsibility placed on our shoulders is enormous. It is even more enormous when you consider what mess the interlopers who call themselves citizen journalists are making of our profession. But it is a little tragic if we the trained journalists resort to doing much the same thing as the untrained ones whose only motivation is to make money through high traffic of fake news. Recently, the Nigerian Union of Journalists (NUJ) issued a statement advising the Federal Government not to approve the fifth generation mobile technology (5G) because it is linked to the outbreak of COVID-19. They linked the installation of 5G masks in China with the outbreak of COVID-19. They also said that the reason they rejected it was that while Wuhan was the epicentre of the virus it did not affect other Chinese cities such as Beijing and Shanghai. To them that was a confirmation that the pandemic is a Chinese controlled virus. In our line of business we depend on people who have information, the experts, the professionals and other custodians of information for authenticity.

The NUJ officials did not speak to the World Health Organisation or the NCDC or the telecommunications operators to get reliable information. They simply went to town based on bar room gossip. They even compounded their ignorance by dabbling into the issue of the Chinese doctors by, again, failing to do some basic checks. They opposed the coming of the doctors so as to avoid “a situation where Nigerians will be used as guinea pigs for any experiment.” How would Nigerians be used as guinea pigs? Were the doctors coming to test vaccines here? Again, they failed to do some basic checks with the Ministry of External Affairs, the Presidential Task Force on COVID-19 or the Presidency or NCDC. They simply jumped to a fatuous conclusion imputing the vilest of motives to the Chinese. Why would they come all the way to Nigeria on a malevolent mission when Nigeria is a major partner with the Chinese on a number of projects: airports, rail, power etc? The Nigerian Medical Association (NMA) fell into the same fake news trap by assuming, without checking, that the Chinese doctors were employed by the Federal Government to come and work in Nigeria when there are many unemployed and qualified Nigerian doctors.

The truth, however, is that the doctors were brought into the country by China Civil Engineering Construction Corporation (CCECC) as part of its corporate social responsibility. They are to spend only one month in the country, share experiences with the Nigeria Centre for Disease Control. They are not here to practise medicine. The NMA was peevishly arrogant when it also said that there was nothing that the Chinese doctors could teach Nigerians as they have been coping with the virus since its outbreak. Knowledge doesn’t have boundaries. The truth is that China is more advanced than Nigeria in every field including medicine. China is a nuclear power; Nigeria is not. China is a leader in technology; Nigeria is not. China’s economy is number two in the world; Nigeria is not even within the first 20. China has managed the COVID-19 virus very efficiently in Wuhan and the lockdown in that territory has now been lifted. That experience of managing it efficiently should be of professional interest to the NMA if it is interested in knowledge advancement.

Instead, the NMA chose to hit the Chinese below the belt. It said: “The spike in cases and the death toll from COVID-19 in Italy coincided with the arrival of the Chinese in the guise of offering assistance.” That is a low blow. Is the Association accusing the Chinese of spreading the virus in Italy with their arrival? That is grossly unfair because every doctor or nurse or care giver involved in the handling of COVID-19 patients is taking a huge risk. The decision to go to help in countries where the virus is widespread is an act of exceptional humanitarianism, philanthropy and selflessness by those who volunteer to go. They should be roundly commended not condemned. It is heartwarming that the World Health Organisation (WHO) has made a categorical statement on the alleged nexus between 5G and COVID-19. The WHO issued a statement in Lagos saying that 5G mobile network is not responsible for COVID-19. It stated: “Viruses cannot travel on radio waves or mobile networks. COVID-19 is a respiratory disease spread through respiratory droplets when an infected person coughs, sneezes or speaks. People can also be infected by touching a contaminated surface and then their eyes, mouths or noses.”

To solidify its position WHO affirmed that COVID-19 is spreading even in countries that do not have 5G mobile networks. The hope is that all the beer parlour talk about 5G being the harbinger of the bad news called COVID-19 will now cease. Afterall, a country like South Korea which launched its 5th generation of wireless communications technology in April last year only started experiencing COVID-19 in January this year, two months after the virus broke out in Wuhan, China. So what do we do about fake news and its merchants: Those who are busy forwarding, sharing, inventing, fantasising, concocting and fabricating what they mischievously send out to the world as news, as information that people should believe but which are absolute bullcrap? All we can do is to protect ourselves from them by checking and cross checking for factuality from reliable news sources who value their reputations. As for the fly-by-night-one-man-blogging machines ignore them like the COVID-19 pandemic. Journalists owe themselves the duty of being thorough and meticulous in their news business so that they do not inadvertently contribute to the devaluation of the invaluable service that journalism offers to society by behaving like the charlatans who have no reputation to protect.