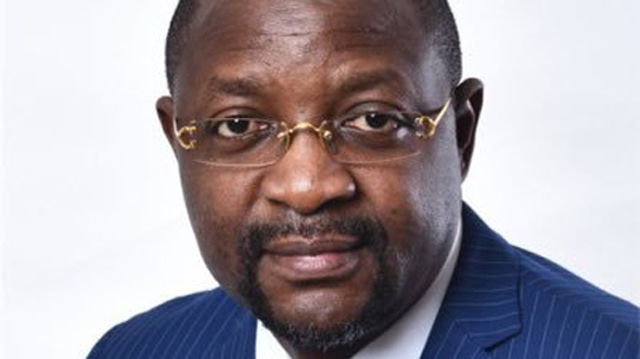 Sports Minister, Sunday Dare believes Nigeria can recover its place among the best sporting nations of the world given its enormous human resources. He sees the country’s floundering sports sector as an anomaly, which can only be corrected by applying the right remedies and getting the quality officials to administer the drugs.

The minister, who has succeeded in getting some of the country’s biggest businessmen to key into Nigerian sports, believes getting the right facilities will help the nation’s quest to return to the elite class in the comity of sporting nations.

Dare told The Guardian shortly before the coronavirus induced lockdown that he is aiming at a grassroots development programme that will involve the states’ governors and educational institutions, including primary schools. He also listed provision of facilities, a clear business model for the sector and an Athletes’ Sustenance Fund, which will ensure that Nigerian athletes are always well funded for training and other activities in and out of competitions. The later he has already succeeded in doing through the adopt-a-talent programme, which has seen most of the elite class athletes adopted by corporate bodies and high networth individuals.

Now he is working on getting wealthy Nigerians to ‘buy’ into the national facilities by helping in rehabilitating them and getting suits in such arenas.

According to the minister, “We are looking at a situation, where somebody like Aliko Dangote will take up the task of renovating the Moshood Abiola Stadium in Abuja, including the turf and tartan tracks and take over a suite in the stadium.

“He will be the only one to access the enclosed suite, which has up to 50 seats. That way, he can invite his friends and family to watch events at the stadium in his suite.

“Somebody like Jim Ovia, who is a Lagos boy, can decide to own a part of the National Stadium, Lagos by renovating the key facilities there. The same thing that applies to Dangote in Abuja will also apply to him in Lagos.”

“This is just one of the ways we want to get our stadiums up and running.”

He disclosed that the Youth and Sports Ministry was looking at ways to maintain, upgrade and manage the existing facilities, adding that he has gone through some of the stadia to get a holistic assessment of the arenas.

“There is political will on the part of the president this time to make sure that national monuments are not neglected.

“For this, we will find out an option at which we can restore back to glory Nigeria as a football nation.

“We should have up to 10 or 12 international standard stadiums and pitches that are up to FIFA standard. So, there is a renewed political will to restore the stadium,” he said.

The minister admitted that the systemic neglect of the grassroots despite the lip service by administrators is at the root of the dearth of talented athletes for the country and promised to pay enough premiums to the area.

“We will start a deliberate planning and execution of grassroots programmes because we want to reinvent the wheel.

“Aside from the Principal’s Cup, which we intend to have in every sport, not only football, there will also be the Headmasters Cup, which will start from the local governments to the national level.

“The Headmasters Cup will be for primary school pupils, which means our children from ages four to 10 will be introduced to sports at that age.

“We will work it out with the Ministry of Education and the states, who will drive this programme.

“We are also planning an Athletes’ Sustenance Fund, which is called High-Performance Fund in the U.K and the U.S.

“This will help us to help our athletes prepare for their events and also develop their talents even when they are not binned our camps.”

Dare revealed that he has read all the documents on sports development written by the various committees set up by his predecessors, including the recent Godwin Kienka report, adding that all the documents have the same theme and would have solved some of the problems if they were implemented.

“What I have discovered is that Nigeria is not short on ideas. The problem is that efforts have not been made to implement these ideas.

“Our aim is to ensure that we get things right. We may not solve all the problems within the available time, but we want to begin the process that would change the narrative.”