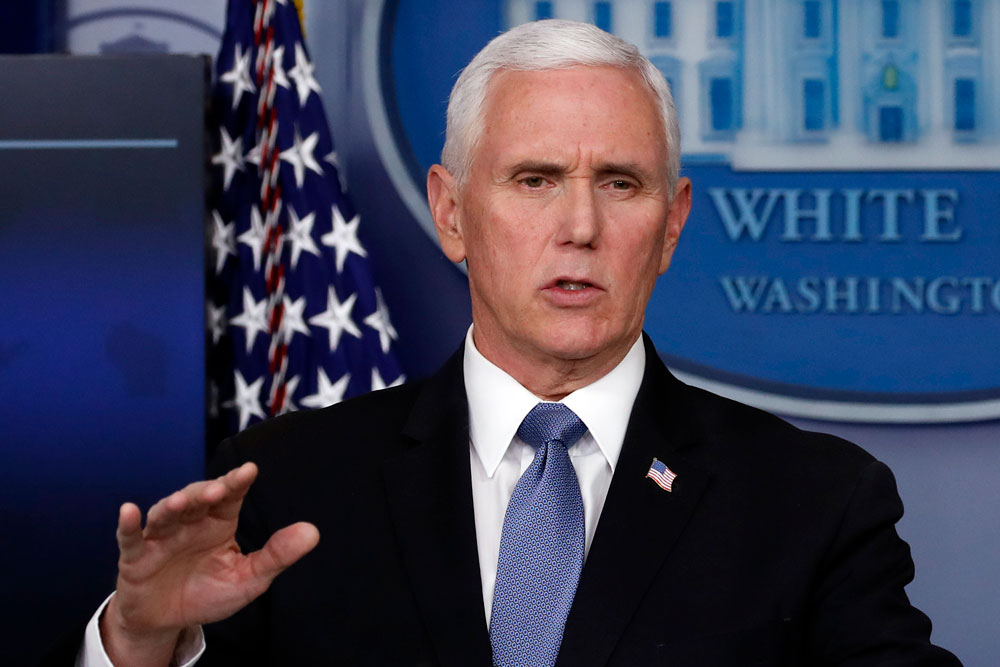 US Vice President Mike Pence speaks about the coronavirus in a press briefing Friday. Alex Brandon/AP

US Vice President Mike Pence said Friday that there are enough tests for states looking to reopen under phase one guidelines.

“Our best scientists and health experts assess that states today have enough tests to implement the criteria of phase one if they choose to do so,” Pence said.

“Let me say that again: Given the guidance in the President’s new guidelines for opening up America again, states that meet the criteria for going into phase one and then are preparing the testing that is contemplated by going to phase one – our best scientists and health experts assess that today, we have a sufficient amount of testing to meet the requirements of phase one reopening if state governors choose to do that.”

Earlier, CNN reported that while some labs say testing capacity is not an issue, others are still reporting shortages.

While delays in testing – and shortages of testing supplies – have been reported across the US, it’s also possible that a slowdown in the pandemic is responsible for the reported decline in tests.

In the US, testing is primarily done on those who are symptomatic. While the country is still experiencing an increasing number of cases, social distancing measures do seem to be working, limiting transmission of the virus.

Assuming there are enough tests available, that slowdown could explain why fewer people are needing tests at hospitals, doctors’ offices and other sites. Or, doctors may just be ordering fewer tests, perhaps reserving them for only the sickest patients.

If there isn’t widespread availability of testing, though, then the reported decline in cases may be misleading.

In a statement on Wednesday, the American Clinical Laboratory Association – which represents commercial labs such as LabCorp and Quest Diagnostics – said that testing capacity was not an issue.

“ACLA members have now eliminated testing backlogs, and have considerable capacity that is not being used,” the group said.

“We stand ready to perform more testing and are in close communication with public health partners about ways we can support additional needs.”

Other groups, though, have reported problems. In a Monday letter to the White House Coronavirus Task Force, the Association of American Medical Colleges said labs are facing critical shortages.

“Widespread but uneven shortages in one or more of the essential components for testing have resulted in a situation where few labs are able to maximize the testing capacity of any one machine, platform, or test,” the group said.

It added that “laboratories across the country are working day and night to expand testing capacity but are severely hampered by shortages of needed reagents, swabs for testing, PPE, and specialized equipment designed by companies to be used with their own machines.”