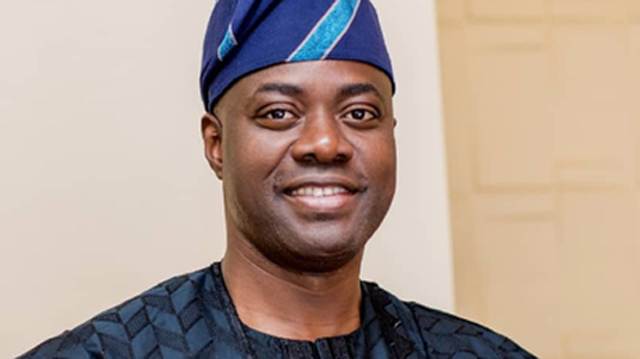 The Oyo State House of Assembly lawmakers may have agreed to a 30 per cent reduction in their monthly allocations effective April 2020 amid the current economic challenges in the country.

The Guardian learnt that the agreement was reached during Governor Seyi Makinde’s meeting with the Assembly members at the Government House.

The meeting was a sequel to an earlier one where the governor made a proposal to the lawmakers on the need to mitigate the effects of the cash crunch being experienced by the state government.

Makinde had said that the monthly federal allocations to the state had dropped significantly as a result of the effect of the Coronavirus.

Chairman, Oyo House Committee on Information and Media, Kazeem Olayanju, said: “Our income has been slashed by 30 per cent as our support towards COVID-19. The governor brought the idea and we agreed to the 30 per cent deduction.

“The pandemic had greatly affected the economy of the country. This situation could have affected the payment of salary but the governor maintained that irrespective of the economic situation, the salary of civil servants must not be affected.”

Also, the Chief Press Secretary to the Governor, Mr. Taiwo Adisa, said: “The state is not looking at cutting its budget in the immediate, but to harness its internally-generated revenue to shore up its revenue base. We expect a rise in IGR activities that will bring in more money.”

In another development, the Oyo State government yesterday gave a seven-day ultimatum to all markets in the state to comply with its Coronavirus preventive measures or risk total shutdown and leaders being sanctioned.

The governor stated this through his Special Adviser on Security Matters, Fatai Owoseni, during a meeting and presentation of face-masks and sanitisers to market leaders in the state at the state’s Ministry of information Secretariat, Ibadan.

Owoseni said that COVID-19 task force compliance team would commence an aggressive patrol round the markets in the state from Monday, April 27, 2020, and any market found not complying with the state government directives to prevent community infection of the dreaded virus would be dealt with and made to face the full wrath of the law.

He also said that anyone, who flouts the state dusk-to-dawn curfew order, would be forced to spend a night with the security operatives or made to offer a compulsory community service.

Meanwhile, Livingspring Chapel International has joined the lists of donors to the Oyo State government in support of the fight against COVID-19 pandemic in the state.

The church, while presenting the donation, which includes wheel chairs, cartoons of drugs, industrial washing machines, all-in-one computer systems, cartons of hand-sanitisers, medical equipment, among others, at the Infectious Disease Centre, Olodo, Ibadan, yesterday, said it was her own way of supporting the great work being done by Governor Seyi Makinde.

Speaking after taking delivery of the materials, a former Acting Chairman of the Task Force, Prof. Temitope Alonge, who received the items on behalf of the government, said that in a pandemic, nothing could be too much.

He thanked the donor, saying that the donations met the specific needs of the centre and that the wheel-chairs, computers, industrial washing machine, among others, are the first set to be received by the centre.