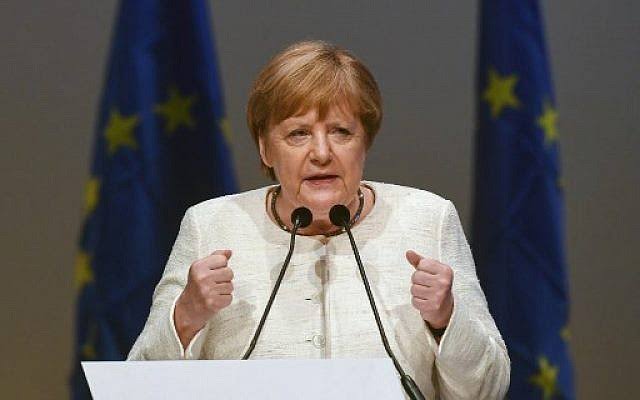 Merkel was addressing lawmakers in Berlin ahead of crunch talks between EU leaders on a giant rescue package for the European Union, that has reignited a bitter north-south divide between member states.

“In the spirit of solidarity, we should be prepared to make completely different, that is to say significantly higher contributions to the European budget over a set period,” Merkel said in her speech.

“Because we want all EU member states to be able to recover economically.”

But she said the European budget had to be the cornerstone “for such a stimulus programme” for the club’s 27 members.

“The European budget has for decades been the tried and tested instrument for common tasks in the EU.”

The bloc’s leaders will later on Thursday sign off on a 540-billion-euro ($584-billion) emergency package and discuss plans for a European Recovery Fund to rebuild the bloc’s economy after the crisis.

Germany believes the proposed fund can be financed by the new seven-year EU budget which is currently under negotiation.

Building the recovery fund into the budget for 2021-2027 gives some reassurance to northern countries by putting it into an established framework.

But it adds further complication to an already thorny debate about the EU’s spending priorities in the coming years.

It also raises the possibility that eastern European countries will be asked to give up development money to pay for the coronavirus recovery in southern nations like Spain and Italy that have been badly hit by the pandemic.

But nations like Germany and the Netherlands fear being on the hook for bills run up by neighbours they see as lax with their money and budgets.

Going down that road would be “time consuming and difficult”, she said.