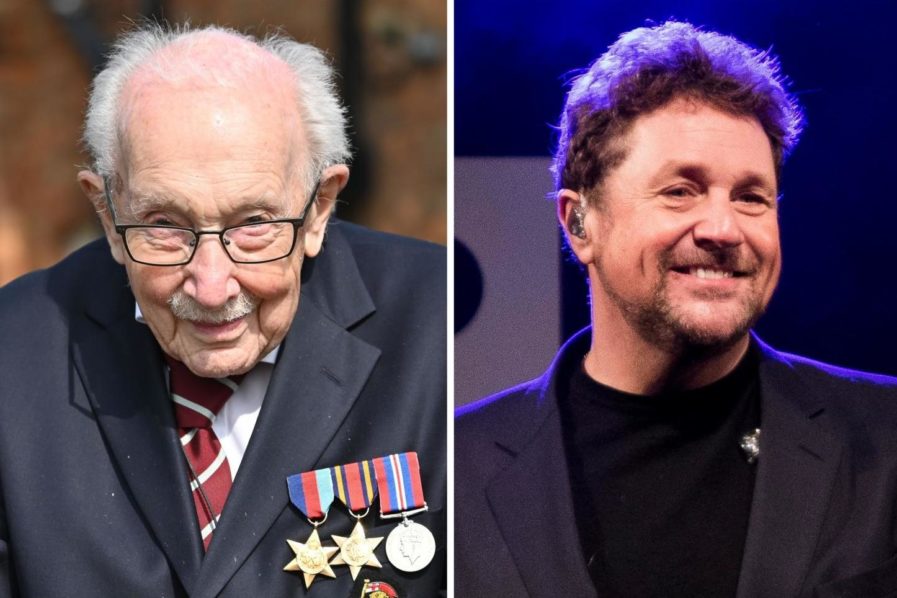 Captain Tom Moore, a war veteran becomes the oldest person to score a number one single in the U.K with the cover of “You Will Never Walk Alone” which he sang with Michael Ball as reported by BBC News.

Tom’s birthday is next Thursday, the 30th of April, meaning he will still be number one when he turns 100. That will make him the first centenarian to top the charts, having already broken the record for the oldest person to reach number one.

Their cover of You’ll Never Walk Alone sold 82,000 copies, with proceeds going to the NHS Charities Together fund knocking the famous singer The Weeknd Off the top of the chart.

He thanked the public for buying the single, in his words:

We’re in this together, and I am forever grateful for your support. And this just proves ‘you’ll never walk alone’.

Tom Jones was the previous record-holder, having been 68 when his Comic Relief cover of Islands In The Stream came out in 2009.

He has taken to his social media to congratulate Tom Moore, saying:

Capt Moore, from one Tom to another, congratulations on beating my chart record. If I was going to lose to anybody, it’s an honour to have lost to you, with all you have done raising money for the NHS.

You’ll Never Walk Alone isn’t the only charity single in this week’s Top 40, with an all-star cover of the Foo Fighters’ Times Like These entering the chart at number five.

It features Dua Lipa, Hailee Steinfeld, Anne-Marie, Jess Glynne, Sean Paul, Chris Martin, Bastille, and AJ Tracey, the song was organised as part of the BBC’s Night In fundraiser, and made its chart debut less than 24 hours after its release.

Tom had originally aimed to raise just £1,000 by completing 100 laps of his garden, as a thank-you to the “magnificent” NHS staff who helped him with treatment for cancer and a broken hip. However, he smashed his target after the challenge went viral.

The single was recorded to celebrate him completing his 100th lap last week, and features a spoken word introduction from Tom Moore, who says: “Hold your head up high/And don’t be afraid of the dark”.