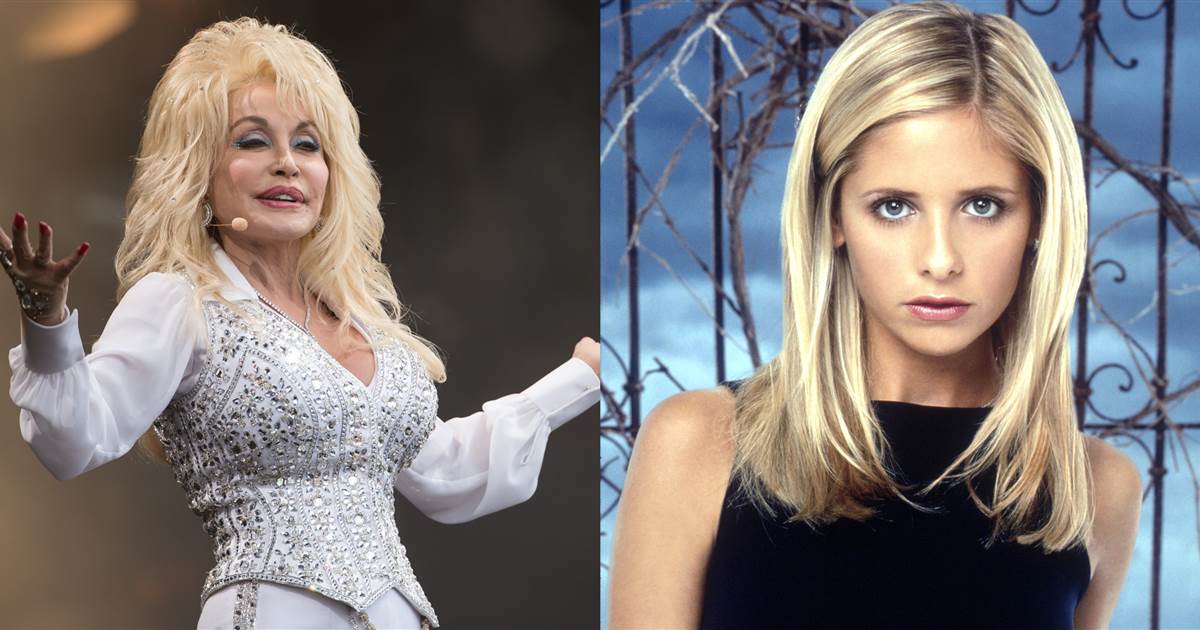 Fans of music icon Dolly Parton are reeling at the recent discovery that she is not only best known for ‘slaying’ the country music charts but, had a producer side gig that brought late ’90s teen sci-fi series “Buffy the Vampire Slayer” to television.

Parton, who recently donated $1 million to coronavirus research, is not credited as a producer on the show itself (nor is it confirmed that she’s even seen it), but a production company she co-created and oversaw brought the show to Warner Bros in 1997.

Furthermore, the show credits Sandollar Entertainment, which Parton co-founded with the late Sandy Gallin in 1986. Together they produced classic family films such as “Father of the Bride” (1991) and “Fly Away Home” (1996). More recently, they brought the country queen’s 2019 series “Dolly Parton’s Heartstrings” to Netflix.

“Buffy the Vampire Slayer” was based on the 1992 film flop of the same name, which featured Kristy Swanson, Donald Sutherland, Paul Reubens, Luke Perry and Hilary Swank. Despite its failings, Gail Berman, executive producer of Sandollar at the time, still believed the concept had the potential for television.

The series, starring Sarah Michelle Gellar as Buffy and Alyson Hannigan (“How I Met Your Mother”) as best friend Willow, lasted for seven seasons until 2003.

Berman and Gallin are listed as executive producers in the series’ credits, along with the spinoff “Angel” — but fans are just now freaking out on Twitter about the Parton connection. Some even speculated that Buffy’s birthday, January 19, is an homage to Parton, who celebrated her 74th on that day this year.

How did fans of the series and icon react? They were ecstatic! “I was today years old when I found out that Dolly Parton was an uncredited executive producer on ‘Buffy the Vampire Slayer,’” one shocked fan posted on Twitter.

And one tweeter summed up the general response by posting, “How could I possibly think more highly of this woman?!”.