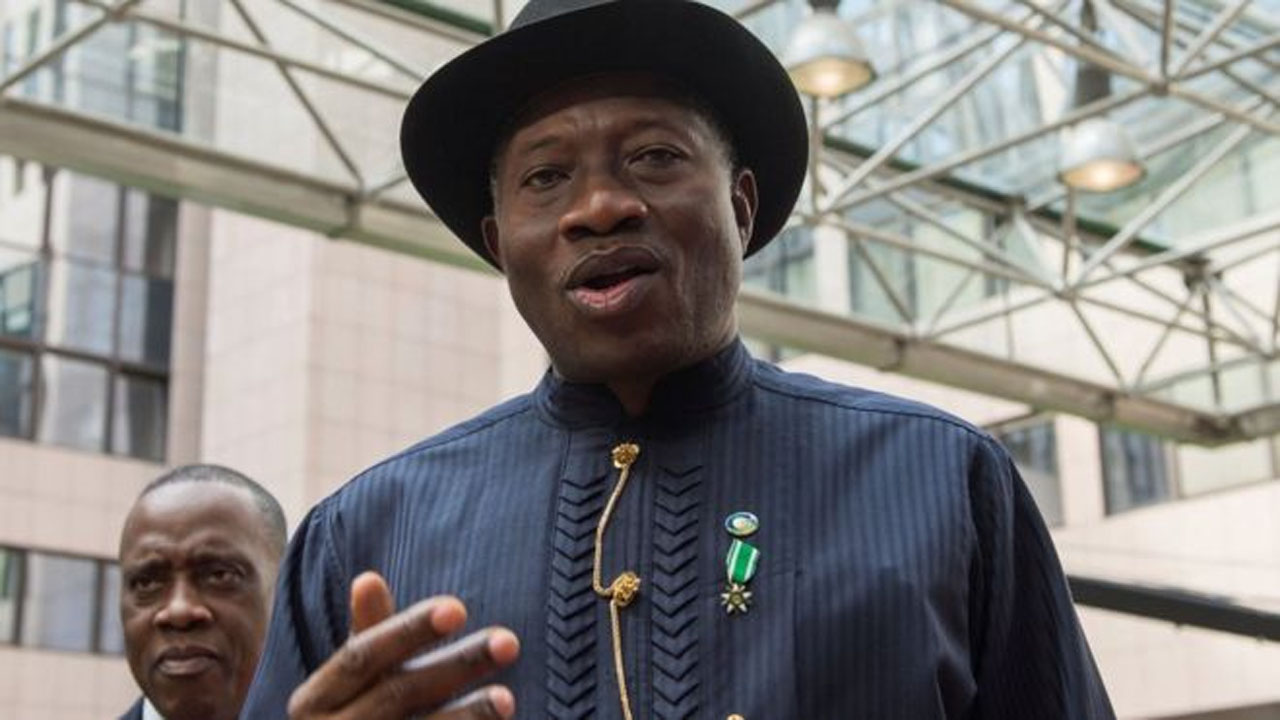 THE Federal Government is ready to implement only one-tenth of the 268 recommendations of the Oronsaye Committee on restructuring government parasatals, commissions and agencies, The Guardian reports.

The remaining 90 per cent were either rejected or merely “noted” for future consideration, according to the 2014 White Paper on the Committee’s report, which the Muhammadu Buhari administration is now set to implement six years after. But the plan to dust up the 2014 White Paper, a government’s implementation document, in 2020 is now the subject of controversy.

The Oronsaye Committee was set up by former President Goodluck Jonathan to essentially reduce the cost of governance, eliminate duplication of functions in government departments and agencies and reasonably devolve governmental powers.

The 800-page Report was submitted by the Presidential Committee on Restructuring and Rationalisation of Federal Government Parastatals, Commissions and Agencies (MDAs) in 2011. The recommendations, when fully implemented, would align revenue with expenditure.

The Oronsaye Committee made 268 recommendations, 90 per cent of which were rejected by the Jonathan administration when the White Paper was finally released in 2014. For instance, the committee recommended that the National Identity Management Commission (NIMC), Nigeria National Merit Award (NNMA), Niger Delta Development Commission (NDDC), New Partnership for Africa’s Development (NEPAD), National Lottery Regulatory Commission (NLRC), National Lottery Trust Fund (NLTF), Nigeria Extractive Industries Transparency Initiative (NEITI), The Ecological Fund Office (Office of the Secretary to the Government of the Federation), and the Department of Police Affairs be merged into a proposed Ministry of Special Duties. This was rejected.

Similarly, in item 268, the committee recommended that the National Sports Commission revert to the proposed Ministry of Youth and Sports Development as an agency. The government also rejected this.

Analysts, who spoke to The Guardian on the matter said the rejected items were germane to the spirit of the document and their exclusion, at the implementation stage, would undermine the overall essence of the reforms, including, devolution of powers, downsizing and cost-effective management of the over-bloated civil service structure.

Economists and public affairs analysts, who are knowledgeable in governance and public service administration, said the government of former President Goodluck Jonathan was wrong to have substantially rejected the submission of the committee after the committee had consulted widely with relevant institutions and the general public. The incumbent Muhammadu Buhari administration, they said, is also wrong in moving on with its implementation. The Guardian reached out to former President Jonathan through his aide Mr Ike Eze but could not get a response to its queries on why most of the Committee’s recommendations were rejected at the time. Also contacted by The Guardian, an aide of President Buhari could not volunteer comment on why the 2014 White Paper was being considered for implementation. He rather requested for a list of rejected and accepted items in the White Paper.

Professor of Political Economy and Founder of the Centre for Values in Leadership (CVL), Pat Okedinachi Utomi; economic analyst with the Lagos Business School (LBS), Dr Bongo Adi; and Non-Resident Senior Fellow at the Global Governance Institute, Prof. Ejeviome Eloho Otobo, wondered why government would spend huge public fund on the initiative, only to reject close to 100 per cent of its findings and recommendation.

“It is interesting that the Federal Government has gone to dig up the Oronsaye Report. That decision is not surprising. Every time an oil price shock comes, Nigerian governments remember cutting our coat according to our cloth. But band-aid or plaster on the wound will not work this time,” said Prof. Utomi.

He said the current decline of crude oil was structural and not a matter of price volatility that would blow over once China returns to full production. “This reminds me so much of India in the 1980s. Rajiv Ghandi was the first Indian Prime Minister to recognise the country was traveling the wrong direction but kept applying band-aid and bandage, essentially because he was hostage to the Nehru Ghandi dynasty. To make the right decision was to repudiate the choices of his mother and grandfather who preceded him as PM.

“In Nigeria, it is the pursuit of legal plunder, as Frederic Bastiat suggested on the nature of man in the 1840s in France. So, those who advocate change come and seek to do more of what those they fought to replace used to do, which sows the seed of the next revolt.”

According to Utomi, “Goodluck Jonathan was in position to save us much by fully implementing Oronsaye and the report of the Constitutional Conference. This government will dance around it and trim here and there, while praying for oil prices to rise again. But the imminent collapse of the economy and International Monetary Fund (IMF) conditionalities will force everybody’s hands.

“So, just as PM Narasimha Rao and his finance minister Manmahon Singh, not bound by Rajiv Ghandi’s constraints, decided to break down the Licence Raj (or Permit Raj), which allowed India’s rise, somebody in this system ought to think beyond personal gain in legal plunder to save Nigeria from this mess.”

Dr Adi, in his submission, said he was at a loss as to whether government was planning to adopt and implement its own rejection of more than 90 per cent of the Oronsaye Report or the original report as produced by the committee. “It beats the imagination how a government would constitute a committee, whose report it had no plans whatsoever to adopt or implement, Adi said.

“One thing a reader of the White Paper of the Oronsaye Report (now making the rounds) would see is that 90 per cent of the recommendations were rejected outright by government. What jumps immediately to attention is that wherever it seemed that the report undermined the unitary and centralised federal system, the government was quick to jettison the recommendation. This proves that the government at the centre was comfortable with the centralisation and concentration of administrative power and any of the recommendations that undermined centralisation in favour of devolution of power was rejected in entirety.

“The same could be said about downsizing. Although the government plays on the rhetoric of reducing the size of the civil service, but all the areas where the report recommended rationalisation, merger and dissolution were totally rejected by government.

“One can categorically state that almost all recommendations of the committee in respect of rationalising and pruning down the overbloated civil service were shot down by the government. The implication is that government sees itself as the Hobbesian Leviathan and has no interest in devolving power outside itself. The implication is that the government wants to remain the creator of jobs and the main employer of labour.

“This means that if what the government plans to implement were its own version of the report with almost every recommendation on rationalisation and devolution rejected, then it is no more than a deceptive ploy to hoodwink the masses into believing that something is happening, while, in fact, what government is doing is just consolidating its hold on power and jobs.”

Dr Adi argued that this has dire implication for growing the economy leveraging competent, goal-driven, private sector resources, and that nothing would be saved from recurrent expenditure which is more than 50 per cent of government’s annual budget. “It means that inefficiency, nepotism, corruption and mediocrity would continue to dictate the run of affairs in the nation,” he concluded.

He said the intention of government was immediately outlined when it rejected the recommendation to change the Federal Civil Service Commission to Federal Public Service Commission. According to the economist, “This mindset underlies the militaristic philosophy of Nigeria’s administrative apparatus. Elsewhere in the world, the name for such a commission is public and not civil. Civil connotes a military regime that thrives on the distinction between military and civilians.”

Describing the attitude of the government to the Oronsaye Report as “clearly one of disdain,” he wondered why it would spend resources on a committee whose reports it has no intention to adopt or implement. “Nothing could be stranger. This country doesn’t want progress or rather the criminal gang that rapes this country is eager to revert it to a medieval fiefdom,” he said.

Prof. Otobo noted that The White Paper rejected most of the key recommendations concerning merger, abolition and consolidation of departments, statutory commissions and parastatals. He agreed that implementing the reforms, now contemplated by the Federal Government, would only help it achieve the twin objectives of cost saving and streamlined bureaucracy, at a time of dwindling fiscal resources if it was more closely aligned with the original recommendations of the Oronsaye Report than the rather truncated version outlined in the White Paper.

Otobo observed that credible implementation of the original document would be a significant development, especially viewed from the broader context of both public sector reforms and constitutional reforms.

Otobo noted that at a time of dwindling fiscal resources, an initiative that would fully implement the Report would send a strong signal that government was committed to streamlining its sprawling bureaucracy, saving on administrative costs, and promoting greater coherence. “More importantly, the launching of this reform effort would, hopefully, stimulate reflection by the Federal Government itself on how some of its functions could be devolved to the sub-national tiers of government, along with corresponding resources, consistent with the federal system of government.”

Also in his article titled, ‘Five Action Steps Toward Constitutional Restructuring’, published in The Guardian of January 2, 2019, Otobo, argued thus: “Surprising, as it may seem, the first practical step to constitutional restructuring must include summoning the courage and commitment to review and implement the findings of the Presidential Committee on Restructuring and Rationalising of Federal Governmental Parastatals, Commissions and Agencies. The pristine purpose of that Committee was to recommend ways to streamline and merge many of the parastatals, commissions and agencies, including reducing the cost of running the federal government. However, that report must be reviewed afresh to identify entities whose functions and activities should be devolved to the states.”

Otobo advised that government would need to gradually phase-in the proposed reforms. Issues such as payment of entitlements and of retirement benefits as well as sequencing must be carefully thought through. The take-off date for the reforms cannot be earlier than January 2021, with the financial costs of reforms fully incorporated into the 2021 budget, he concluded.