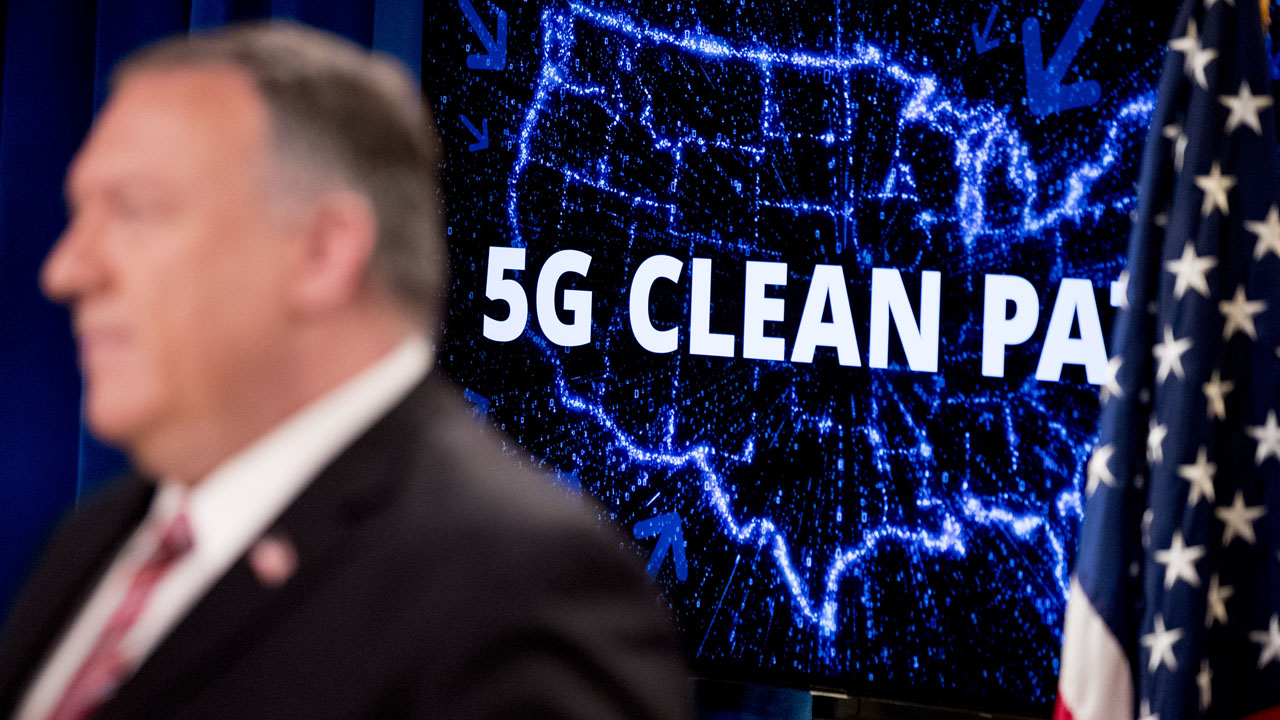 A screen that reads “5G Clean Path” with a map of the United States is visible behind Secretary of State Mike Pompeo as he speaks at a news conference at the State Department on April 29, 2020, in Washington,DC. (Photo by Andrew Harnik / POOL / AFP)

The Trump administration is divided over the deployment of a new 5G cellular network, with the Pentagon, NASA and others at odds with other government agencies.

The five-member Federal Communications Commission (FCC) voted in late April to approve the deployment of a 5G cellular network by Ligado Networks.

Opponents of the plan argue that it would use spectrum that could potentially disrupt frequencies used for commercial and military Global Positioning System (GPS) signals.

The FCC decision has received the backing of Attorney General Bill Barr and Secretary of State Mike Pompeo.

But Pentagon chief Mark Esper, NASA, the Commerce Department, Department of Homeland Security and major airlines have voiced their opposition.

On Wednesday, top Pentagon officials pleaded their case before a Senate committee.

“There are too many unknowns, and the risks are too great to allow the proposed Ligado system to proceed in light of the operational impact to GPS,” said Dana Deasy, the top advisor to the defence secretary for information technology.

Senator Jim Inhofe, a Republican from Oklahoma who chairs the Senate Armed Services Committee, also voiced his opposition to the project by Ligado, a Virginia company formerly known as LightSquared.

“I do not think it is a good idea to place at risk the GPS signals that enable our national and economic security for the benefit of one company and its investors,” Inhofe said.

“After extensive testing and analysis, experts at almost every federal agency tell us that Ligado’s plan will interfere with GPS systems,” he said. “Interfering with GPS will hurt the entire American economy.”

Inhofe said he had raised the question with President Donald Trump and that the FCC decision had been made “without cluing the president in on any of this.”

Deasy said the Pentagon would lodge an appeal in a bid to have the FCC reversed its decision.