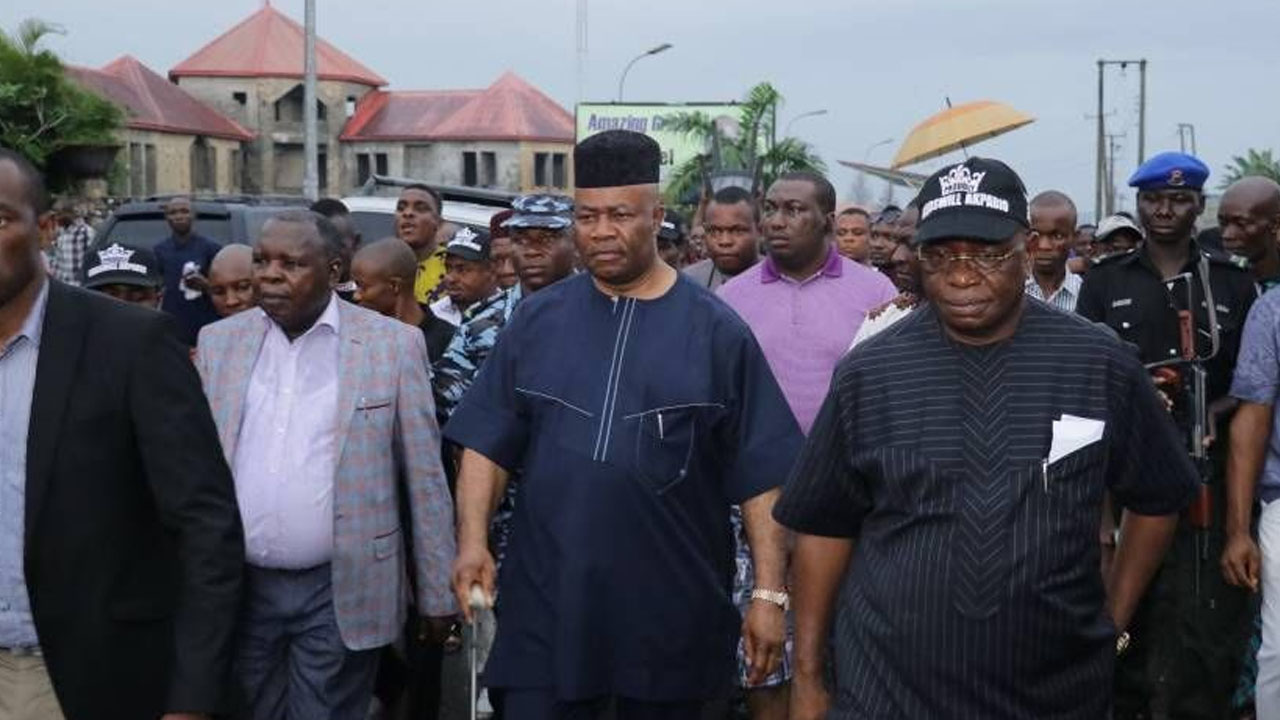 ..Say forensic audit will expose those who have used their exalted positions to fleece the NDDC

Minister of Niger Delta Affairs, Senator Godswill Akpabio has declared that he is ready to face any probe instituted to investigate his activities as Minister in charge of the Niger Delta Development Commission (NDDC).

This declaration was contained in a press statement by Anietie Ekong, Chief Press Secretary to the Minister, issued yesterday in Abuja

According to Aniete, Akpabio is upbeat about the plan to probe the NDDC as he has no skeleton in his cupboard, adding: “In fact, he will welcome a public hearing beamed live for all Nigerians to see”

He continued: “The probe of the Commission along with the ongoing forensic audit will expose those who have used their exalted positions over the years to fleece the NDDC through fully paid contracts which were never executed and other forms of contact racketeering”

“While we await the probe if carried through, we find it extremely insulting for Senator Akpabio’s name to be dragged into what is obviously a smear campaign”

“The general public should not be misled by spurious claims. The NDDC under the supervision of Senator Akpabio will not be distracted neither will the ongoing forensic audit of the Commission be derailed through blackmail and intimidation”

Statement reads in part: “The attention of the Honourable Minister of Niger Delta Affairs, Senator Godswill Akpabio has been drawn to sensational headlines about an alleged N40 billion corruption in NDDC”

‘We wish to state categorically that under the supervision of Senator Akpabio, there has been no corruption in the NDDC”

“It is obvious that there have been an upsurge in attacks on the Commission, the Interim Management Committee and the Honourable Minister through spurious and unsubstantiated allegations since the commencement of a forensic audit of the Commission. Unfortunately, these phantom allegations have found their ways into the hallowed chambers of the National Assembly”

‘In response to the campaign of calumny, the Commission had explained that the Interim Management Committee has only approved the total payment of Eighteen Billion Naira (N18, 000,000, 000) for contractual claims”

“The payments to contractors are all payments for contracts awarded by previous administrations, especially the payment for contracts below N50 million. The present management has not awarded any single contract. So where is the bogey N40 billion coming from?

“It is instructive that the Commission under the supervision of Senator Akpabio has devised a strategy by which only duly verified and inspected contracts with photo and video evidences are recommended and approved for payments. The Interim Management Committee has been very prudent in managing the affairs of the interventionist agency”

“The interest of Senator Akpabio has been to make sure that the NDDC completes its headquarters building, started since the days of the defunct Oil Minerals Producing Areas Development Commission (OMPADEC), the contract of which was awarded with approval of the Federal Executive Council many years before Senator Akpabio became the Minister of Niger Delta Affairs’

“Following the recent Presidential approval, the NDDC is also providing intervention support to complement efforts of the Federal and State governments against further spread of COVID 19 in the nine states of the Niger Delta.”