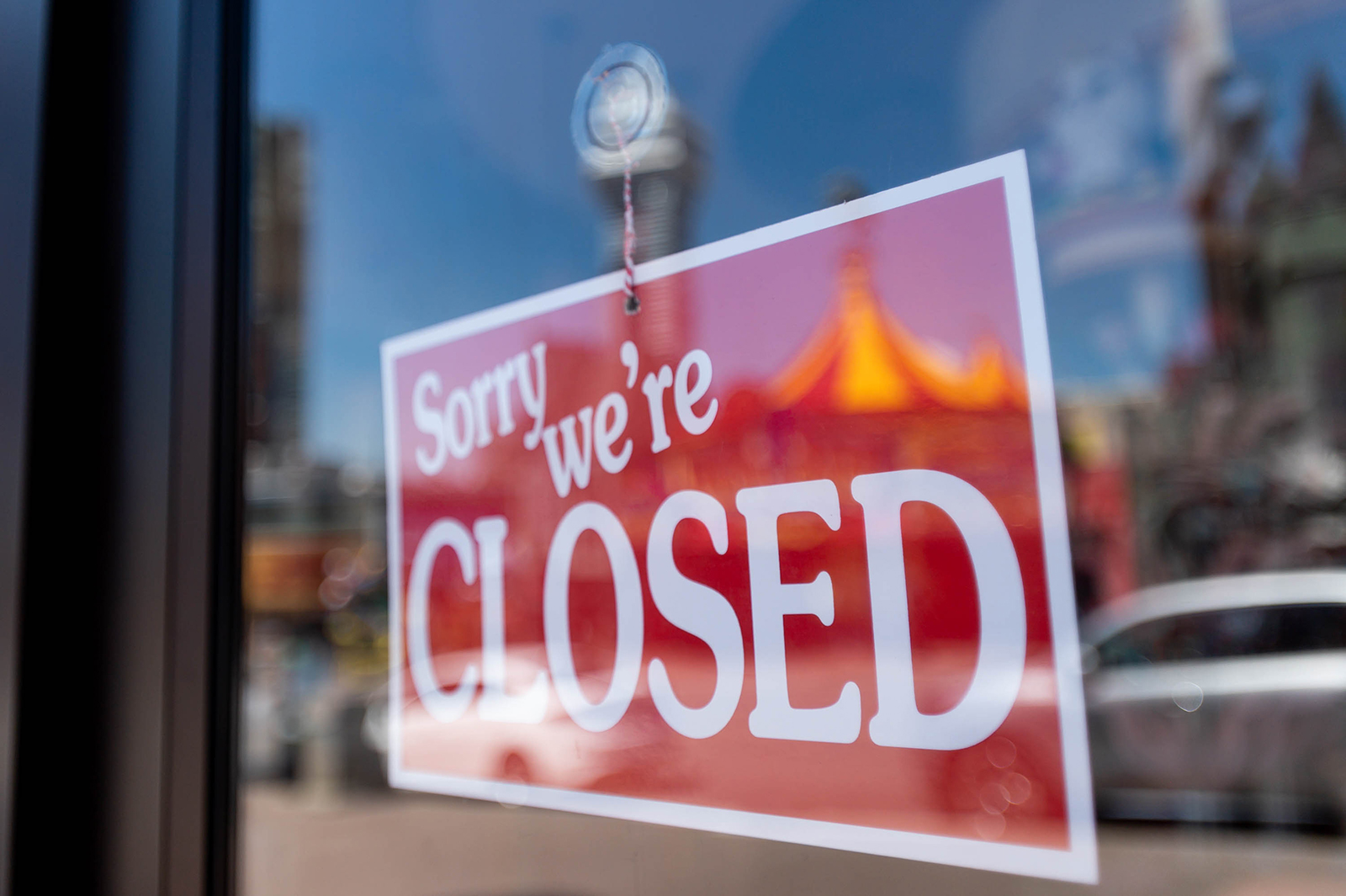 A closed sign in the town of Niagara Falls is seen on April 27 in Niagara Falls, Canada. Tourist attractions across Canada have been hit hard by the Covid-19 pandemic. Emma McIntyre/Getty Images

At least 2 million Canadians lost their jobs in April, adding to the 1 million who were already unemployed through March.

Canada’s unemployment rate stands at 13%, the second-highest ever recorded.

Statistics Canada said the unemployment rate would be even higher — nearly 18% — if those who were not actively looking for work were included. Nearly one in three Canadian workers either didn’t work in April or had reduced hours.

“Right now, Canadians are hurting because of this pandemic. Everyone has their own story, but it all boils down to a very difficult time for a lot of people,” Canadian Prime Minister Justin Trudeau said during a news conference in Ottawa on Friday.

Trudeau announced that the emergency wage subsidy program is being extended beyond June, in an effort to encourage more employers to keep staff on payroll or to help more businesses re-hire employees already laid off.

Nearly 100,000 businesses have already been approved for the up to 75% wage subsidy program.