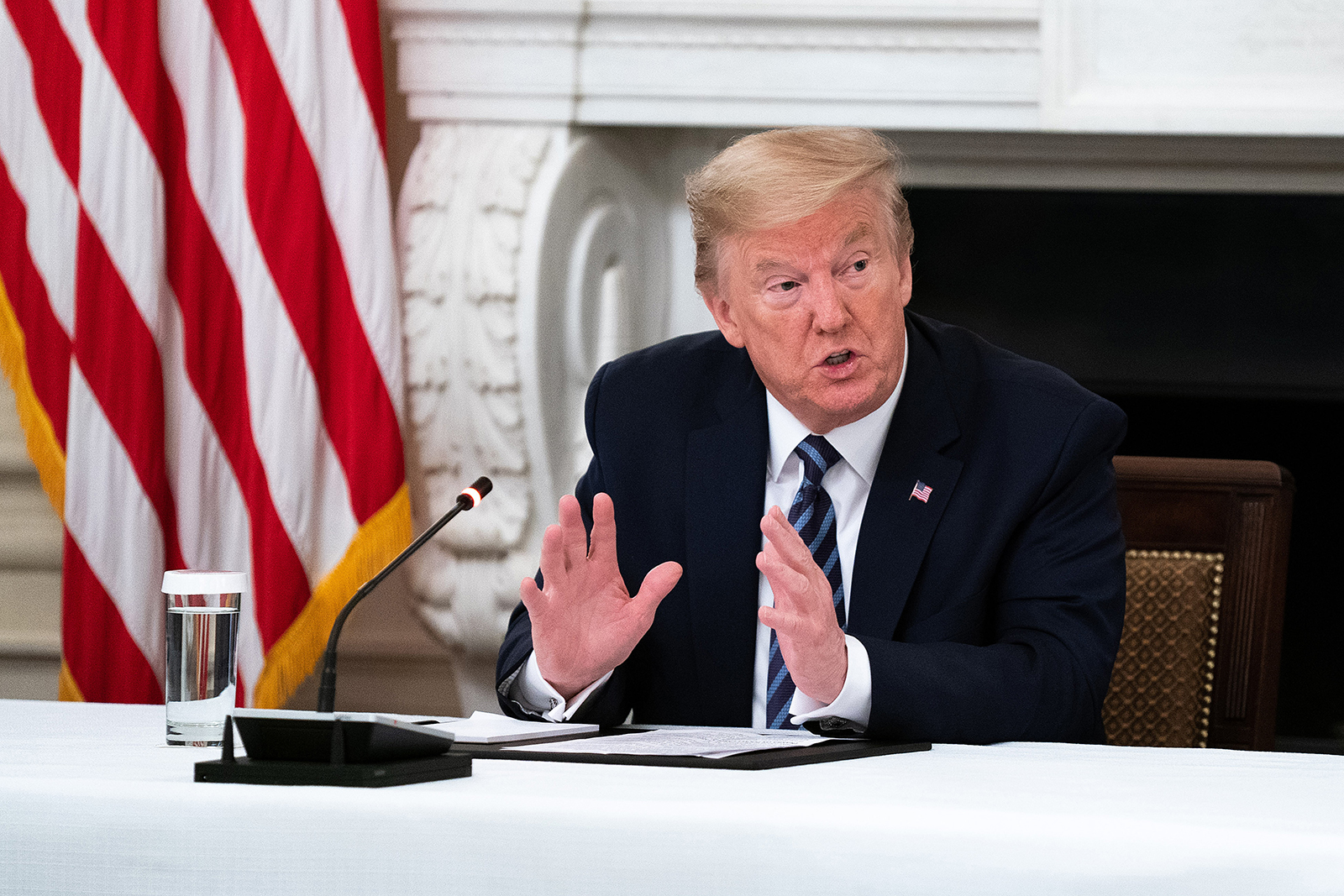 US President Donald Trump in the State Dining Room at the White House on May 8, in Washington, DC. Anna Moneymaker/Getty Images

US President Donald Trump hoped this would be the week he emerged into a nation recovering from pandemic. Instead the pandemic came to him.

A day after breaking his White House self-isolation for a cross-country trip meant to signal the country’s readiness to restart, Trump received word that one of his Oval Office valets tested positive for the virus.

Two days later, Vice President Mike Pence’s press secretary also tested positive — setting off another round of tests, delaying the vice president’s trip to Iowa and causing more hand-wringing inside the White House about who might be infected.

Why this is important: The arrival of coronavirus to the West Wing only served to illustrate the continued spread of the disease months into a pandemic that’s taken more than 77,000 American lives and turned a once hot economy to ice. Even the nightly deep cleanings, regular testing and a lot of wishful thinking couldn’t prevent the virus from arriving on Trump’s doorstep.

As the President agitates for states to loosen their restrictions and allow Americans back into workplaces and businesses, the sight of his aides contracting the disease did little to boost confidence the nation is ready to return to normal, even as jobless claims skyrocket to never-seen-before levels and options for reviving the economy fall short.

At the same time, it had no apparent effect on Trump’s willingness to proceed as normal on Friday, when he eschewed a mask while visiting with nonagenarian World War II veterans and invited a large group of lawmakers to the White House for a meeting, all of whom were tested before arriving. Asked the reason his staff weren’t wearing masks on Friday, Trump pointed to the one White House official in the room who was: the White House photographer.

It’s all part of Trump’s business-as-usual approach that’s become his default as he looks to move past the outbreak.