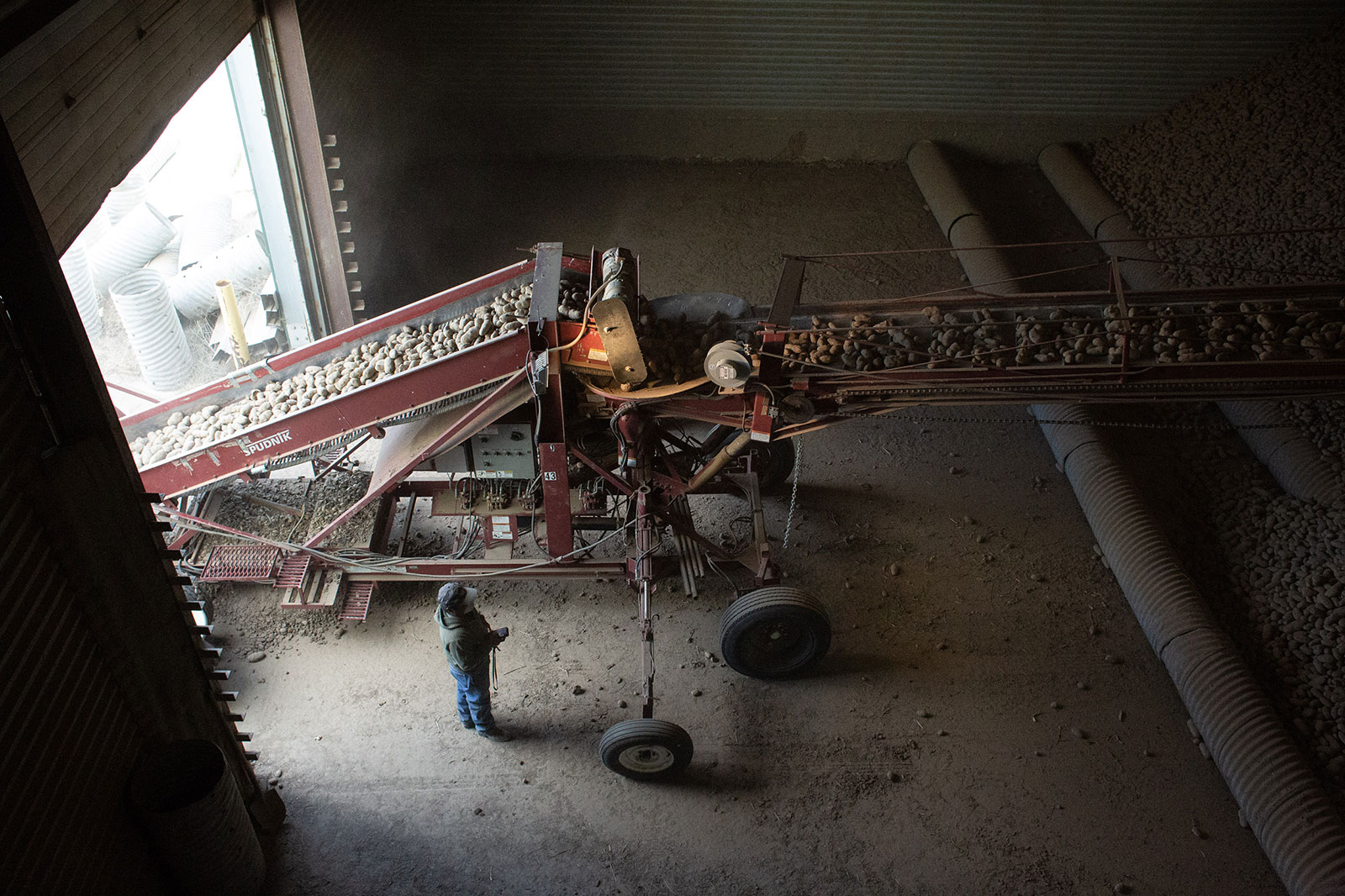 A farm worker transfers Russet Burbank potatoes into a storage facility in Warden, Washington, on May 1. David Ryder/Getty Images

President Trump tweeted that beginning next week, the US will purchase $3 billion worth of food from farms to provide to food banks.

CNN previously reported this program is part of the $19 billion in aid to farmers the US Department of Agriculture that was announced on April 17.

About the program: The USDA is partnering with private distributors who will buy a variety of food and package it into boxes that it will deliver to food banks. The USDA said it will spend $100 million a month on fruits and vegetables, $100 million on dairy products and a $100 million on meat products.

The other $16 billion will be distributed in payments directly to farmers, though that system is not expected to be up and running until the end of May.

“We applaud the USDA for its quick action and flexibility in finding a way to get food from America’s farms to the dinner tables of those who need it most. These food purchases will help the hungry while providing income to farmers and ranchers who have seen some markets for their food disappear during the Covid-19 pandemic,” Duvall said in a statement.

This news comes as food banks across the country face immense pressure with Americans out of work at historic rates.

A food distribution site with “Women Giving Back” in Sterling, Virginia, gave away almost 11,000 pounds of food on Saturday to nearly 400 households, according to statistics provided by the group.

The organization was forced to turn five carloads of people away after running out of food.