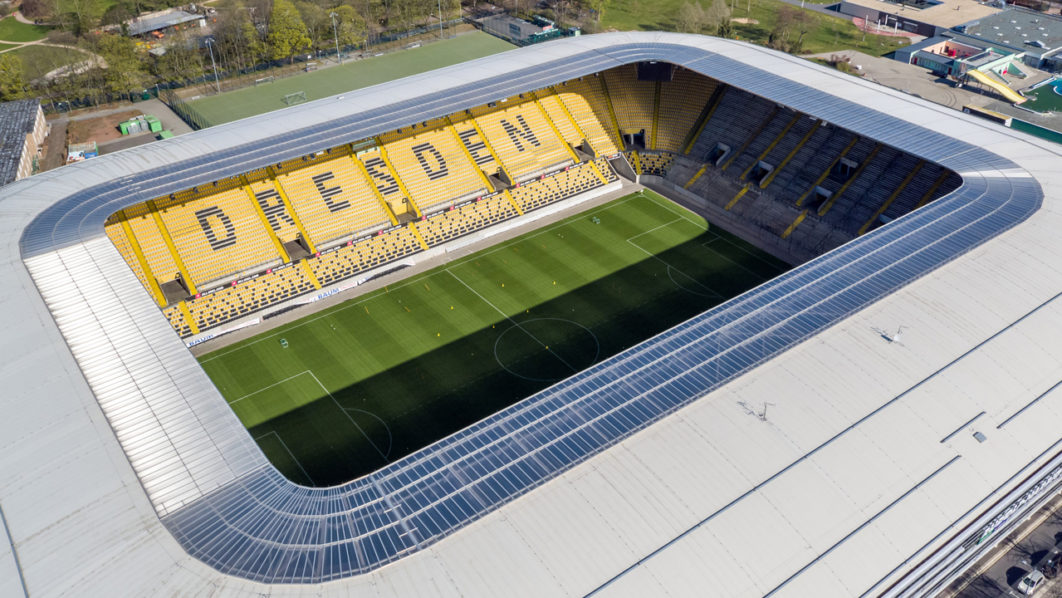 An aerial file picture taken on April 8, 2020 in Dresden shows a view of Rudolf-Harbig stadium, where the German second division Bundesliga football club Dynamo Dresden trains. – Dynamo Dresden placed their entire squad into a 14-day quarantine on May 09, 2020, just a week from the restart of the Bundesliga season, after the club reported two more cases of coronavirus. (Photo by Jan Woitas / dpa / AFP) / Germany OUT

“It can reach a scale where it’s not feasible anymore,” he said. “It would depend on how much time there is left to finish the season.”

The Bundesliga season is slated to end on June 30, he said.

“A lot of player contracts are running out so we want to play as many games as possible before then,” Seifert said, adding that some matches could also be postponed until early July.

The quarantine means that Dynamo, who are bottom of the second division, will not be able to play their fixture against Hanover next weekend.

As well as the players, the club is isolating its entire coaching and supervisory staff.

The German league said on Thursday that it had recorded 10 positive cases from 1,724 tests of players and staff at the top 36 clubs in the first wave of testing, and two more in the second.