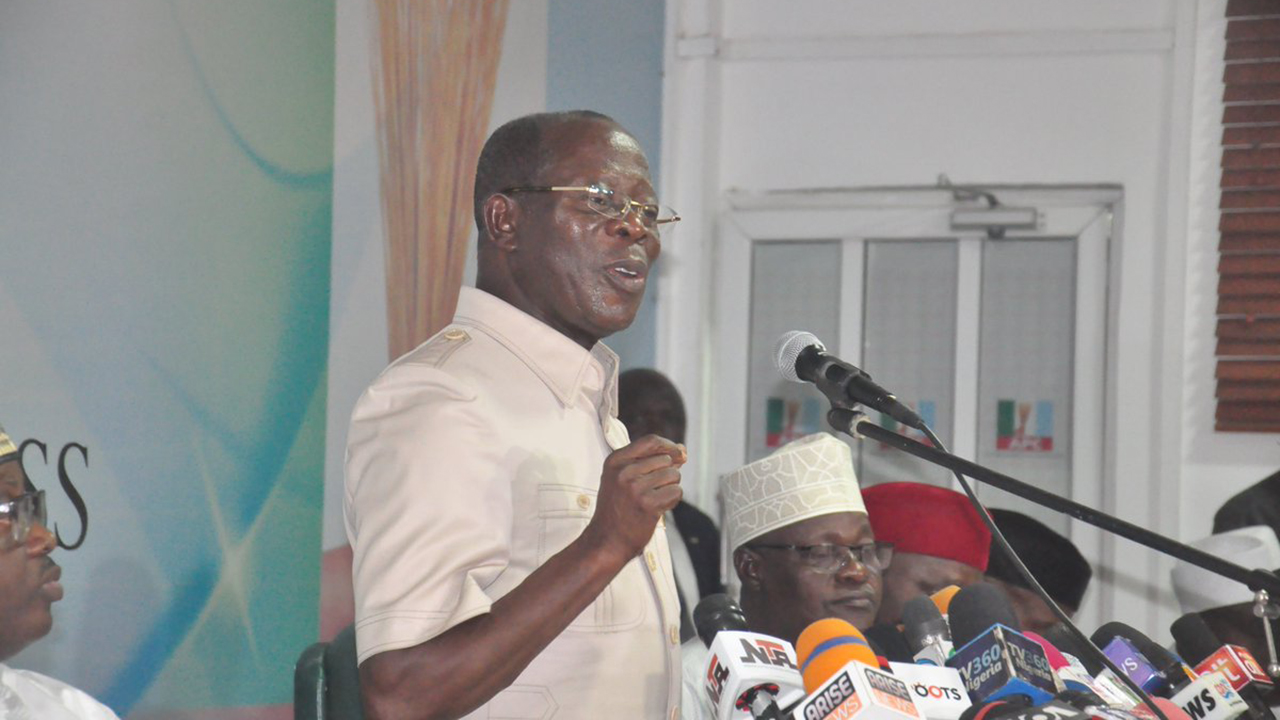 Although his tenancy of Osadebay Street Government House will lapse on November 11, 2020, emerging realities about the September 19, 2020 governorship poll in Edo State, tend to favour the incumbent.

Going by the subsisting timetable announced by the Independent National Electoral Commission (INEC), the commission is expected to publish the notice of the election on June 1, 2020 in line with Section 30(1) of the Electoral Act, 2010 (as amended). That would pave the way for the 18 INEC-recognised political parties to collect Forms, EC9B (revised form CF002) from the commission’s headquarters for distribution to the parties’ aspirants.

It is not known as yet, whether INEC would vary the timelines due to the ongoing containment measures for the COVID-19 pandemic, but INEC has maintained that so far, nothing on the released timetable has changed.

Concerns for the smooth takeoff the processes apart, it is believed that in the event that the incumbent goes ahead to win the gubernatorial contest, he would have demonstrated to his estranged political godfather, predecessor and current national chairman of the governing All Progressives Congress (APC) that he has become the new GO (General Overseer) of Edo State politics.

However the journey to Godwin Obaseki’s second electoral victory is not proving to be an easy one, basically on account of the needless internal schism between him and Comrade Oshiomhole, over the control of the APC apparatus, especially regarding who calls the shots about who gets what in the state.

Recent checks by The Guardian revealed that instead of distracting or diminishing Obaseki’s clout, the political supremacy battle has opened the governor to latent alliances and possibilities. Members of the other camp may have thought that being a ‘neophyte’, a battle against the incumbent would end up in a humbling encounter for him.

Back To Battle
SHORTLY after he emerged national chairman of APC, in 2018, Oshiomhole’s attempt to isolate Governor Obaseki in the emerging political configuration in the state through the delegates’ election as well as selection of party candidates in the buildup to the 2019 general election raised the red flag on their continued smooth political affiliation.

What simmered as mere political cold war blossomed into an out skirmish when the governor’s attempt to add his voice in the leadership configuration of the Edo State House of Assembly, was met by the open rebellion of some thirteen lawmakers-elect, who chose to align with Oshiomhole’s designs.

By the time the Edo State House of Assembly was proclaimed for opening of plenary, the unfolding madness had literally reached the market square, shortly after Hon. Frank Okiye had emerged as new Speaker, the division between the two former allies widened.

The situation was to worsen further when words began making the rounds about a clandestine plan to impeach the governor should the 14 absentee members-elect regain membership of the legislature through the intervention of the National Assembly.

Divided into 10 against 14, the lawmakers-elect loyal to Oshiomhole boasted of their superior numerical strength and sold the impression that with the former labour leader’s position as national chairman, it was but a question of time before Obaseki would be forced on his knees, begging for rapprochement.

New Friends
WHAT became Obaseki’s battle cry was his claim that godfatherism was at play, and that Oshiomhole had handed him the short end of the stick. His cries won him sympathisers across the political spectrum in Edo and across the country.

First was the governor’s endorsement by the Esama of Benin, Chief Gabriel Igbinedion, who apart from being the father to former governor is also a respected voice in the Edo traditional governance institution. He paid glowing tributes to the efforts of Obaseki.

Other notable PDP leaders in the state, including Chief Tom Ikimi, followed suit in singing the praise of Obaseki’s performance in office, particularly the incumbent’s exploits in the area of infrastructure uplift and socio-economic well being of the state.

Amid the outpouring of moral support for the governor, sources disclosed how Obaseki reached a covert political understanding with a cross-section of politicians that would midwife a consensus arrangement for his eventual re-election despite the shenanigans of the other camp.

Members of the Edo Peoples Movement (EPM) loyal to Oshiomhole were said to have gone to town with tales of a possible defection by the governor from APC to PDP shortly after the meeting between Obaseki and some PDP sympathizers (go-betweens). But, an APC chieftain of from Auchi told The Guardian in confidence last week that the political arrangement with PDP did not envisage the crossover of the governor.

“It was a psychological strategy to prey on the sentiments of those who believe that Oshiomhole was having the upper hand. The governor deployed deep thinking and looked ahead to what would obtain after the governorship election has been won and lost.

“With the way things are going, I can tell you that the strategy is working in his favour. After the election, you will see what would play out over the 14 vacant seats in Edo House of Assembly. Those who think PDP is not strong in the state will swallow their pride,” the source, a former lawmaker, stated.

Waiver Politics, APC/PDP’s Games
ALTHOUGH the state PDP chairman, Chief Tony Aziegbemi, told The Guardian that it was insulting to say that the party, as huge as it is, struck a deal with Governor Obaseki, the intrigues that preceded Chief Dan Orbih’s exit suggested otherwise.

Orbih, the immediate past state chairman, was accused of creating the ground for the speculated interest of Obaseki to contest the 2020 governorship on the PDP, a development which the 2016 governorship candidate of the party, Pastor Osagie Ize-Iyamu, gave as reason for his decision to jump ship into APC.

Having joined APC, Ize-Iyamu was said to have received assurances from APC stakeholders, especially former Lagos State governor, Asiwaju Bola Tinubu and Oshiomhole, that his return to the party would earn him the party’s ticket to re-contest the governorship after his spirited showing in 2016.

But, quite unlike ize-Iyamu’s experience in APC, Imasuagbon, who is the chairman of Pacesetters Group of Schools; did not rejoin a divided party. And being conversant with the constitution of PDP, which he left in anticipation of riding on the federal might of APC to become governor in 2016, Imasuagbon returned to the party exactly two years to the 2020 gubernatorial poll.

While supporters of some of his rivals engage in subdued complaints about the issue of waiver for Imasuagbon, those in the know insist that the ‘Riceman’ had no need for such, having been in the party for more than one year.

Speaking on the issue of waiver, as well as the preparedness of PDP to engage in competitive gubernatorial poll come September 19, the state chairman, Aziegbemi said: “We are very ready and thinking through the processes, we expect the process to be well managed.”

As to whether the PDP governorship standard-bearer would emerge through consensus and what becomes of Imasuagbon, Aziegbemi explained that the issue of consensus depends on the aspirants, assuring that “we will not force consensus on them.”

His words: “We assure our aspirants of level playfield. The party will make sure that the primary would be credible, free and fair. The issue of waiver is provided in PDP’s constitution, but that is beyond the state chapter. I don’t think Imasuagbon needs a waiver, he has been with us for more than one year.”

Although it was apparent that PDP was speaking tongue-in-cheek about its relationship with Obaseki against the backdrop of the desire of some members to help the governor vanquish Oshiomhole and requite him for his “bad political behaviour after his election,” the situation in APC is not clement for Ize-Iyamu.


A top member of APC National Working Committee (NWC) disclosed that despite the fact that the former PDP governorship candidate returned to APC recently, the division within the Edo State chapter does not help his cause.

Declining a mention of his name in print, the PDP chieftain from South/South geopolitical zone pointed out that even as it belonged to the NWC to issue a waiver, “the fact that the national chairman was suspended from the party gives room for a possible litigation should Ize-Iyamu emerge as candidate.”

It would be recalled that Ize-Iyamu’s entry into APC attracted the open censure of the Obaseki camp, even as the governor was out of the country, he (Ize-Iyamu) has continued wax strong as the next best contender for the party’s ticket outside the incumbent.

But the odds keep stacking against POI’s quest to occupy the Osadebay House. Apart from hailing from the same Edo South Senatorial District as Governor Obaseki, Ize-Iyamu’s ambition does not jell with older members of the party.

At a point before his return to APC, it was speculated that either of Chris Ogienwonyi and Charles Airhiavbere, was being favoured by Oshiomhole to supplant Obaseki as APC candidate for the 2020 governorship. It was based on that optimism that Airhiavbere was said to have supervised the movement of the 14 absentee lawmakers-elect to Abuja “to await favourable developments for their swearing into office.”

But things began to take contrary posture when most members of the EPM expressed reservations about the ability of the two men to defeat Obaseki in a clean contest, a situation that oiled Ize-Iyamu’s “designs to run on APC platform.”

Yet, against the backdrop of insinuations that Oshiomhole is merely using the new entrant to sustain his ego battle against Obaseki, a recent attempt to return Ize-Iyamu as consensus candidate of the Oshiomhole camp hit a brick wall of resistance.

The consensus approach was seen as EPM’s, and by extension, Oshiomhole’s best bet to square-up against Obaseki for the APC ticket by ensuring that the delegates votes available to their camp was not split.

Although the gladiators have moved over to Abuja to review and re-strategise, mutual suspicion is said to have entered into the group, with fears that some of the aspirants seem to be playing along as contenders while working surreptitiously to Obaseki’s ultimate interest.

The suspicion was blamed, when last Thursday’s meeting to get a consensus candidate, through a straw poll, ended in fiasco, based on disputations over the methodologies adopted to select one person from a short-list of four aspirants, including Ize-Iyamu, former deputy governor, Pius Odubu, Ogiemwonyi and Airhiavbere.

Stung by the strong opposition by the troika of Odubu, Ogiemwonyi and Airhiavbere, the POI campaign organization accused some blacklegs in the party of trying to stall “this noble effort to pave a way for the emergence of a strong candidate to defeat Obaseki and win the governorship for Edo State APC.”

Stressing that POI enjoys “cordial personal and professional relationship with the aspirants, Mayaki said they all share the “desire to bring growth and development to Edo State and undo these past few years of disorganization, confusion, and bitter politics that has poisoned our state and sadly relegated actual governance to the background.”

As Edo State awaits the kick-off of processes leading to the September 19 governorship showdown, the questions only time would answer are: Can a house divided among itself stand? How prepared is PDP to take advantage of the infighting in APC to re-launch itself as the party of choice in the state? 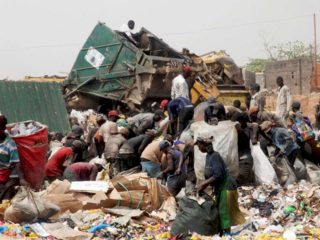 That Lagos order on dumpsite scavengers

The world after COVID-19 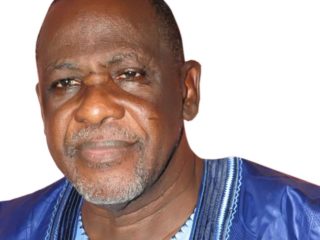 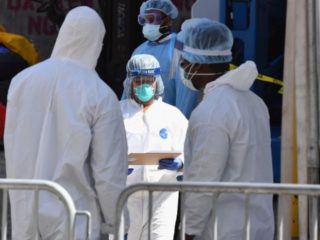