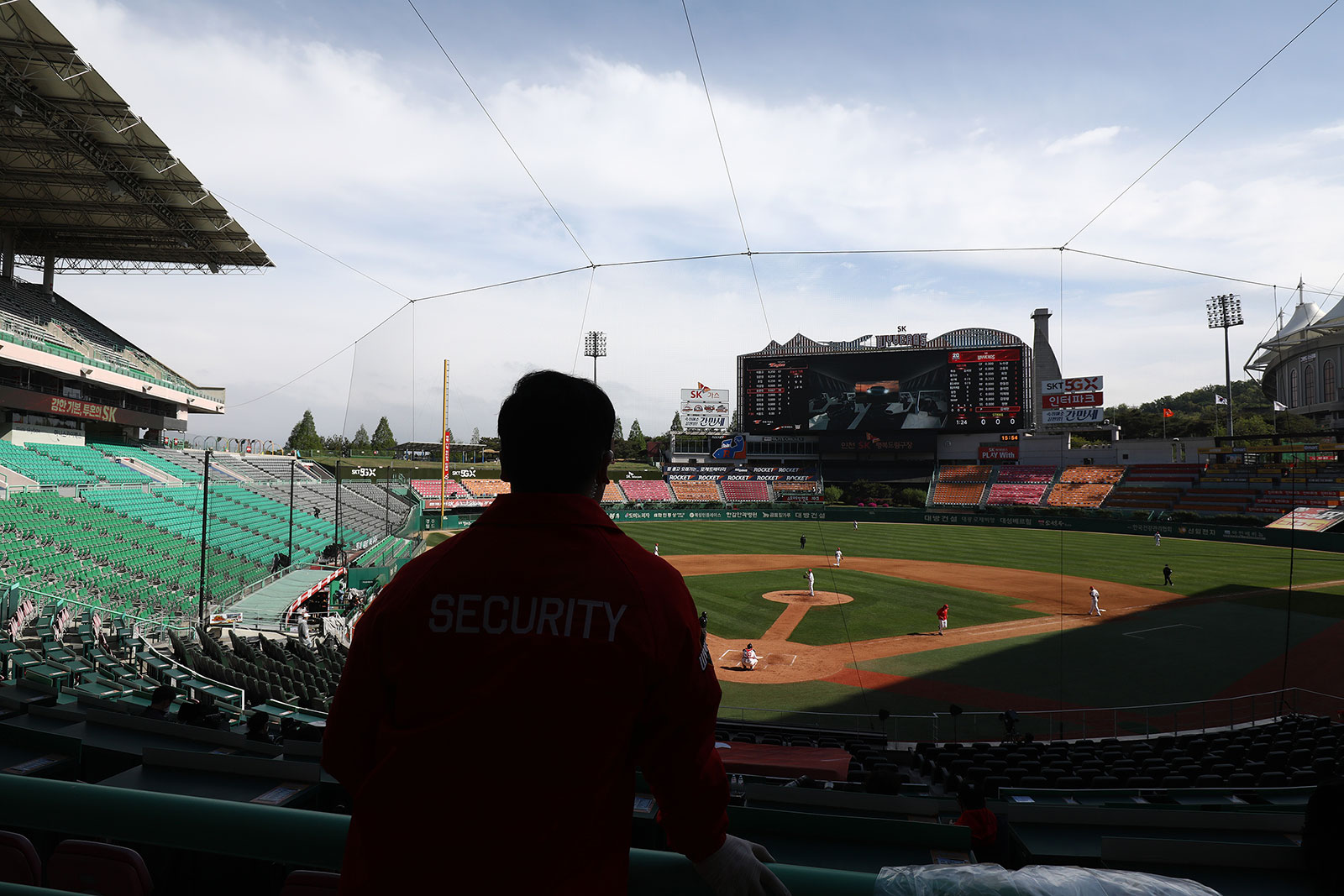 A security guard watches a KBO baseball game between the SK Wyverns and Hanwha Eagles in Incheon, South Korea, on May 5. Chung Sung-Jun/Getty Images

It’s the bottom of the ninth inning. Kim Sang-su steps into the batter’s box for the NC Dinos, who are down 4-0 to the Samsung Lions on Tuesday’s opening day of the Korean Baseball Organization’s (KBO) 2020 season.

This is the Dinos’ final chance for a comeback. But play-by-play announcer Karl Ravech has disappeared.

Ravech, the host of ESPN’s flagship MLB program “Baseball Tonight,” is experiencing technical difficulties from his home in the northeast United States, where he’s calling the game — thousands of miles away from where it’s taking place.

His partner in the virtual broadcast booth, longtime professional baseball player Eduardo Perez, takes the reins from his own home in the southeast of the country, filling in briefly before Ravech is able to return.

Ravech told viewers it was likely an internet dropout and to “be prepared, it might happen again.”

That game was the first Korean baseball contest aired by ESPN as part of an agreement that will see the US sports network show six KBO games a week.

Technical difficulties, like those experienced during Tuesday’s broadcast, are just one of the many challenges ESPN faces in its first major attempt to air live sports since professional sports in the United States paused play indefinitely amid the coronavirus pandemic. The network is betting that Americans are craving live sports enough to follow an unfamiliar league halfway around the world.