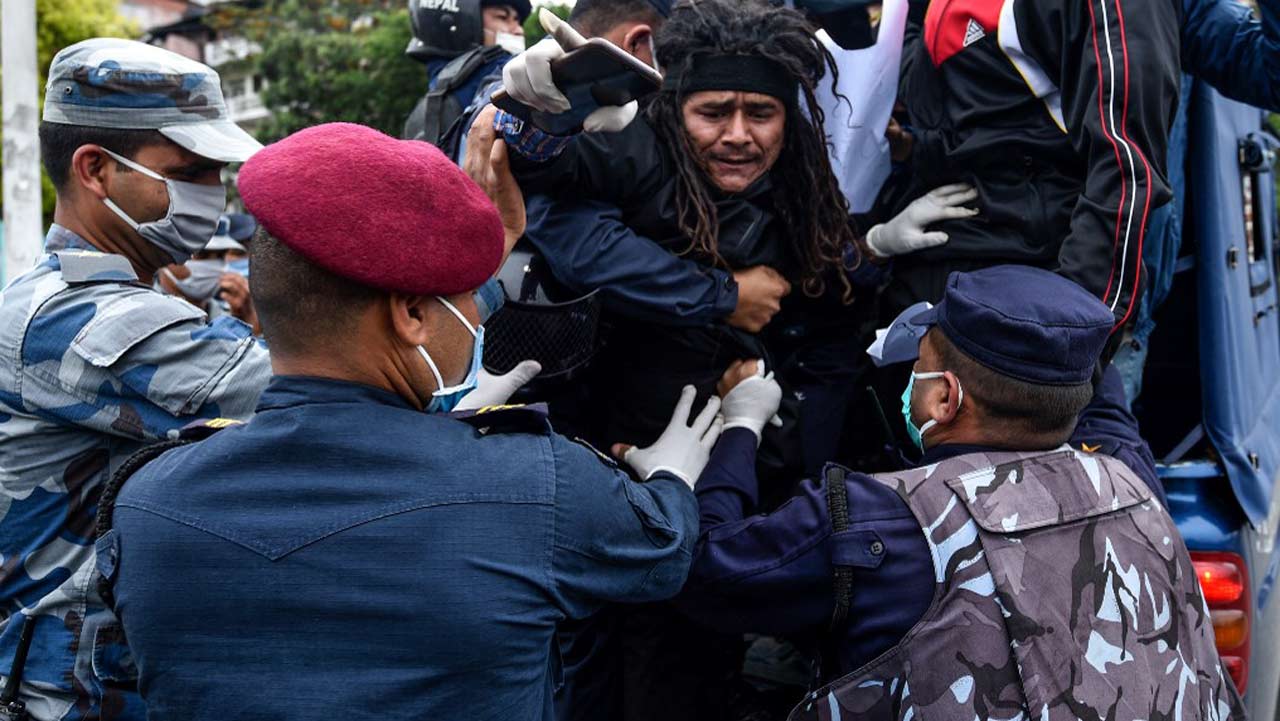 It was the tragic spectacle of the entire world locked down by a tiny virus that brought back the powerful metaphors in the lyrics of Peter Tosh’s 1977 ‘Downpressor Man’ reggae track to my immediate memory. It was the trio of Bob Marley, Peter Tosh and Bunny Wailer who first drew my attention to the deep thinking that informed reggae music of the 1980s as practised by the three original wailers. Of course, I had enjoyed the rhythms of such reggae artistes as Jimmy Cliff, U-Roy, Burning Spear, Toots and the Maytals, Third World, and Mighty Sparrow. But when it came to appreciating the radical potentials of reggae music, it was Bob Marley and Peter Tosh that won the day for me. I still remember Marley’s ‘Four hundred years of slavery’, ‘Babylon System’ and ‘Buffalo Soldier’ tracks like gospel songs.

I had walked into my room as Senior Prefect of Baptist High School Port Harcourt in 1977 when I picked up the lyrics of a song from my little transistor radio. Tosh sang the following lines to the heavy rhythm of guitars and drums using the most emotive power that the voice could summon: ‘Where you gonna run to/Downpressor Man’ and ‘You gonna run to the sea/But the sea will be boiling/All along that day! Not done, he went on to croon: ‘You gonna run to the rocks/The rocks will be melting/When you run to the rocks! These lines capture for us the apocalypse, when the end shall come and the ‘sinnerman’ would have no where to hide. My first reaction was to interrogate the word ‘Downpressor’. What did it mean? In my usual style I picked up the dictionary. There was no such word. Further enquiries made me understand the use of Downpressor as oppressor.

They and us, the dialectic of the oppressor and the oppressed, powerful and the weak, the under-privileged and the privileged became for me a reason to listen to Bob Marley and his fellow travellers. Reggae was not all about smoking ‘ganja’ like ruffians as the official narrative dictated at the time!

Picture the sea boiling when sinners have dived into it to be safe from the trouble of the times. He then extends the doom to the rocks melting for those who run there for salvation. He goes plain when he says ‘you can run but you can’t hide’; yet this does not diminish the poignancy of the message embedded in the song composed some forty odd years ago. Events in the world now show that though one can run, he cannot hide. This is at two levels. The level of the power of intelligence gathering. And the level of a disease that has made it impossible for anybody to run anywhere for safety. The American cannot run to Europe in order to escape the virus. Africans cannot run to America or Europe to escape COVID-19. Has Peter Tosh’s doomsday prophecy come to pass?  Are the rocks melting now somewhere? What has happened to the arctic sea? Is it melting? Certainly, not boiling.

Peter Tosh it was who also sang ‘Everyone is crying out for peace/none is crying out for justice in the album Equal Rights. Of course, it is an old track. But it is still very relevant to contemporary experience. Within the context of global politics, for example, this is very significant and prophetic. The murder of Saudi journalist Jamal Khashoggi still stinks from the throne of the Saudi monarchy. Such blatant termination of life ought to be met with tough sanctions from the comity of nations. But America as leader of the free world has not taken the incident seriously. Yet everyone cries out for peace!

Metaphors! There is a sense in which the world can be said to be on the boil currently. Boiling with diseases. With wars, major and minor. Rumours of wars. Threats of war. Conspiracy theories. Earthquakes. Violence and fury of nature from tsunamis, hurricanes, and storms. The 21st century can showcase all the benefits of technology. Yet, it carries within intense dissatisfaction with the quality of life, the quality of leadership across the world. Even where there are bright minds, mediocrity is the order of the day. The flash in the pan type of popularity. Populism. Eternal values are being interrogated and discarded. In biblical terms, these are portents long predicted that the evil system of things would soon come to an end.

COVID-19 has proved Peter Tosh right. Where can one run to now, that the entire globe is shutting its borders? The best hospitals in America cannot cater for the entire world. When the disease hit Europe and America, Africa appeared safe. Not for long. The raging bull of a virus soon reared its ugly face on our continent. The boiling metaphor has come full circle. Globalisation brought benefits; but it has left a sour taste in the mouth. We cannot do without one another. Yet, wisdom says that we must build our homeland. Not that our homeland would be safer in the final analysis when the apocalypse does come. For the people in charge of policy development and implementation, now is the time to create our world the way it ought to be. Billions of dollars stolen and stashed away in the vaults of Europe and the Americas cannot save the world when the boiling returns the next time. Safety can only be found when we embrace the Creator of the universe whose timeless principles urge us to return to Him so that though the sea will be boiling, in him ‘we shall have peace because he has overcome the world!