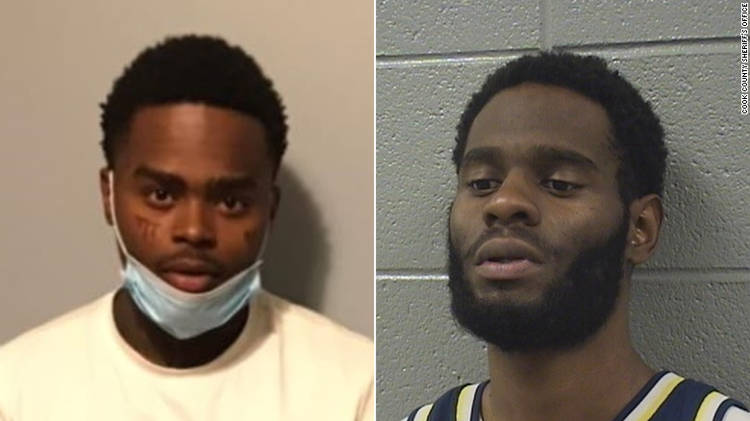 A 21-year-old Jahquez Scott inmate at the Cook County jail escaped prison by wearing a face mask and using the identity of another inmate.

28-year-old Quintin Henderson was set to be released from the Cook County jail for a narcotics charge but he instead decided to give his personal information to Scott in exchange for a promise of $1,000.

In the wake of the coronavirus pandemic, all inmates are required to wear face masks to protect themselves but it also appears some are using it to fool authorities.

The Cook County sheriff’s office said in a statement:

“Scott, 21, wearing a mask, then used Henderson’s full name and personal information to pose as Henderson and left custody on Henderson’s I-bond. Jail staff learned there was a discrepancy when they did not have Henderson’s paperwork when he provided his information for discharge. An internal investigation is being conducted, and a search is underway for Scott.”

“Jahquez Scott, who has a record for aggravated battery to a police officer, possession of a controlled substance, and criminal trespass, had a $50,000 bond for an unlawful use of a weapon charge and was ordered to electronic monitoring IF he made bond. For now, he’s roaming the streets a free man thanks in no small part to the Covid-19 pandemic.”

For his role in the escape, a bond has been set at $25,000 for Henderson. According to the sheriff’s office, he was ordered held without bond on charges of violating his bail bond on his original narcotics case. So that $1,000 promise is not likely to materialize anytime soon.

A federal judge ordered the provision of face masks for all inmates during the COVID-19 pandemic.