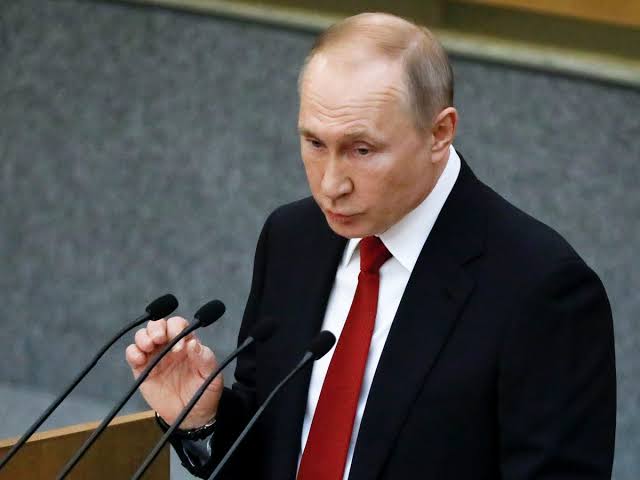 Russian President Vladimir Putin gestures while speaking during a session prior to voting for constitutional amendments at the State Duma, the Lower House of the Russian Parliament in Moscow, Russia. PHOTO: AP Photo/Pavel Golovkin/AP

Russian President Vladimir Putin will address the nation about the coronavirus on Monday, as a new record of daily confirmed infections was set and number of deaths surpassed 2,000.

Putin will give speak about the deadly pandemic and measures to support the Russian economy, the Kremlin said in a statement.

He is expected to announce a decision on the current national lockdown, which is due to start easing on Tuesday.

According to the official coronavirus data website set up by the Russian government, 11,656 people tested positive in the last 24 hours, with the total now at 221,344.

Russian officials say the number of cases is down to rigorous testing, with 5.6 million tests completed to date and almost half of people with coronavirus showing no symptoms.

However, the low death toll and Russia’s methods of logging fatalities have been questioned by the opposition, while doctors have said initial test kits often returned false negative results.

With the majority of cases in and around Moscow, some regions have begun to relax restrictions which have seriously affected the economy.

Sparcely-populated Yakutia, Magadan and Yamal lifted restrictions on being outside and allowed the reopening of some businesses, requiring people to self-distance.

In Moscow, the mayor has announced some industries and construction sites can begin work, but masks and gloves will be mandatory starting Tuesday.