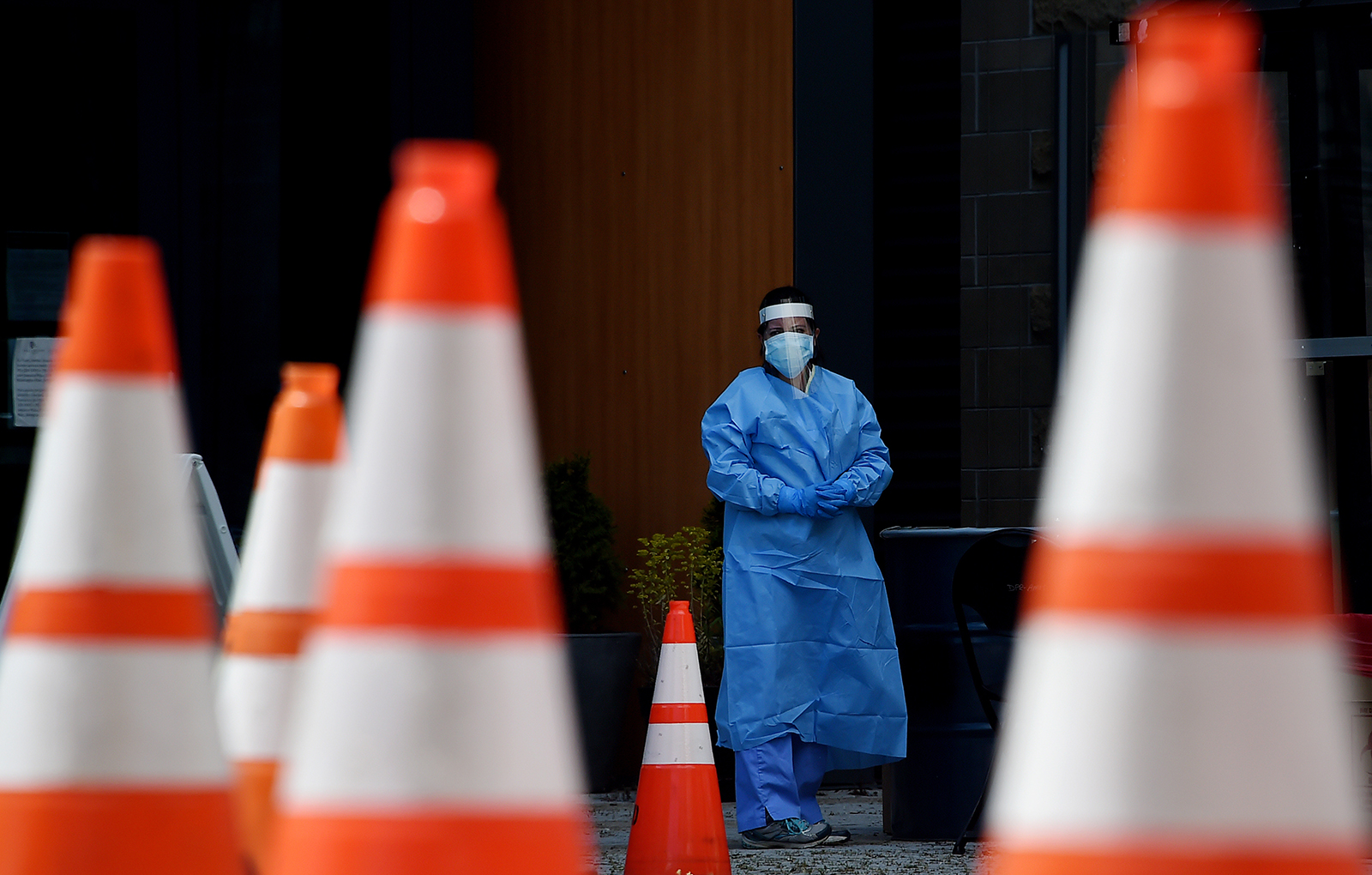 Healthcare workers wait for patients to be tested at a walk-in testing site on May 12, in Arlington, Virginia. Olivier Douliery/AFP/Getty Images

A key coronavirus model often cited by the White House has again raised its coronavirus death projection, now predicting 147,000 deaths in the US by August 4.

That’s an increase of about 10,000 deaths compared to the model’s estimate from this weekend, which was already higher than earlier projections.

On Sunday, Dr. Christopher Murray, director of the Institute for Health Metrics and Evaluation at the University of Washington, tied the earlier increase to “explosive increases in mobility in a number of states.”

Some states saw decreases in projected deaths, however, including Georgia, which is now expected to see 1,500 fewer deaths. The model’s projection for Indiana has also gone down by 1,600 deaths.

On its website, IHME said exact reasons for the changes vary by state. But the institute pointed to “epidemiological indicators and key drivers of viral transmission,” like changes in testing and mobility.