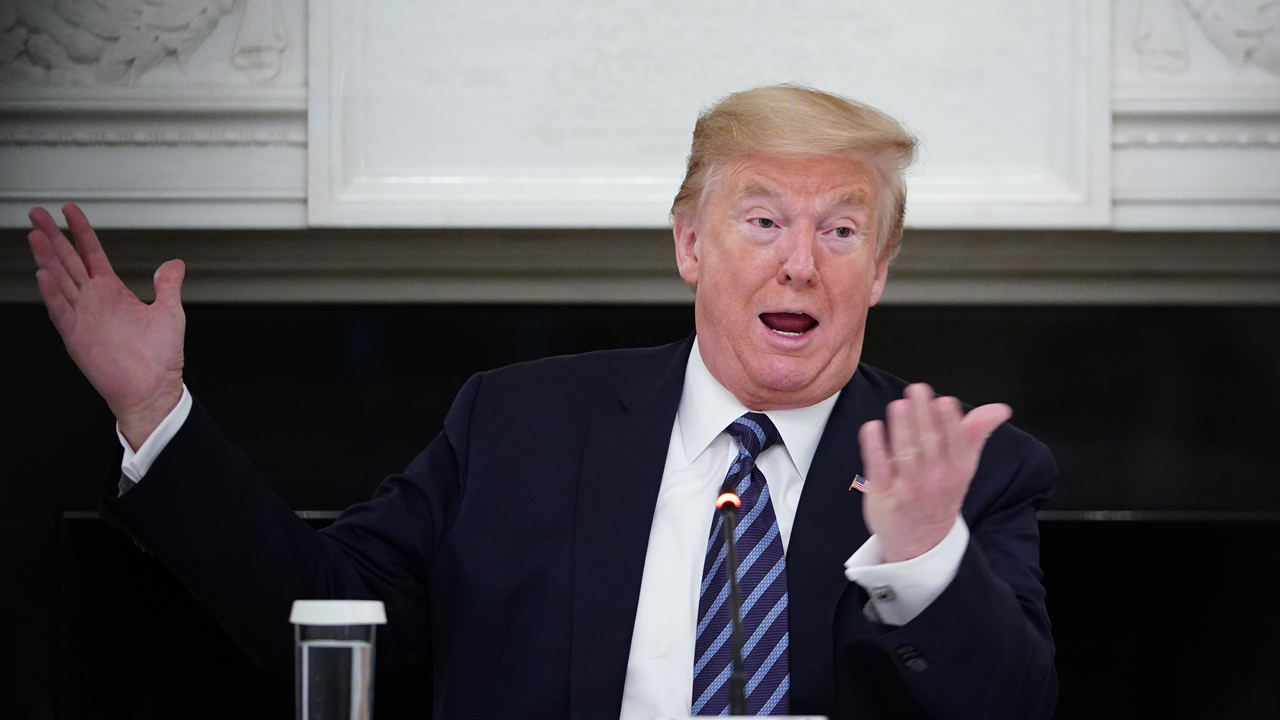 United States (US) president, Donald Trump’s suspension of his country’s annual $400 million (about 15% of the total budget) contributions to the United Nations’ (UN) Geneva-based World Health Organisation (WHO) in the middle of a global pandemic that has killed about 270,000 people and infected over 3.8 million more, was as recklessly outrageous as it was utterly predictable.

Acting as his own prosecutor, judge, and jury, Trump’s action was akin to a pyromaniac fireman pouring petrol on a giant inferno. Democratic Senator, Patrick Leahy, described the act as “making as much sense as cutting off ammunition to an ally as the enemy closes in.”

The US already owed the WHO $200 million when this funding was slashed and continues to act like a deadbeat dad.  By cutting American funding, not only will the country with the largest number of deaths from the pandemic (over 75,000) as well as the highest cases (over 1.2 million) not have access to the WHO’s expertise at this critical juncture, these cuts will also negatively affect the organisation’s ability to combat other US health priorities like HIV/AIDS, polio, and malaria, in addition to its important work on Ebola, cancer, diabetes, measles, malnutrition, and mental health.


Trump accused the WHO of “severely mismanaging and covering up” the COVID-19 pandemic, and of promoting “Chinese disinformation.” But the US president had for months downplayed the threat of the Corona virus. Trump’s daily briefings on his administration’s mismanagement of the pandemic have represented tragi-comic stream-of-consciousness soliloquies in which an unhinged leader has consistently revealed his monarchical delusions of grandeur, prescribed untested drugs and disinfectants as magical cures, and launched savage attacks on the “fake news” of “liberal” journalists.

The global response to Trump’s actions were almost universally negative, with the soft-spoken Portuguese UN Secretary-General, António Guterres, lamenting the ill-timed constraining of the organisation on the “front lines” of combatting this global pandemic. Even European allies criticised Trump’s spending cuts as detrimental to efforts to manage the crisis. The US president had been looking for an external scapegoat to which to deflect attention from his abysmal failure to coordinate the American response to the pandemic effectively. He, at first, dismissed the virus as a “hoax” and compared fatalities from COVID-19 to those of the flu, while impatiently calling for the reopening of the American economy. As the US death toll mounted and the woeful lack of preparedness of the world’s richest country was embarrassingly laid bare, Trump sought to blame his own failures alternatively on the Barack Obama administration and on incompetent state governors.

When this approach did not work, he soon turned his ire on more convenient foreign foes. The US president has used xenophobic language in repeatedly depicting COVID-19 as “the China virus.”  Trump then hit on one of the American government’s favourite bogeymen: the United Nations.  Despite the UN headquarters being based in New York and the world body having effectively been created in America’s image, many of its political leaders have often engaged in wanton acts of attempted infanticide. US politicians routinely accused Egyptian UN Secretary-General, Boutros Boutros-Ghali (1992-1996), of trying to become “the world’s Commander-in-Chief.’”

The warmongering George W. Bush administration (2001-2008) sought to discredit Boutros-Ghali’s compatriot, Mohamed ElBaradei, who headed the UN’s International Atomic Energy Agency (IAEA) between 1997 and 2009. UN boss, Ghana’s Kofi Annan (1997-2006), was roundly condemned by American officials for criticising the disastrous 2003 US-led invasion of Iraq. Some American citizens have, in the past, complained that black UN helicopters have been flying around their country in a bid to create a “world government,” while UN-declared World Heritage sites in the US are regarded by many as a violation of American sovereignty. It is this deep well of mistrust of the world body from which Trump is now drinking. He had withdrawn the US from the UN Educational, Scientific, and Cultural Organisation (UNESCO) last year for the organisation’s alleged anti-Israel bias.

Despite this funding fiasco, the 194-member WHO which was established in 1948, remains indispensable to solving this crisis. Its annual budget of $2.7 billion has not risen in real terms for four decades, representing real value for money. WHO’s Ethiopian Director-General, Tedros Adhanom Ghebreyesus, has energetically and eloquently sought to inform the world about the virus, and to drum up global support for slaying the pandemic. A former Ethiopian health and foreign minister, Ghebreyesus has a doctorate in Community Health from Nottingham University, and a masters in Immunology of Infectious Diseases from the University of London, both in England.


The WHO has sought to learn lessons from its management of the 2009 swine flu pandemic that spread from the US in 2009 to kill over 150,000 people globally, as well as from its grossly inept and tardy response to the Ebola crisis which killed 11,320 people in West Africa in 2014. Though delaying calling the spread of the Corona virus a pandemic until March, and being too optimistic at first about the containment of COVID-19, the WHO did react fairly timeously to this crisis, and has coordinated efforts on diagnostics, drugs, vaccine research, purchasing of personal protective equipment, as well as helping countries to share information on the pandemic. The organisation has also prioritized assistance to poorer countries with weak health systems, and half of its regular budget is spent in Africa.  With the continent’s external debt standing at about 60% of GDP, these countries will need all the help they can get to tackle this pandemic.

Ghebreyesus has, however, not always displayed political astuteness, and could have avoided some obvious missteps.

The WHO chief showed political naivety in effusively praising China’s “transparency” (despite Beijing’s reported six-day delay in warning the public about the virus), and repeatedly urged the globe to adopt China’s response to the crisis as a model. The Ethiopian technocrat should have anticipated the potential backlash his words would eventually trigger from Washington. Trump himself had hypocritically earlier backed Beijing’s cooperation with the WHO, and praised China’s handling of the crisis. Beijing had, in fact, informed the WHO about the virus within a fortnight, though it delayed a visit by WHO officials to Wuhan. Ghebreyesus was thus justified in visiting Xi Jinping in order to gain access for his staff.Part of Washington’s pro-China criticism is also based on reports that the WHO failed to provide Taiwan with crucial information at the beginning of this crisis.  But despite American criticisms of the UN body’s supposed Sinophilia, the WHO was, for decades, ironically criticised by many countries for being an American poodle.