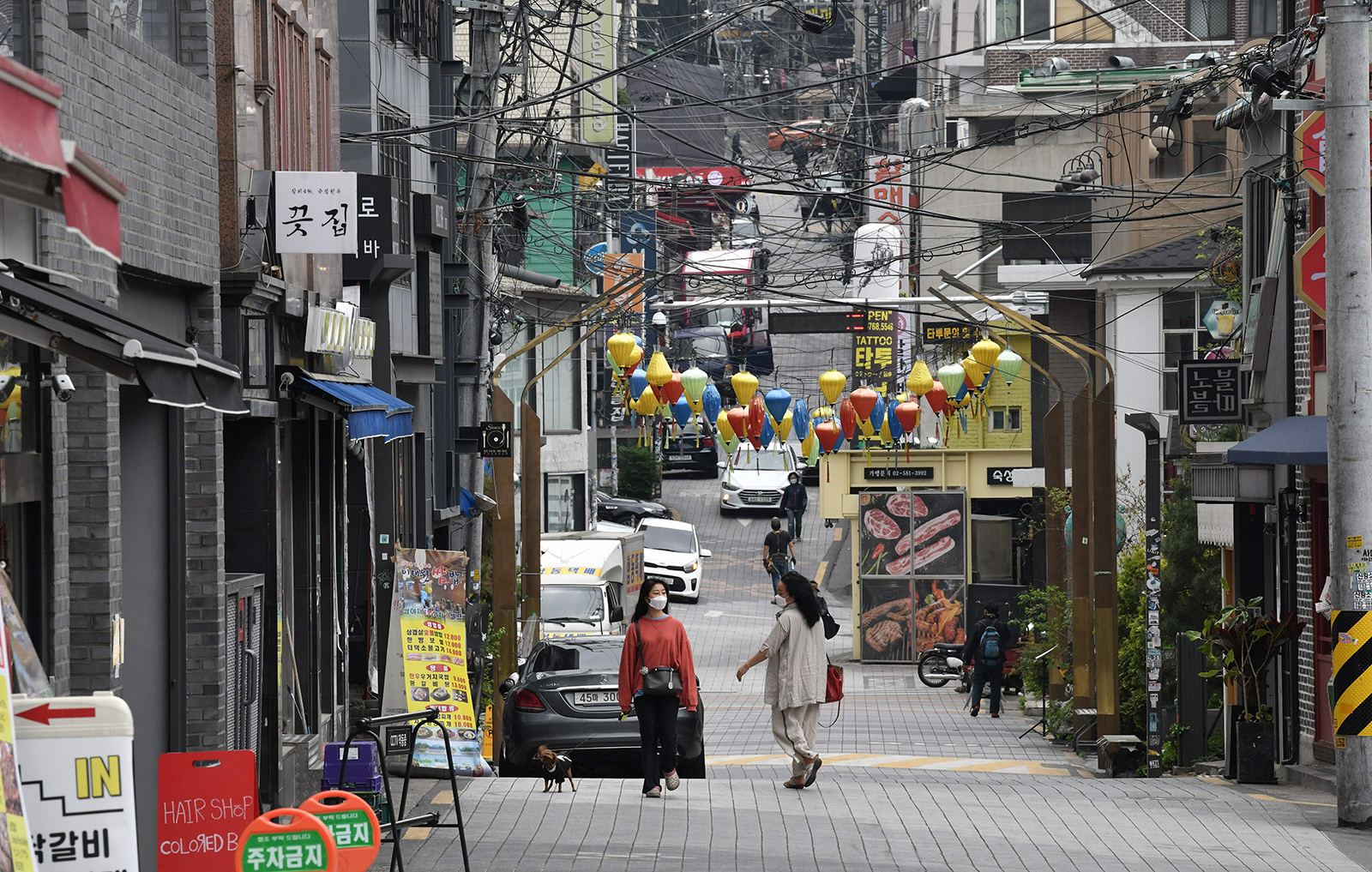 Pedestrians wearing face masks walk through the nightlife district of Itaewon in Seoul on May 12. Jung Yeon-Je/AFP/Getty Images

South Korean authorities have traced 28 further coronavirus cases to a nightclub cluster in Seoul, bringing the total number of new infections linked to the Itaewon nightlife district to 119.

Vice Health Minister Kim Gang-lip said in a news briefing today that around 20,000 people had been tested in relation to the Itaewon outbreak.

According to Kim, one of those who tested positive was a private tutor in Incheon, a city bordering the capital. The patient initially hid his movement but his GPS location tracking revealed his place of work. Eight new cases were then discovered, of which six were middle and high school students, Kim said.

Two out of those eight cases had each gone to church services last weekend. Now epidemiological investigation is being conducted on the church congregations.

Kim said that Incheon city announced that it will pursue legal action against the tutor and if found guilty, he could be punished with up to two years of prison.

North Chungcheong Province office announced on Wednesday that there were at least seven members of the military who tested positive in relation to the Itaewon cluster.

Seoul Mayor Park Won-soon said today that 10,905 people were confirmed to have been near the clubs, based on phone records, and 11% of them had been foreigners.

Seoul city is texting those numbers in English to encourage testing, Park said. Six foreign English teachers reported that they have been to the clubs and the city is waiting for results of their tests.

Overall, Korea added 26 new cases to the nation’s overall confirmed count on Tuesday, bringing the total to 10,962. One new fatality was reported, bringing the death toll to 259.